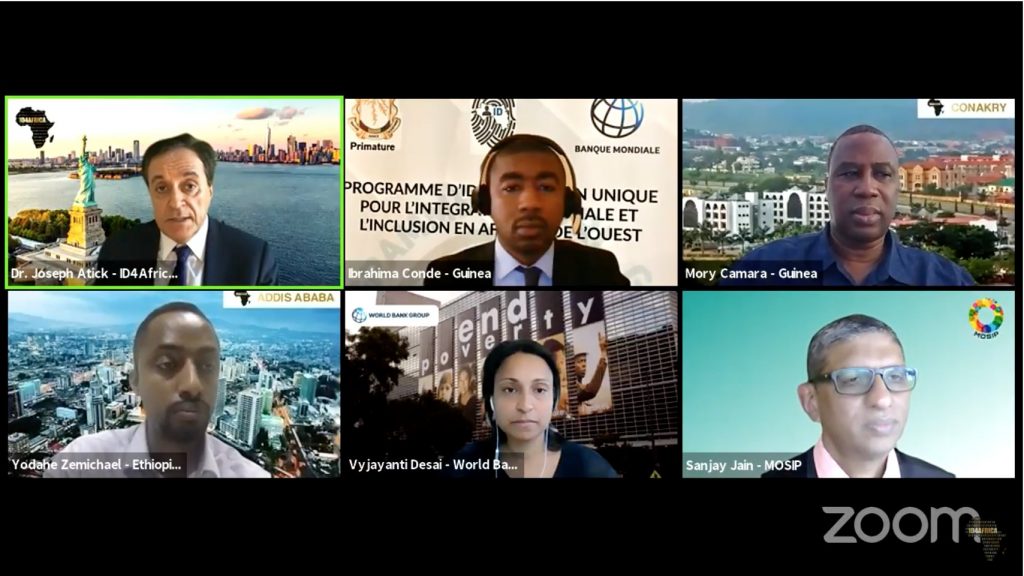 Several open-source approaches to digital public goods that can help countries establish or build on digital ID systems without falling prey to vendor lock-in were presented during the latest ID4Africa webinar.

‘Digital Public Goods Initiatives as Pathways to Identity Development,’ which is part one of a two-part series. The first covered open-source initiatives, and the follow-up on January 14, 2021 will present the open API-based approach.

A survey conducted at ID4Africa’s annual event in 2018 revealed that vendor lock-in was the top source of dissatisfaction among government identity stakeholders across Africa. The same survey showed a strong satisfaction with the observance of international standards, however, suggesting a way forward, as Atick explained. Open source and open API-based solutions have since emerged.

ID4Africa itself does not endorse a particular approach, but rather advocates for the adherence to the Principles on ID for Sustainable Development. Vyjayanti Desai of The World Banks’ Identity for Development (ID4D) working group reviewed the principles, created as a normative framework by an initial alliance of 25 organizations in 2017, in the first presentation of the event. The principles have applied by various countries and global initiatives, and been viewed or downloaded more than 28,000 times. Updated principles will be released in early-2021, likely January.

Desai also cautioned viewers to beware of a false distinction between open source and open standards, which can be complimentary. A lively back-and-forth with Atick and questions from the community followed, with Desai emphasizing the importance of addressing data protection risks.

Liv Nordhaug of the Digital Public Goods Alliance spoke about the organization and its mandate. The Alliance has created an open standard for digital public goods, consisting of nine indicators. Digital public goods should have open source code to help ensure flexibility and transparency, Nordhaug argues. Open source can also help with piloting.

How to keep open source skill capacity in the pubic sector was discussed by Nordhaug, who noted the building of capacity through academic scholarships by DHIS2, which is a highly-scaled digital public good used in health systems by dozens of countries.

Nordhaug and Desai also spoke about the governance of the alliance and the principles, and the differing approaches to ensuring that systems “do no harm.”

Sanjay Jain of MOSIP described the initiative as a digital public good, and how it uses open source software to provide the tools for foundational digital ID without vendor lock-in. He described the role of private and civil society partners in MOSIP’s commercial and biometric ecosystem, integrations, technology collaborations and contributions. Biometrics participants in the ecosystem include Aratek, Tech5 and Mantra, while integrators include Idemia, Thales and HID Global. Jain answered community member question about the initial and long-term cost-of-ownership of MOSIP-based digital ID, and the possibility of including open-source biometric algorithms.

Jain also noted that there is work to be done on many OSIA APIs to make that approach a reality, but also acknowledged the potential for the systems to work together.

Edward Duffus of Plan International spoke about Open CRVS, another example of a digital public good. Open CRVS completed a proof-of-concept project in Zambia and began a pilot in Bangladesh prior to the onset of COVID-19, and has recently been working on interoperability, including with MOSIP.

Lesley-Ann Vaughan presented the Mojaloop Foundation, a digital public good in the form of a financial inclusion initiative running in parallel with digital identity systems, which seeks to leverage the wealth of fintech innovators already operating across Africa.

Mojaloop focusses on collaboration for infrastructure, to enable banks and fintechs to reach more people with more services, while avoiding overlap with them.

Mory Camara and Ibrahima Conde of Guinea and Yodahe Zemichael of Ethiopia then spoke about their experience with digital public goods. Ethiopia is working with MOSIP to improve its identity system, testing the software with biometric hardware and the ABIS it licenses. Guinea is likewise working with MOSIP as it attempts to extend digital identity to all Guineans through its WUIR project, spending the last two months identifying the key resources the country needs to launch its implementation.

Participants also answered some questions in the text chat during the virtual event.

The session concluded with a discussion on the relationship between open source software and the innovation and business sides of the identity ecosystem.

The upcoming ‘ID4Africa 2020: Marathon of Innovations’ will complement the webinar series the Movement has hosted so far this year, with a focus on policy and frameworks by bringing in the technology and business aspects. Innovations in digital identity and new biometric technologies will be presented by 42 companies over the course of the three-day event. The Marathon of Innovations takes place December 8 to 10, from 10:00 am CET each day, culminating with the ‘Fishbowl’ session, as has become traditional for ID4Africa’s annual meeting.