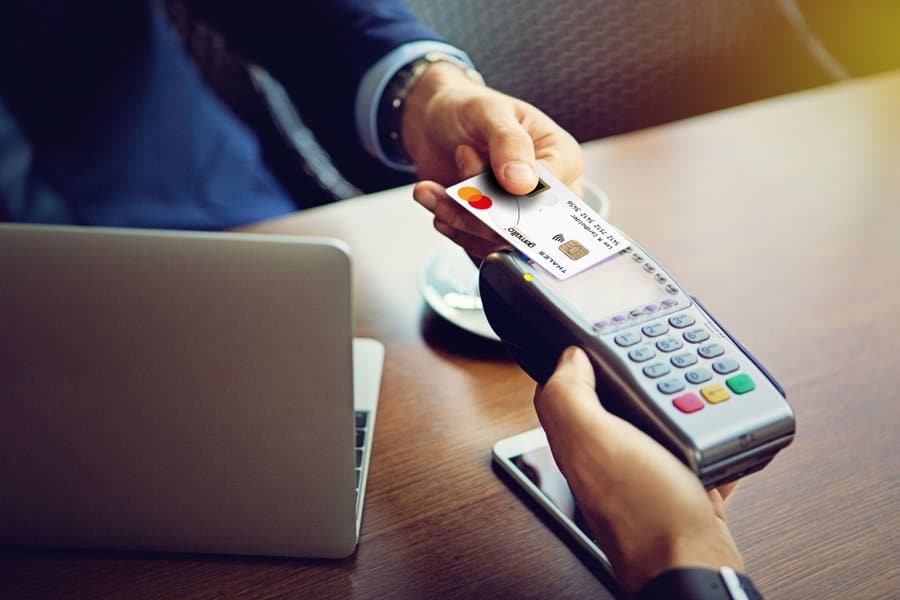 A video from Mastercard starts by noting the twin importance of security and positive payment experience.

“Biometrics has raised the bar, especially in today’s converged world,” the narrator declares. Mastercard reviews key features of biometric payment cards, like fingerprint data staying on the card, and the technology working with existing EMV terminals.

The video depicts what the narrator calls “a disposable enrollment device,” the sleeve enrollment solution developed in partnership with Idex Biometrics, and green and red LEDs lighting up on the card to indicate success or failure.

The biometrics card’s benefits include removing the need to inform to inform the issuer before traveling, or to reset a forgotten PIN. Higher approval rates, less fraud, and card differentiation are other potential benefits listed.

Despite the spectacular growth in mobile device use and digital account opening, Thales says in a company announcement that cards and mobile will “coexist and share various payment scenarios” for at least the next decade.

The popularity of biometrics beyond payments is shown by the 1.2 billion passports with embedded biometrics circulating in 2020, and the 1 billion smartphones equipped with fingerprint sensors shipped during the year, according to Thales. The company compares fingerprints to other biometric modalities, and notes that smart watches may soon offer authentication with vein biometrics.

The article reviews EMV and ISO card standards, how enrollment is performed and power supplied, and the accuracy of and use cases for the cards.

Thales goes on to discuss the use of biometric payment cards as an identification method, such as for collecting social security benefits.

A video released in June from Thales also depicts a plastic sleeve, and claims enrollment takes four thumb placements. Completed enrollment is signaled with a flashing green light on the card itself. Entry of a PIN code is necessary during the first transaction after biometric enrollment for additional security.

Thales has now conducted 30 months of trials of its Gemalto Biometric Sensor Payment Card with nine pilots in different countries. Feedback from those trials includes 60 percent saying they would pay an extra 1€ per month for a biometric card, and over 80 percent were satisfied with the experience for contactless transactions.

Several banks in the UK, France and Switzerland that have begun customer trials are preparing for commercial launches, with major issuers planning “the first significant deployments in Europe in the next quarters,” according to Thales.

Eventually, the company’s vision for payments will include wearables, along with cards and mobile devices.

The F.CODE fingerprint enrollment experience from Idemia also involves a sleeve, which has two integrated LEDs, as depicted in a video of its own.

A light on the sleeve blinks to verify the successful enrollment when the card is re-inserted after the initial enrollment is complete.