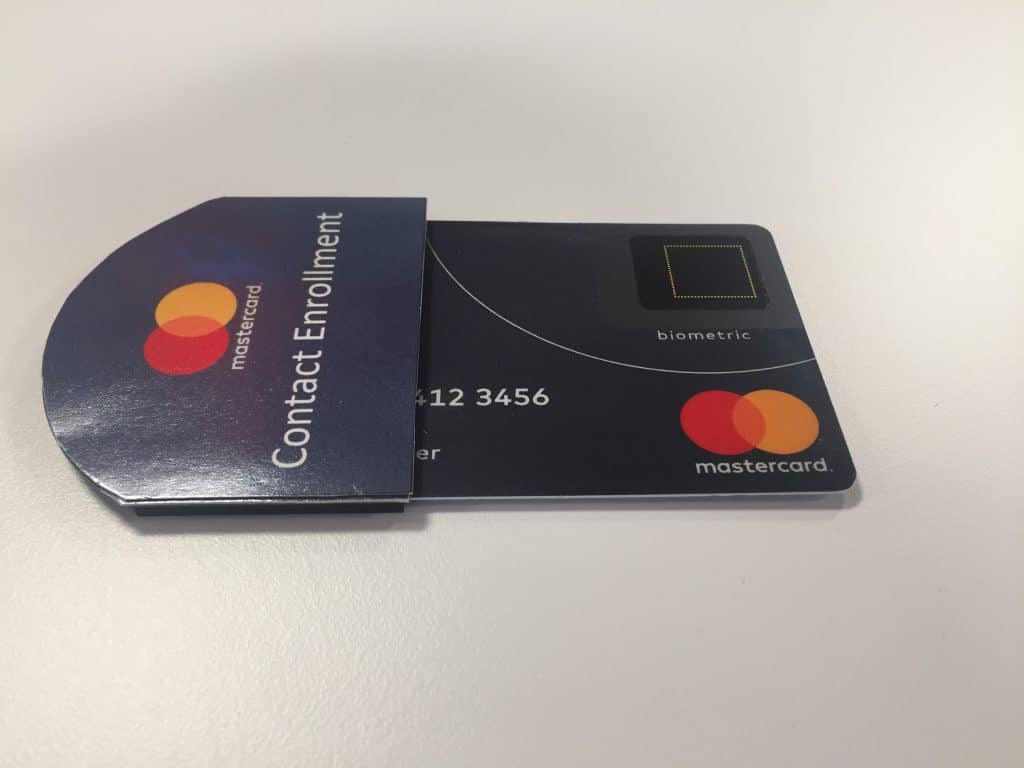 A battery-powered sleeve enables self-enrollment of the contact or contactless card, with technology integrated with the card creating and securely storing an encrypted digital template of the user’s fingerprint.

“Making life safer and simpler for consumers is the cornerstone of our efforts around biometrics and comes through the use of some incredibly sophisticated technology,” said Mastercard Executive Vice President of Identity Solutions Bob Reany. “People love the security our biometric card delivers because we put their needs first. The card draws power from the payment terminal so it can be used anywhere, we use a flexible biometric scanner so it’s more durable, and now we have a sleeve to register fingerprints so people don’t have to make a trip to a bank branch.”

The remote enrollment solution was developed by IDEX, in partnership with Mastercard.

“We are very pleased to have partnered with Mastercard to develop the remote enrolment solution that it announced today. Issuers and consumers are increasingly demanding biometric cards, and to successfully deploy this in volume there is a need for mass enrolment. The revolutionary solution announced today does not require users to enrol in a branch office, and does not need any new infrastructure,” said Stan Swearingen, CEO of IDEX.

The simplified registration process will encourage adoption by both issuers and consumers, according to the announcement, and also provides a cost-effective way for issuers to deliver the biometric cards at scale without requiring new infrastructure in branches. Consumers can use the cards for contact or contactless transactions at any EMV terminal by placing a finger on the embedded sensor and inserting or tapping it as they normally would, with the terminal providing the necessary power. Issuers can benefit from improved fraud detection and prevention, higher approval rates, and increased customer loyalty, Mastercard says. Merchants can offer biometric payment with existing Mastercard-supported EMV card terminals.

The first European trial of Mastercard’s biometric cards was completed in August, with cards using a sensor provided by IDEX.

Mastercard has retired the signature for in-store purchases with its payment cards in North America as of April, and Reany told Biometric Update in late 2017 that he expected most of the innovation behind biometric payment cards to be completed in the first half of this year, though mass adoption could still be a few more years away.