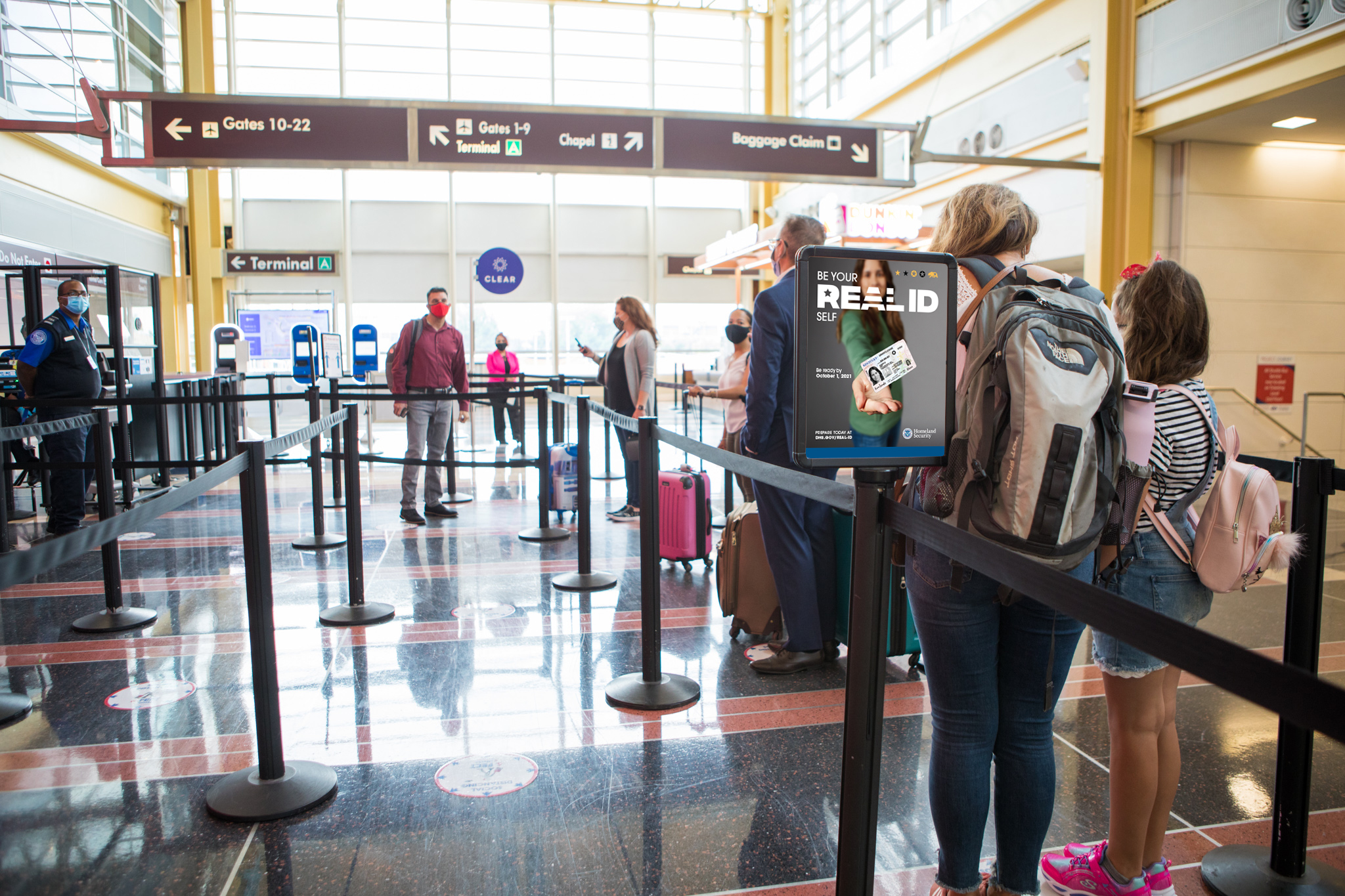 The U.S. federal government can appear so clueless in its enormity, but it really knows its citizens.

The biggest ever change in how individual Americans officially, biometrically identify themselves is coming October 1, and the feds seem ready to remind everyone, perhaps monthly.

October 1 is when anyone wanting to travel domestically through federally regulated airports or to enter federal facilities and nuclear power plants needs to be carrying a Real ID-compliant drivers’ license or similar card.

The latest nudge was just posted by the Department of Homeland Security, eight months ahead of the October 1 deadline.

Anyone trying to access those installations without their state’s Real ID-compliant identification card (or fed-approved alternative) after September 30 will be turned away.

One can assume that people with business at a nuclear plant will have followed this development, but the hundreds of millions of members of the general public … .

A Real ID card is just a document that meets federal anti-counterfeiting standards created in the wake of 9/11. The new rules (enforceable beginning October 1) make the card harder to forge, increase security at card-making factories and, of course, mandate presenting one to access sensitive facilities.

It does not replace a passport when traveling overseas, including voyages on cruise ships visiting foreign ports. This is true before, on or after October 1, when Real ID enforcement begins.

Setting aside people who will somehow miss news of the deadline (it can take 10 weeks to get a new driver license), an embarrassing number of U.S. residents without a doubt will be operating under a fully formed and utterly unhinged conspiracy theory about the Real ID by October 1.

Something about chemtrails is a good bet.

Regardless, some disruption is expected after 12 am October 1.

In a related event, Condé Nast Traveler met the new year telling its moneyed readers how to avoid subjecting themselves to face scanners and other biometric systems while traversing airports.

The editors point out the four areas most likely to involve biometric readers, and given the presumption that wealth and intelligence are at least casually related, the list is disconcertingly obvious.

Traveler’s best advice? “Notify a [Customs and Border Protection officer] or an airline, airport, or cruise line representative in order to seek an alternative means of verifying” one’s identity.

Prudent planners will arrange their schedules so that they are nowhere near any commercial airport or federal courthouse October 1, or during October.

Maybe through the fall.