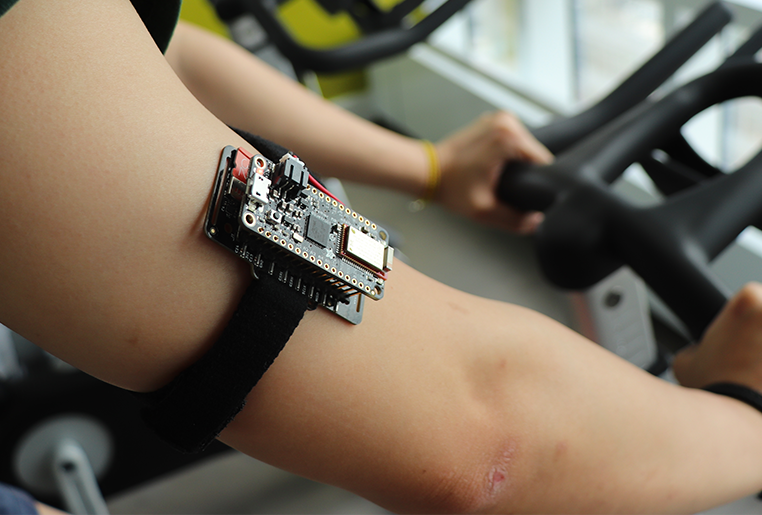 A new biometric, wearable sensor module based on Arduino is now available on Kickstarter.

“Wear in any orientation, anywhere on the body, and start measuring biometric signals! Built-in slots make it easy to wear EmotiBit any way you want,” reads the Kickstarter page.

Since the data is 100 percent user-owned, it can be recorded directly to the built-in SD card, and viewed through a cross-platform visualizer available for Mac, PC, and Linux, and built on the OpenFrameworks creative-coding toolkit.

The visualizer also allows for data streaming and, being open-source, enables further customization of the platform.

“Packed with sensors in a wearable form-factor, EmotiBit is 100 percent customizable and hackable thanks to its open-source technology,” the company explained. “EmotiBit is fully compatible with the Adafruit Feather ecosystem and Arduino. Easily tweak it to do anything you want!”

These include a GSR/EDA sensor to read emotional, cognitive, and physiological data, a thermistor to read body temperature, and a PPG sensor to measure heart rate, respiration, and other health biometrics.

EmotiBit is now live on Kickstarter, with early bird pledges starting from $199 for the basic package, and all the way up to a $375 Early-bird ‘Rockin’ & Researchin’ Bundle’ that includes the device, a research-grade EmotiKit Addon, a factory calibrated Adafruit Feather, a 400mAh battery, and a high-speed MicroSD card.

If the production of the devices follows without issues, backers should start receiving their EmotiBit gadgets around February next year.

Biometric wearables for health monitoring are an industry growth area, with several devices trialed, launched or introduced to new settings this year.