Wearing your facial recognition system around your neck 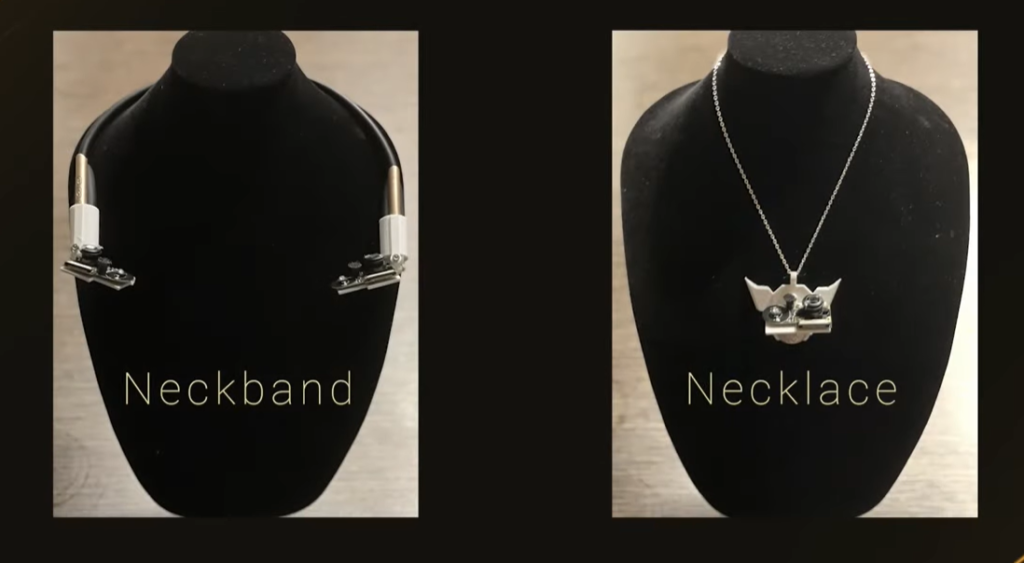 NeckFace monitors a person’s full face using one or two infrared cameras pointed up from south of a wearer’s neck.

Cheng Zhang, assistant professor of information science, led researchers in developing NeckFace at the Cornell Bowers College of Computing and Information Science. Zhang previously came up with C-Face, a headset that monitored people’s faces and emotions.

Two versions have been tested. One involves twin cameras hung at the collarbone from the end of an arching neckband. A second is a single pendant camera on a longer cord.

The facial recognition devices compared favorably with an iPhone X’s TrueDepth 3D camera, according to the researchers. Not unexpectedly, the twin cameras hanging below and to the side of a subject’s face performed better in terms of recording detailed data.

Cornell says the device would be a good addition to virtual reality activities and could help with silent speech recognition.

Thirteen participants in Zhang’s NeckFace study offered eight expressions while walking and then while seated.