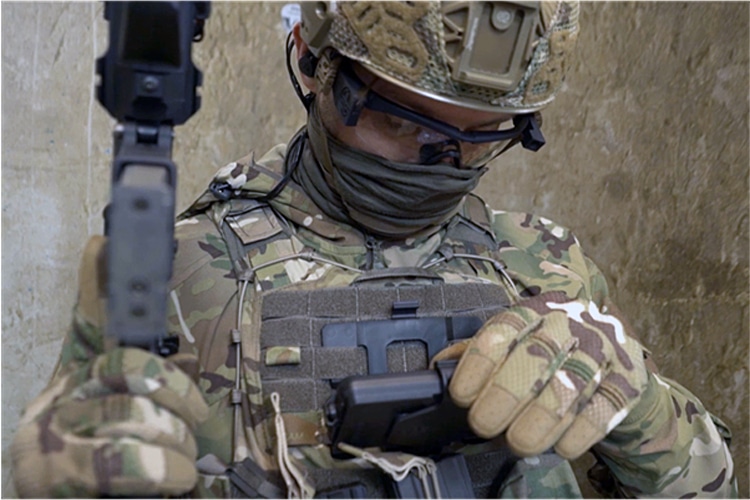 A system utilizing biometrics and augmented reality has been developed for military training by 4GD, ostensibly to provide realistic simulations of combat scenarios without corralling all of associated resources, Military.com reports.

4GD is a British-American company developing training materials to prepare soldiers for future combat missions. The company wants to enable soldiers to utilize new technologies, such as by coordinating with snipers and drones, and reading intelligence pushed to the chest-mounted tablets used in the field.

The idea is similar to the U.S. Army’s Synthetic Training Environment project which uses biometrics and an Integrated Visual Augmentation System developed by Microsoft.

4GD’s goal is to provide training for urban combat environments, which are traditionally difficult for forces to simulate. The report notes that West Point cadets use a training compound that consists of around a half-dozen cinder-block structures located in a forest clearing. At the same time, virtual reality helmets come with their own training limitations, including cutting off the peripheral vision soldiers often need to rely on in the field.

The company addresses this with a hybrid approach, including a dedicated physical training space and remote interaction with wrap-around screens. No military customers have adopted 4GD’s full system, though the company has reportedly sold some elements from it, and is participating in the Army Warfighting Experiment being run by the UK Ministry of Defense.