Smart glasses and augmented reality technology specialist Vuzix signed a series of new deals at the end of 2021 which will see its hardware deployed in more settings via a deal with an NEC division for facial recognition, another with Verizon for AR and a distribution contract in Europe.

The application of augmented reality in sports training and gaming is set to take a step forward as Vuzix signs a deal with Verizon to leverage its 5G and edge computing power to deliver what the companies describe as a first-of-its-kind experience.

A proof of concept of the pairing in 2021 showed improved response time, longer battery life and increased computing capacity for the smart glasses.

NEC Solution Innovators (NES), a multinational IT and electronics firm and leading system integrator in Japan, has selected the Vuzix M400 Smart Glasses for mobile deployment of its facial recognition system.

The NeoFace Kaoato facial recognition system is used in commercial and public facilities such as schools, hospitals and department stores. Bringing in smart glasses with the system on board will allow mobile face recognition for areas not covered by surveillance cameras. 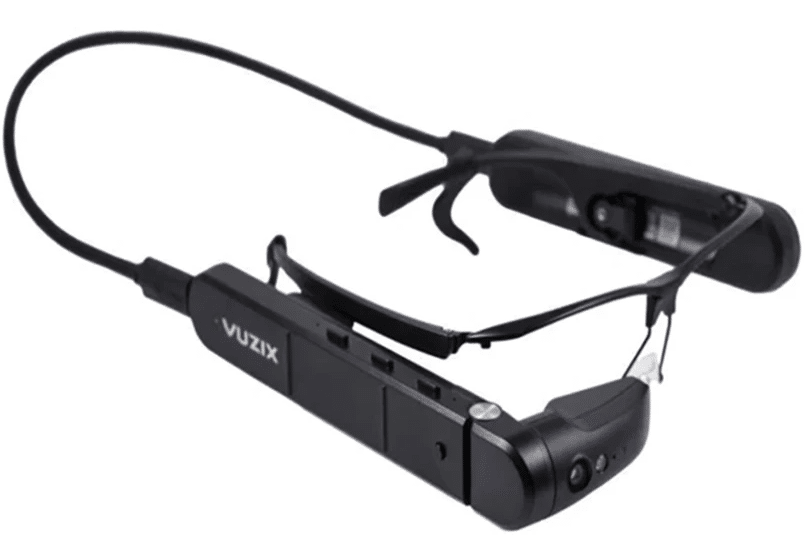 “We are pleased to be specified as the smart glasses solution within such a comprehensive identification system by a recognized leader in the space,” comments Paul Travers, president and CEO of Vuzix.

In May 2021, NEC announced that it had developed a way to speed up NeoFace biometrics by up to 20 times while maintaining accuracy.

Vuzix signed a distribution deal with Austria-based Barcotec earlier in December to supply the European market and has already received and shipped its initial order for Vuzix smart glasses.

Barcotec specializes in supplying hardware, services and a device management cloud to regional and international companies in 36 countries. It has expertise in identification technologies such as voice and RFID, as well as wearables and communications systems.

“We look forward to expanding our distribution activities throughout Europe with Vuzix because it allows our customers and partners to adapt their applications even more diversely to current market requirements,” comments Alexander Rainsberger, managing director at Barcotec.

“New Vuzix customers and partners can now take advantage of the rapid availability of Vuzix products and accessories from our Salzburg headquarters. Remote work is here to stay and is a key business enabler for the future.”