It can be crazymaking to group ID products; Liminal updates landscape

Digital ID product segments continue to evolve, according to a business consulting firm, and while it is difficult to discern an industrywide trend from recent moves, it seems clear that investment money is finding targets.

According to a report by Liminal, more digital ID unicorns were born last year than ever before. The company publishes its annual Digital Identity Landscape to sketch the fluidity of product and feature evolution.

Executives created a new product segment — eIDs, civil IDs and ID networks –to replace self-sovereign ID. They expect this area to evolve the most compared to other segments over the next three years as vendors mature and features become more defined.

Interestingly, KYB and KYC has been separated for the first time and the segments named business and entity verification and identity verification. The company attributed the change to operational changes at account opening that have become increasingly distinct.

Executives said it had become “difficult to split the hairs enough when it came down to product feature fit.” The segments now are categorized under three existing segments: biometrics, authentication, and fraud detection and prevention.

In a move that the firm said is “small but mighty,” alt credit and alt financial ID have both dropped the “alts.”

There is not enough daylight between alternative and conventional data used for credit-decision and analysis products. In the same field, credit bureaus have been added to the credit and financial ID segment. 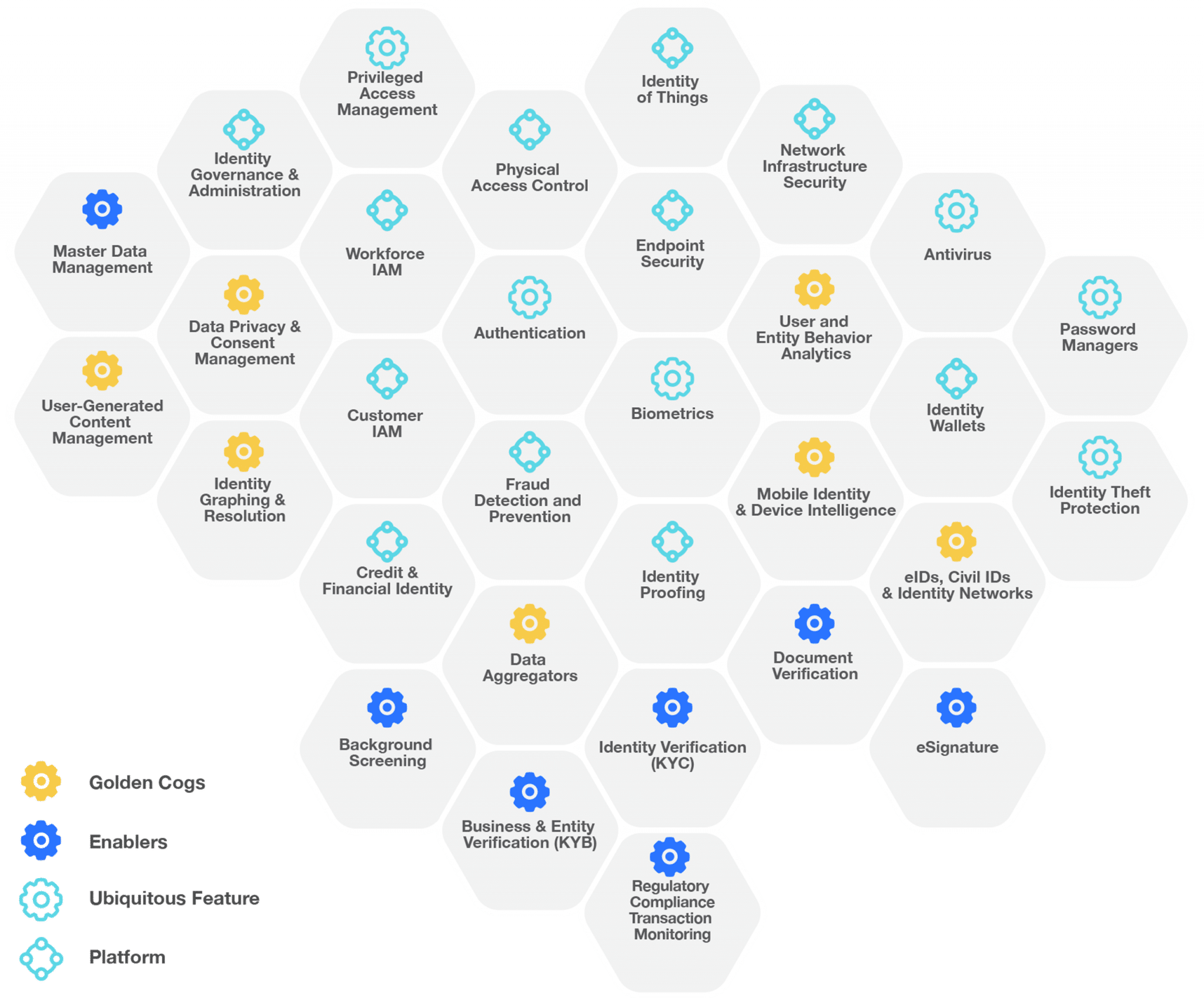