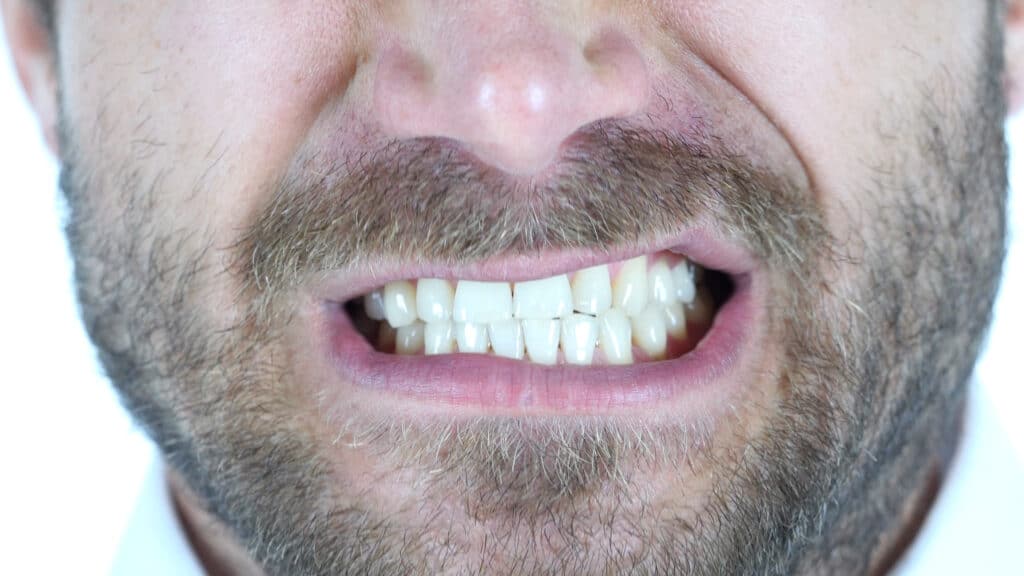 In a development that begs the question, when will stomach-growling be a biometric identifier, separate research studies from the United States and China say that teeth-grinding can ID a person.

Everyone’s teeth are different, as are their jaws and the way they move their mouth when grinding their teeth. So, the teams used earbud-like devices with microphones to listen in and pass the data on to new biometric algorithms.

Although the development should be called grind recognition, it is being pushed as dental authentication, according to reporting by trade publisher Unite.AI.

An unreviewed study by a research team from Florida State and Rutgers universities reports that the so-called ToothSonic is 95 percent accurate “with only one of the users’ tooth gestures.”

Teeth-grinding is a superior identifier because, as the report’s authors state, teeth are “hidden in the mouth and skull.” That checks out. The ToothSonic would achieve wide acceptability, too, according to the report, because it would work without scanning a hand or an iris.

The Chinese team, from several Chinese universities and Temple University in the United States, came up with TeethPass, a dental occlusion-based authentication device.

Their paper claims biometric authentication accuracy of 96.8 percent. Like the ToothSonic, TeethPass collects teeth noise conducted through the skull and through the ear canal.

There are similar devices making the rounds, including VoicePop, which recognizes pop noises made when people breath. LipPass, which, according to the Chinese team’s paper, finds unique signatures from a person’s “speaking lips.”

Apple, with has millions of dollars’ worth of electronics stuffed into the ears of people around the world, filed for a patent on a biometric anti-eavesdropper app for its AirPods. A signal would acoustically map an ear canal to verify a person’s identity.