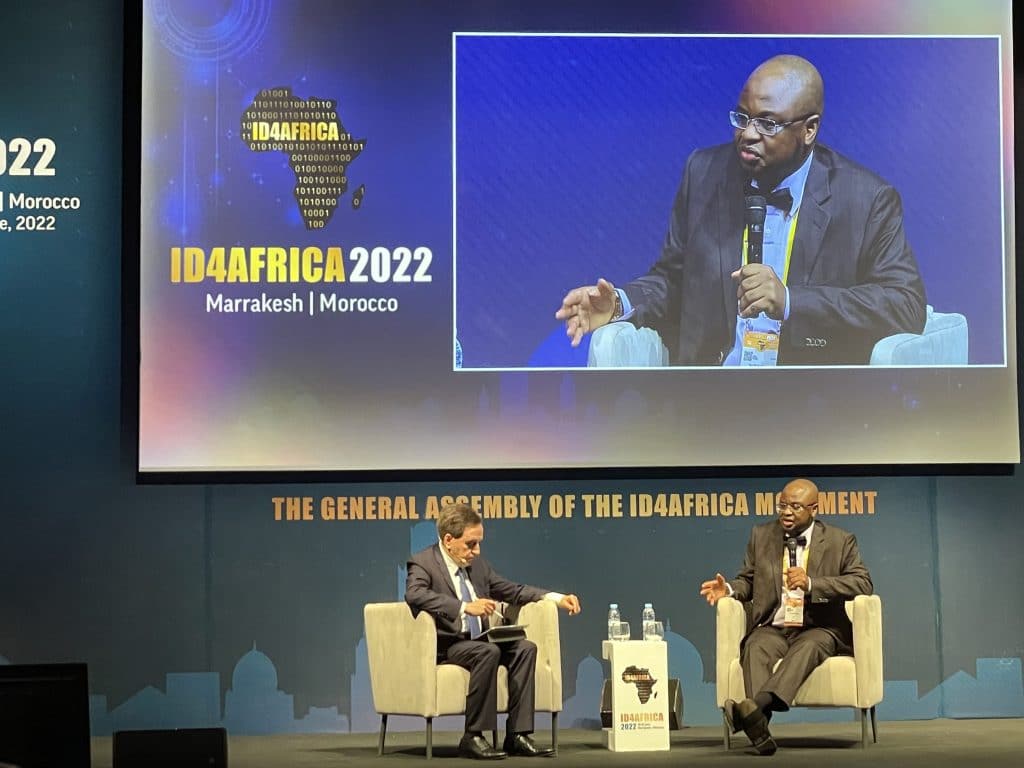 Nigeria’s minister of Communication and Digital Economy, Professor Isa Ali Ibrahim Pantami, says his country’s vision is to complete a foundational digital identity database that will be the basis for strategic national planning in areas of life including education, healthcare, agriculture and even national security.

Pantami was speaking with Dr. Joseph Atick during the To-the-Point segment during Day One of the ID4Africa Augmented General Meeting in Marrakesh, Morocco. The talk falls under the broad plenary session theme, The Identification Arena.

All the speakers on the first day expressed a common belief that digital ID systems should be biometrics-based, that risk management mechanisms were critical and that systems be absolutely inclusive.

According to Pantami, the Nigerian digital ID agenda received a big boost with the creation, in 2007, of the National Identity Management Commission, which has since been the principle body entrusted to create and manage a database for the country’s digital identity and digital transformation ambitions.

The commission now holds the biometric data of about 83 million people, he said, and that number is likely to jump significantly in the next couple of years because Nigeria’s unique national identification number, dubbed the NIN, is now required to access multiple government services. Nigeria should have a complete biometric database of its citizens by 2025, Pantami said.

There are plans for data harmonization, he said, in government data will be gathered into a single data repository.

Responding to a question on data protection and privacy, Pantami said the Nigeria Data Protection Regulation bill is before the parliament for scrutiny, but insisted that there has been no gap in this regard as the government has already put in place subsidiary legislation as passage of the principle legal framework is awaited.

The importance of digital identity cannot be estimated, he said. Most of the United Nations Sustainable Development Goals cannot be fully achieved without countries setting up working digital ID systems.

Funding being essential, the Nigerian government is highlighting Pantami’s successful push to increase the commission’s budget as an example of how seriously the nation takes digital IDs.

Borrowing to fund digital ID ecosystem projects, if that becomes necessary, is also not a bad idea, he added. Nigeria has secured some loans and the World Bank is offering support under the Bretton Woods institution’s ID4D program for digital ID schemes in developing countries.

It does not hurt financing efforts that Nigeria prefers to have an indigenous digital ID system, Pantami said. In fact, there are more than 200 home-grown applications licensed for ID enrollment.

Other speakers during the plenary were either from countries which are rolling out new digital ID systems or those that have already been established but are working to upgrade them in order to facilitate service delivery.

For projects that are still new and that which involve building systems based on open-source technologies, the plenary members listened to the experiences of Ethiopia. The country is running a pilot while holding stakeholder consultations for its digital ID system. For comparison, Morocco has its eID project and the Philippines has its PhilSys.

Discussing Ethiopia’s biometric ID scheme, Yodahe Zemichael, executive director of the national ID program, said the nation plans to issue 70 million IDs for all use cases by 2025. Zemichael said the system is inclusive, has data protection guarantees and will be the tool that Ethiopians to use to access public services.

Of the Rwanda experience, the National Identification Agency ‘s general director, Josephine Mukesha, said a review of the legal and governance frameworks showed reforms were necessary at all levels. Mukesha said reforms include an expansion of the number of institutions allowed to register births and deaths.

She attributed the successful reform on strong political will, a high penetration level of information and communication services in the country and funding from government and development partners.

Cote d’Ivoire’s National Agency for Civil Registration and National Identity general director, Christian Ago Kodia said the nation is remaking its civil registration system into one that is efficient and secure. He said the process has enjoyed significant levels of political and popular support.

The last three speakers of the plenary were from Uganda, South Africa and Kenya — countries where digital ID systems are being scaled up for better service delivery.

Each speaker highlighted the importance of digital ID in their country’s future and explained how their unique systems are working to protect against emerging threats such as digital surveillance and identity theft.

Atick suggested that legacy systems should be looking at privacy-by-design options for updating their digital ID.