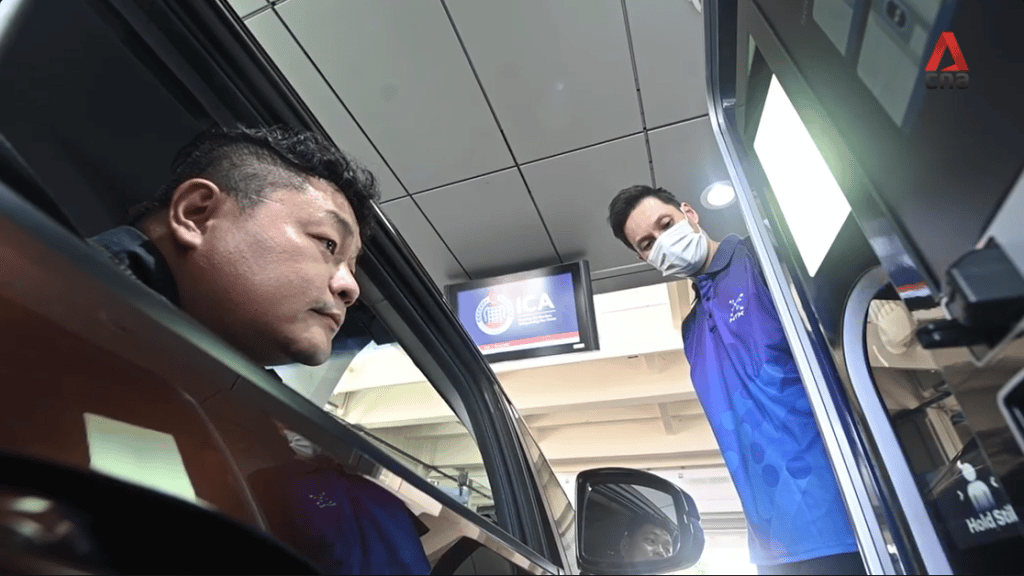 A pilot has begun at the Woodlands Checkpoint in Singapore for a new biometric version of the Automated Passenger In-car Clearance System (APICS) from Tascent, which requires people driving into Singapore to go through border clearance without having to interact with any immigration officials or leave their vehicles.

As reports The Straits Times, the APICS system, which was launched late last month, uses a facial and iris biometrics system to authenticate the passports of people getting into Singapore through the Woodlands Checkpoint. Woodlands Checkpoint is one of two land entry points into the country.

The report recalls that the new version of the APICS is remodeled from an earlier one which required passengers to prove their identity through fingerprints using a scanner extended to them at the clearance zone by a robotic arm. The fingerprint system which was trialed in 2017 was said to be cumbersome to use.

Singapore’s Immigrations and Checkpoints Authority (ICA) began replacing fingerprint biometrics with face and iris in late-2020, and has worked with Tascent and NEC at the country’s borders.

The current trial, which is being conducted at the Woodlands Checkpoint on weeknights, will run until October 2022.

How the APICS work

The Channel News Asia video explains that when a vehicle enters the clearance zone, sensors and cameras detect the number plate as well as the vehicle type, and the self-help kiosk immediately adjusts its height accordingly.

After the passports of the vehicle occupants are scanned, their facial and iris biometrics are captured. During capture, each individual is expected to look steadily at the camera. All of this takes place with controlled lighting under a canopy because the biometric scanners are designed for indoor use.

At the end of the capture, the system then matches the biometrics of the travelers to their passports. All of this happens within just about five minutes, and without the driver and passengers having to alight from the vehicle.

When the authentication process is completed, the automated barrier lifts and the vehicle then drives off into Singapore. The system has cameras that provide a 360-degree video feed 24/7, per the video.

Meanwhile, Cheng Wee Kiang, director of Robotics, Automation and Unmanned Systems Centre of Expertise at HTX, the body that co-developed the system with the ICA, told The Straits Times that the feedback received on the system has been encouraging.

“APICS has come a long way from when it first started in 2017. Back then, we had no prior reference. We designed and developed a robotic system from scratch. With the advancement of contactless biometric verification methods and the key lessons from the Covid-19 pandemic, we have now developed the next-generation APICS — a fully contactless system that offers a seamless immigration clearance process for car travellers — for the future,” Cheng is quoted as saying.

ICA and HTX officials are monitoring the trail to get feedback from users, and the clearance zone is well ventilated to avoid exhaust smoke from gathering, the report notes.

Singapore recently announced the opening of a national Digital Trust Center to enhance trust within the digital ID ecosystem.