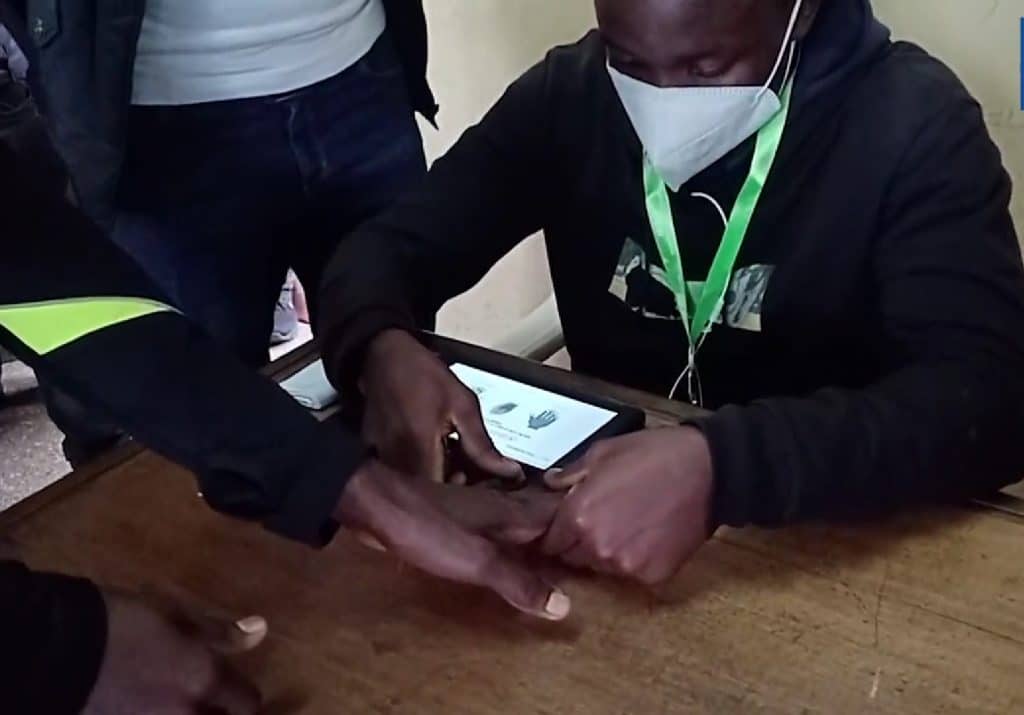 Printed manual voter registers are being used alongside biometric kits to authenticate the identity of millions of Kenyans who are today casting their ballot to pick a new president in East Africa’s biggest economy.

The Independent Electoral and Boundaries Commission (IEBC) took the decision to complement the biometric voter system with the manual voter register after pressure from opposition leaders and a court ruling by the High Court which arm-twisted the electoral umpire to do so, writes news portal Kenyans.

Earlier, the IEBC had insisted on using just the biometric voter authentication system dubbed the Kenya Integrated Elections Management System (KIEMS) and the voter’s ID number, but one of the frontline contenders for the presidency Raila Odinga had threatened that there would be no voting if manual registers were not available in all polling stations.

Ahead of the polls, the IEBC Chairperson Wafula Chebukati said the manual registers had been printed and were being deployed to all the polling stations. He said the registers which contain details of registered voters such as their facial photo and ID number will be used as backup if the KIEMS kits fail.

Biometric voter verification systems have failed elsewhere such as in Nigeria, which makes the availability of backup systems of some kind very crucial.

Ghana’s Electoral Commission (EC) says it is making the Ghana Card the only ID credential needed for voter registration, arguing that the move will help curb the disorder which has often characterized the process in the past.

My Joy Online quotes the Director of Electoral Services Dr. Serebour Quaicoe as saying recently that the EC is adjusting its system to accept just the Ghana Card as the only tool for voter registration to avoid confusion as was the case ahead of the 2020 elections.

The official said the motivation for choosing the Ghana Card is also to avoid instances of foreigners registering for elections, citing the case of the 2020 election where over 50 expats were arrested in possession of voter identification cards.

The EC is already saying the Ghana Card will be required for voting in the 2024 election.

This should surely sound like an issue of concern to many Ghanaians who face many challenging in obtaining the Ghana Card.