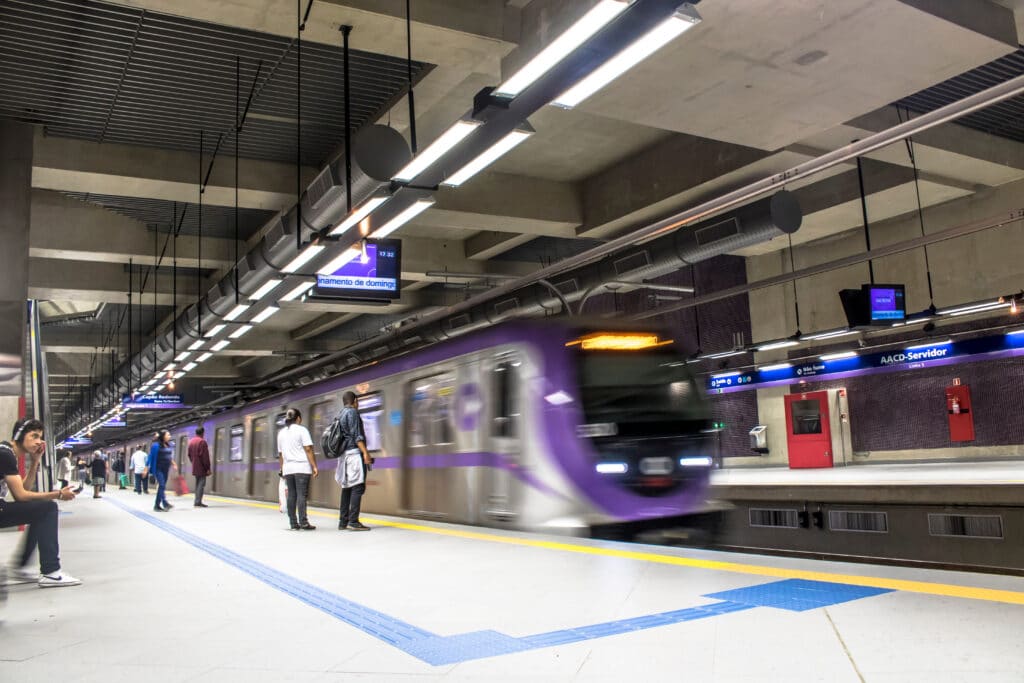 According to a post on the Brazilian government website (in Portuguese), governor Rodrigo Garcia officially inaugurated the facial recognition system on 21 November. He says using smart cameras will increase security and improve passenger services.

“We are delivering an upgrade to the intelligent camera monitoring system that will be used for Metro security and [finding] missing persons,” Garcia said.

Thanks to the new project, the Line 3-Red now counts roughly 1,400 cameras across 18 transit stations. Of these, 945 are new cameras that replaced older models, and 436 are digital cameras that were already part of the system.

From a technical standpoint, the ISS system is connected to a centralized control center enabling real-time detection of suspicious activity and automatically triggering alerts for security operators.

It also features object identification and tracking, passenger flow, and other features aimed at increasing the security of passengers. It is also reportedly compliant with Brazil’s General Data Protection Act.

At the inauguration event, Garcia adds that new biometric cameras featuring SecurOS FaceX would be added over the next 18 months on other train routes managed by Metrô, including Line 2-Green and Line 1-Blue.

More generally, São Paulo Metrô has been collaborating with ISS on an expansion project since last year, which intends to bring facial recognition to 55 additional transit stations over the next 30 months and create a surveillance network including more than 5,000 cameras.

The implementation has not been without controversy. Earlier this year, a court in São Paulo called for a stop to the implementation of SecurOS FaceX in the city’s metro stations on the grounds that it violated citizens’ right to privacy.