The @SamsungExynos tweet published a diagram of a smartphone scanning an eye with the caption, “Security can be improved using features unique to us. That’s what we envision. What would you use?”

The image shows the potential uses of the iris scanning technology such as making various online bill payments. 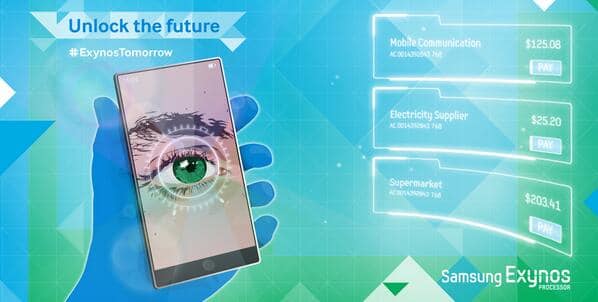 Samsung previously applied for a patent in South Korea relating to the user interface of iris authentication in smartphones, while executive VP of mobile business Lee Young Hee told Bloomberg back in January that the company was “studying the possibility” of an iris scanner on the Galaxy S5.