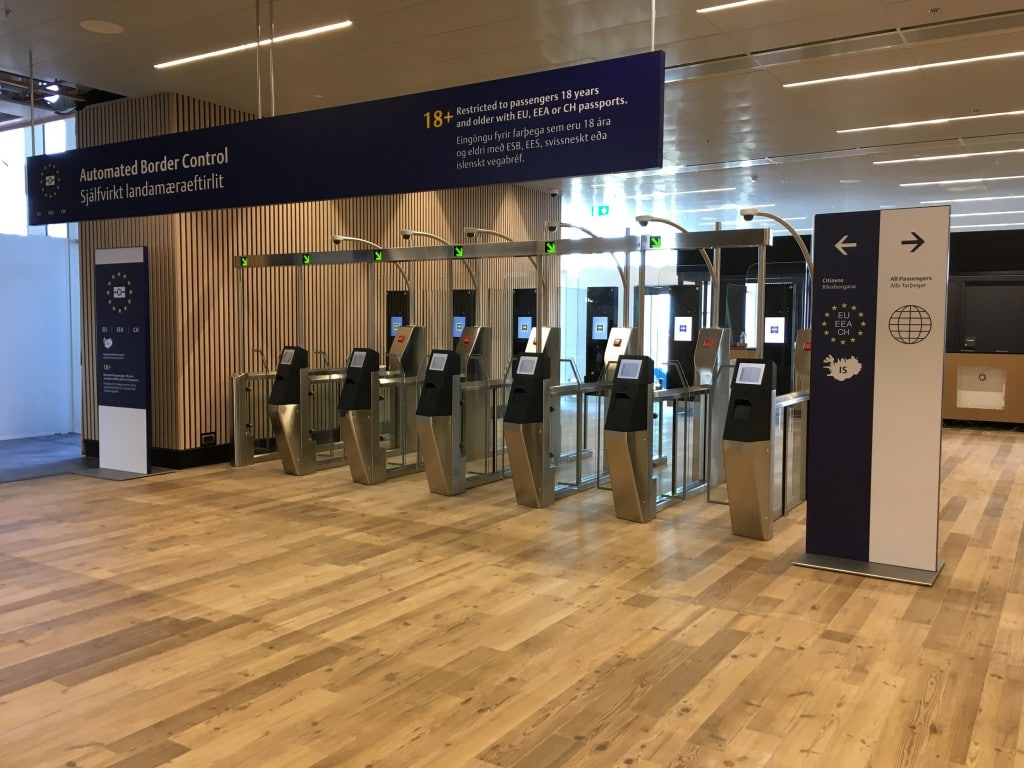 The first automated border control systems in Iceland have been put into operation at Keflavik airport.

The first control unit, supplied by secunet and equipped with six egates for passengers to pass through, opened on 9 June and the first traveler to use the new system came from France and was travelling on to North America.

Keflavik airport is seeing a steady growth in passenger numbers, and is often used as a hub for intercontinental flights between Europe and North America. The departures and arrivals zones at the Leif-Eriksson Terminal are being renovated to accommodate growing passenger volume while modern, automated border control systems are being installed to to reduce transfer times and speed up arrivals and departures.

In addition to the egates, the secunet easygate installation in Iceland also includes the associated monitoring stations for the border control officers and a central management and statistics system. Besides supplying the easygate products, secunet is also responsible for installation and commissioning, training the operator’s border control and technical personnel and providing on-site support for the installation during the first weeks of operation.