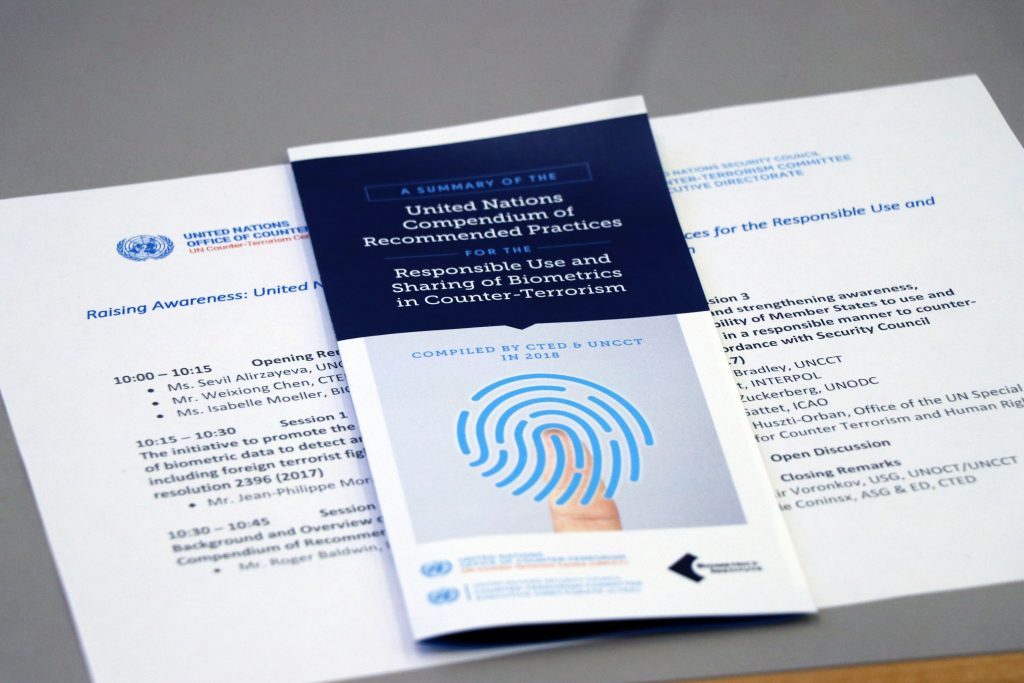 The Biometrics Institute has briefed representatives of all UN Member States at a meeting in New York to raise awareness of the United Nations Compendium of Recommended Practices for the Responsible Use and Sharing of Biometrics in Counter-Terrorism.

The briefing marks the launch of phase two of the Institute’s collaboration with the UN’s Counter-Terrorism Executive Directorate (CTED), phase one of which resulted in the publication of the Compendium in June of last year. The Biometrics Institute, CTED, and the UN’s Office of Counter Terrorism (OCT) were joined by the International Civil Aviation Organization (ICAO) and INTERPOL for the briefing. Phase two also includes a series of targeted regional workshops to improve awareness and capabilities among member states.

Chief Executive Isabelle Moeller and Advisory Board member Roger Baldwin briefed the representatives from numerous countries on the 96-page document and the next steps that will be taken to support the collaborative project.

The Biometrics Institute also recently launched a guide to Ethical Principles for Biometrics to help biometrics industry stakeholders avoid being exposed by gaps in laws and regulations.