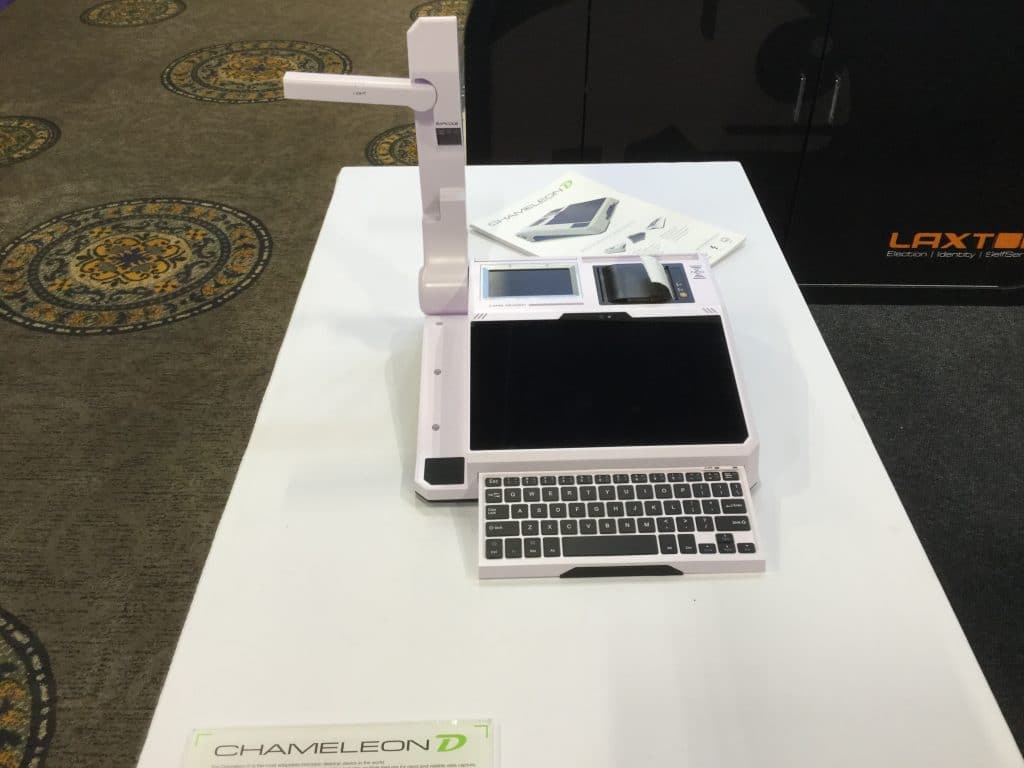 Laxton is introducing its ChameleonD integrated, multi-modal biometric desktop device at ID4Africa 2019 this week in Johannesburg, South Africa. The ChameleonD is the latest in the Chameleon product line.

“The ChameleonD, true to the fundamentals of the Chameleon brand, is highly configurable and without question the most adaptable integrated desktop device in the world,” claims Nick Perkins, President of EMEA for Laxton. “It will further bolster the highly successful Chameleon8 and Chameleon5 product ranges.”

Laxton Group, which was founded in South Africa in 2004, notes in its announcement that this is an exciting time to be part of the ID4Africa movement as countries throughout Africa continue to adopt biometric technology and harmonize their identity systems. “We are proud to have played a role in the delivery of some of the first biometric voter registration and national identity databases in Africa and look forward to continue implementing such systems throughout this region.”

At ID4Africa Laxton will showcase the complete range of Chameleon multi-modal biometric devices, including those aligned to the European European Entry Exit System, as well as mass registration and live capture projects, specifically the Chameleon 8 Slap, which is also used for mobile passport and biometric ID verification.

Laxton announced in March its decision to centralize company resources in South Africa into its European office in Amsterdam, which has become its regional headquarters focused on the broader EMEA region.