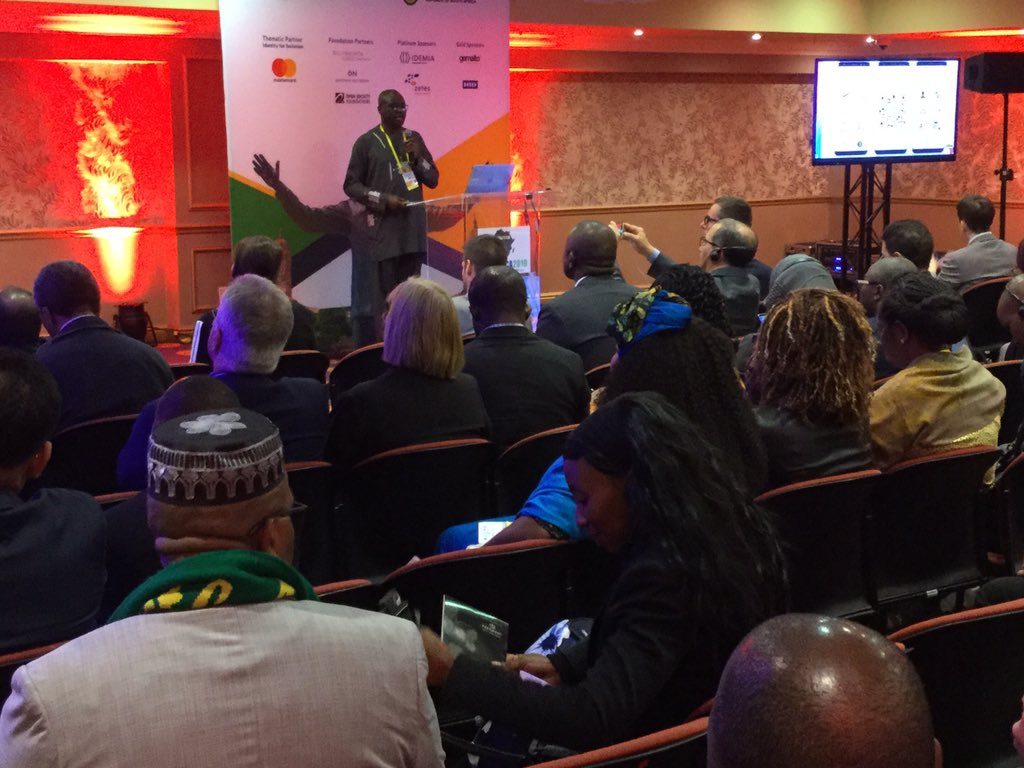 The second day of ID4Africa 2019 featured 16 informational tracks delving into a range of issues related to this year’s theme of “identity ecosystems for service delivery,” including the broad range of services that be supported by biometrics, and the risks that new technologies carry with them.

In a session on identity-linked services moderated by Center for Global Development Senior Fellow Alan Gelb, Anit Mukherjee, also of the CGD, told the audience that 750 million people in India rely on monthly food rations delivered through the biometric Aadhaar system. Aadhaar is emerging as a laboratory for digital services delivery, as well as a demonstration of how to scale systems, and the scheme will be used for real-time governance based on big-data. There have been 340 million bank accounts opened in the country since 2014, raising the percentage of the population with a bank account from 54 to 82 percent. He cited a survey indicating that 100 percent of those unsatisfied with Aadhaar do not like it due to authentication failures, and that the illegal refusal of government benefits after failed authentication shows how human fail-safes, not just technical ones, are critical. Luis Alberto Bullon Salazar, general manager of Peru’s RENIEC, presented similar findings from his country’s advanced digital ID system, and noted that it is used by 4,000 public and private institutions.

Mastercard Senior Vice President Shashi Raghunandan discussed new business models around authentication, such as Vocalink, Trulioo, and easypaisa. Centre for Financial Regulation and Inclusion (CENFRI) Technical Director Barry Cooper emphasized the need for balance in KYC systems, saying “Zero tolerance, zero risk? This is a fantasy,” while systems that do not use strong enough criteria risk open to endemic fraud, and ultimately, collapse. He also urged attendees to dispense with proof of address as a proof of identity.

In a session that was packed to the literal point of standing room only, advances in biometrics and mobility were discussed in a panel moderated by The Netherlands Ministry of Interior and Kingdom Relations Director of Innovation and Development Dr. Michiel van der Veen. Tunji Durodola, head of Card Management Services at Nigeria’s NIMC, reported that the organization is playing a role in the OSIA open standards initiative, and that Nigeria’s data privacy act is expected to soon come before the country’s legislature. He presented NIMC’s plans to extend its services to a mobile ecosystem to support various kinds of transactions. NEC XON Head of Identity Management Grahame Saunders outlined the progress of both mobile and biometric technologies.

“With these new innovations come new questions. What about the privacy and data protections of these new technologies?” They also present opportunities for new business models, and inclusiveness, while introducing new practical considerations and requiring new legal frameworks, according to Saunders.

Representatives from NXP Semiconductors, and Credence ID also presented their visions for mobile identification. An audience member noted an African expression which captures the need for technologies to be suitable to those that use them: “It is the man who wears the show who knows where it pinches.”

In a session on moving from identity to financial inclusion, BFA Global Regional Director and ex-UIDAI and IndiaStack Architect Rajesh Bansal said that roughly six eKYC checks have been made per person holding Aadhaar, and India’s government estimates it has saved $12.7 billion through the biometric system.

At a session on migration and borders, Rwanda’s Head of e-Services for immigration explained the difference to traveler experience when the country installed Africa’s first e-gates at a land border: crossing time has been reduced to just 15 seconds which could boost the $40 million cross border informal economy. Automated passenger clearance allowed fingerprint gates which brought crossings down to IDEMIA’s Emmanuel Wang, VP of border control business, recommended the creation of regional Registered Traveler Programs now that biometrics in travel is boosting government confidence. He spoke of “virtual borders” as immigration moves from “document centric to person centric” though admitted there may never be a perfect solution, just a mix of approaches.

Somalia stood out in a panel on civil identification for deliberately choosing as simple a biometric ID system as possible. They are implementing a foundational 10 fingerprint and facial biometric scheme and not a functional system (a system which simply confirms identity rather than allows other services) “because the institutions are too weak” and anything more would lead to conflict between ministries, according to Dr. Hassan Omar Mahadallah, senior advisor to the National ID Program.

Moderating a session on enabling frameworks for identity systems, World Bank Global Thematic Group Leader Robert Palacios described 2018 as a watershed year for identity systems, citing the Cambridge Analytica scandal and India’s ruling on Aadhaar. World Bank ID4D Senior Counsel James Neumann outlined the group’s IDEEA Guidance Note and Principles on Identification, and pointed out that unsafe or insecure systems motivate people to decline participation in ID systems. NAMATI Program Director for Citizenship Laura Goodwin told a heartbreaking anecdote about a person who was unable to replace his identity documents after they were stolen, despite having proof of the theft and being biometrically authenticated. The story has a happy ending, but Goodwin told the audience that “the adoption of digital ID is an opportunity to reform existing frameworks.”

Yussuf Bashir, Executive Director of Kenya’s Haki na Sheria, reported that 40,000 Kenyans have been double registered, as both Kenyans and refugees in the massive Dadaab camp, suggesting that amnesties can be used to bring people back into national ID systems. Melanie Tjejenda of Namibia’s Office of the Prime Minister presented her country’s framework for broad use of its biometric identity system, as well as the protection of identity privacy, and LAWtrust Co-founder and Solutions Director Maeson Maherry argued that too much emphasis is placed on registration, relative to digital processes, secure transactions and approvals, and private communication. He also warned against insider threats, and urged governments to invest in cutting ghost workers before cutting actual working public employees from government payrolls.

Sessions putting infant biometrics and data protections in the spotlight included passionate discussion, along with other sessions specific to the topics of scaling inclusive ecosystems, universal healthcare, advanced secure credentials, interoperability, and ID for democracy. Following sessions, government officials and other participants could be seen breaking off to continue with informal discussions on the topics raised in the sessions.

Biometric Update’s ongoing coverage as Official Journalist of ID4Africa will continue with the final day Thursday, followed by ongoing coverage featuring a series of interviews and in-depth explorations of the annual event’s major themes and issues.