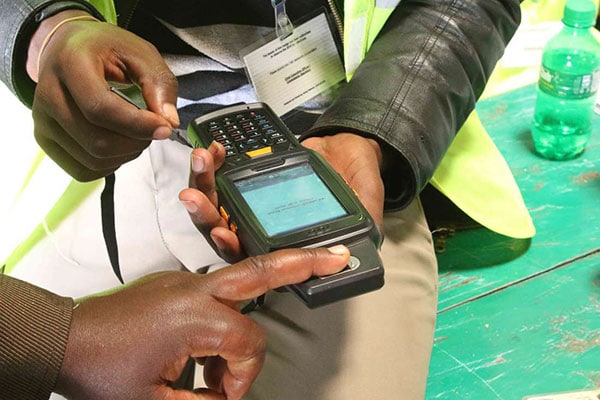 African biometric and digital ID issues continue apace both on and off the continent. In Somalia a scheme to use biometric checks for direct bank payments to military personnel is now being extended to allied militia while Ghana has been praised by the ECOWAS community for the large-scale issuance of ECOWAS-standard ID cards. Tanzania is taking biometric SIM registration to the people with local sign-up exercises. And according to government figures it’s working. Zimbabwe-South Africa border crossings are struggling once again as authorities call for biometric equipment, and Central African trading communities are calling for KYC to tackle money laundering. Beyond the continent, Nigeria is pursuing the opening of its national ID registration centers for expats, this time in Saudi Arabia, and the Netherlands upgrades its visas policies for Kenyan travelers, and will only issue visas to biometric passport holders.

Moving to a biometric payment system for military personnel has markedly improved the reliability of soldier pay and revealed 10,000 ‘ghost soldiers’ according to a report by AFP. The Somali government is now registering fighters from an allied militia and identifying injured and older soldiers for retirement.

Personnel fingerprints and iris scans are kept in the staff database and are checked for disbursing payment directly to staff bank accounts, replacing the previous system of ‘middlemen’ or army commanders who had given out pay while skimming off for themselves.

The 10,000 non-existent soldiers, some of whom had been real but had deserted, made up around a third of the strength of the army. According to Strategy Page, offending commanders have not been prosecuted but some have lost their jobs. Militia leaders are now resisting their fighters having their biometrics captured as this would cut them out of the payment system.

The regional economic community for West Africa has praised Ghana’s efforts to implement its ECOWAS-standard ID, the fourth in the community to do so, reports the Daily Graphic. ECOWAS allows the free movement of people and the right to work within its 15 member states. The bloc issues stringent guidelines on the requirements for identity cards issued, as the biometric versions also count as travel credentials.

According to figures from the Ghana Crusader, the institutional registration and pilot public registration in the capital Accra led to 1,977,652 citizens registering, and 1,576,559 cards being printed of which 977,820 have been issued.

For residents in Ghana from beyond the ECOWAS region, a foreigner version of the Ghana Card is available through the Foreigner Identification Management System. The government has now enrolled 12,923 foreigners into the scheme, according to the Ghana Crusader. Almost 10,000 cards have been printed.

Authorities in Tanzania are using a regional approach to continue mandatory biometric registration for SIM cards, according to the Daily News. The Tanzania Communications Regulatory Authority (TCRA) is working with mobile network operators to take fingerprint-based SIM registration to the people and carry out awareness raising for both the SIM and ID registration.

Figures from the Daily News suggest sign-up has reached almost 70 percent in mainland Tanzania and 92 percent for Zanzibar. Issues with ID sign-up mean many still do not possess the necessary documentation for biometrically registering their SIMs. As of June, 5 million of a target 22 million ID cards had been issued.

Tanzanians have until December 31, 2019 to register their SIMs to keep them operational.

Each border officer has to clear 5,000 travelers per day at Zimbabwe’s Beitbridge crossing to South Africa as a result of government efforts to reduce government spending, New Zimbabwe reports.

The country’s busiest border crossing, across the Limpopo River, sees tens of thousands of crossings per day and each border officer has to oversee around 5,000 per 8-hour shift which generally doubles in length to cover the backlog. A hiring freeze has prompted immigration staff to call for more technology to help with their workload.

“There are perceptions again of extensive corruption at ports of entry that is a fact, those things do happen,” the Department of Immigration’s head of compliance and investigations, Proper Kambarami, told New Zimbabwe.

“However, much of it has to do with the kind of systems that are currently in place at the ports. The human traffic we get at such ports of entry is not consistent with the kind of infrastructure that is there,” said Kambarami, who urged the government to invest in biometrics technology to speed up border crossings.

There were recent delays on the South Africa side of the Beitbridge crossing when South African authorities suffered a systems failure.

A taskforce set up by Kenya’s ICT Ministry has urged the government to both invest in and regulate blockchain and AI technologies, according to Venture Burn.

One of the recommendations is to create digital lockers to complement the country’s emerging Huduma Namba digital ID system. The lockers would create a virtual place for storing soft copies of official documents such as birth certificates.

Another would be to distribute farming subsidies through blockchain-based ‘agri-tokens’. The World Bank has recently approved hundreds of millions of dollars of credit to Kenya including biometrics-based agricultural reform, also linked to the national digital ID scheme.

Over the past five months a further 1.7 million bank accounts have been linked to Bank Verification Numbers (BVNs), taking the total to around 38.5 million, according to the Nigerian Interbank Settlement Scheme, reports The Punch.

This represents around 53 percent of active bank accounts in Nigeria or 31 percent of the total number. The BVN is linked to customers’ biometrics including fingerprints and portrait photo. The biometric element to bank account registration is intended to reduce identity theft and fraud. There is a target to reach 70 million accounts by 2020.

A national ID card will be required for Nigerians to apply for passports and even driving licenses, according to an executive order signed by President Muhammadu Buhari, reports Legit.

However, a court case found that the slip of paper issued with the NIN qualifies as sufficient identification of a person for any purpose in Nigeria, according to summaries presented by Lexology of how identity law has been tested. A case was brought by a mobile phone subscriber against her mobile network who refused to accept the slip as ID. The court found the NIN slip can count as valid photo identification in lieu of the National Identity Card while the individual awaits issuance.