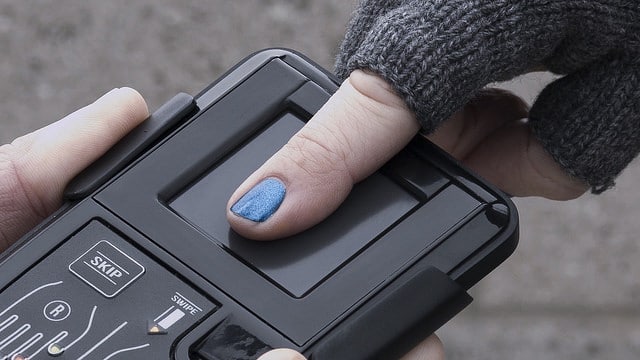 New image capturing technology for biometrics featured in Biometric Update’s two most frequently-read stories of the week in biometrics and digital identity, but social inclusion and executive appointments were also main themes. Anxiety over surveillance with facial recognition continues to make headlines, but uses of similar technology for liveness checks and at airports continue to advance.

A new high-powered multi-chip camera capable of supporting real-time monitoring and biometric facial recognition of crowds of people in the cloud has been developed by academic researchers, and was the topic of our most-read story of the week.

The possibility that palm print biometrics captured by a standard smartphone camera could soon be used for payment authentication also caught significant attention. Mastercard unveiled experimentation with the technology as part of a new digital technology showcase.

A pair of industry appointments involving Idemia were in the news, as Idemia National Security Solutions (NSS) has created a new position of Chief Artificial Intelligence Officer (CAIO) and appointed Dr. Mark J. Burge to help lead its R&D efforts in that role. Aware, meanwhile, has appointed former Idemia, Raytheon, and Hughes Aricraft veteran Robert A. Eckel as its new CEO and president.

A new white paper from Aware explores the hot topic of biometric liveness, and author Dave Benini discusses the intricacies of liveness testing and related issues with Biometric Update.

Airport biometrics are reaching a new stage, and this week featured calls for collaboration, new international approvals and new applications as the industry prepares to share best practices at the Airport IT & Security 2019 conference. Also in that vein Collins Aerospace Senior Director of Product Management and Strategic Programs Anthony Chapman writes about how biometrics deployments are part of a more profitable, enjoyable future for digitally-transformed airports, using Dublin Airport as an example, in an article published by the company’s Connected Aviation Today.

A new alliance between ID2020, the Government of Bangladesh, Gavi and others could significantly boost legal identification of young children by linking civil registration with vaccination, and the emphasis on biometrics for fairer resource distribution in the Gates Foundation’s Goalkeepers Data Report remained among our top stories. The rest of the way to accomplishing SDG 16.9 across Africa could be paved with $60 billion for digital infrastructure, $6 billion for ID provision, and the right kinds of frameworks, an expert panel discussion at U.S. think tank CSIS says.

The panel discussion was launched with a keynote speech by UNECA Executive Secretary Dr. Vera Songwe, who shared her deep knowledge of the relation between digital identity and economic development on the continent with Biometric Update as she was appointed to the ID4Africa Advisory Board.

Improved identity coverage could unlock, or possibly be unlocked by better coverage of financial and mobile digital services. Financial inclusion efforts, and a handful of startups looking to profit by them, are reviewed in a Forbes article in which a Cato Institute analyst suggests that greater inclusion of unbanked and underbanked people could be worth $100 trillion over the next 50 years. Mobile and mobile-enabled services inclusion is reviewed the 2019 Mobile Industry SDG Impact Report from the GSMA. SDG 16, which includes the goal of universal legal identity, scores a middling 41 out of 100 for mobile industry effort.

South African government bodies made news with biometrics for social housing and to identify Nigerians fleeing xenophobic attacks, while authorities in Ghana are seeking greater acceptance for their national ID scheme, and ECOWAS is considering biometric data sharing among its options to combat terrorism in the Sahel region.

An article in Digital Trends reviews the use of iris biometrics for refugee aid disbursements by the World Food Programme, and how it fits into a broader shift in the agency’s approach.

In a good news-bad news story, NIST Biometrics Standards and Testing Lead Patrick Grother says facial recognition technology has improved “spectacularly” since 2010, but disparity in the accuracy rates of the tested algorithms requires customers “to do due diligence.”

This week in facial recognition controversy, a report from the Carnegie Endowment suggests nearly half of the countries in the world, including a number of liberal democracies, are using biometrics and other forms of AI to conduct surveillance on citizens. UK Conservative MP David Davis called for the use of facial recognition by police in the country to be halted pending a decision on its merits by parliament, penning an opinion piece for the Guardian and signing a statement along with representatives from other parties and civil rights advocates.

EPIC Senior Counsel Jeramie Scott discusses government use of facial recognition technology, and the impact it could have on democratic and human rights on the Firewalls Don’t Stop Dragons Podcast.

Jake Laperruque, senior counsel for the Project on Government Oversight’s Constitution Project has some advice for companies that law enforcement agencies interact with for the purposes of performing facial recognition; include such interactions in your transparency reports. In a Lawfare blog post, he explores the possible directions that police may take in future searches of image sources.

Deepfakes are a particular concern with the elections looming in the U.S., a senior intelligence official tells Biometric Update.

The impact of biometric authentication and IoT data sources make data privacy and ownership key considerations for businesses, argues Jessica Groopman, industry analyst and founding partner of Kaleido Insights in part one of an article for TechTarget.

“The majority of current regulatory regimes have no specification around data ownership, resulting in a widespread assumption that whatever entity collects the data owns the data,” Groopman observes, before offering some best-practice suggestions.

And finally, Optiv Security Practice Director of Enterprise Incident Management Jeff Wichman argues in an Infosecurity editorial for an “inside-out” enterprise risk approach to security, and that such an approach can sometimes involve biometrics, but often not.

If you read or hear about news or opinion that you want to share with the biometrics and digital ID communities, let Biometric Update know through the usual channels.