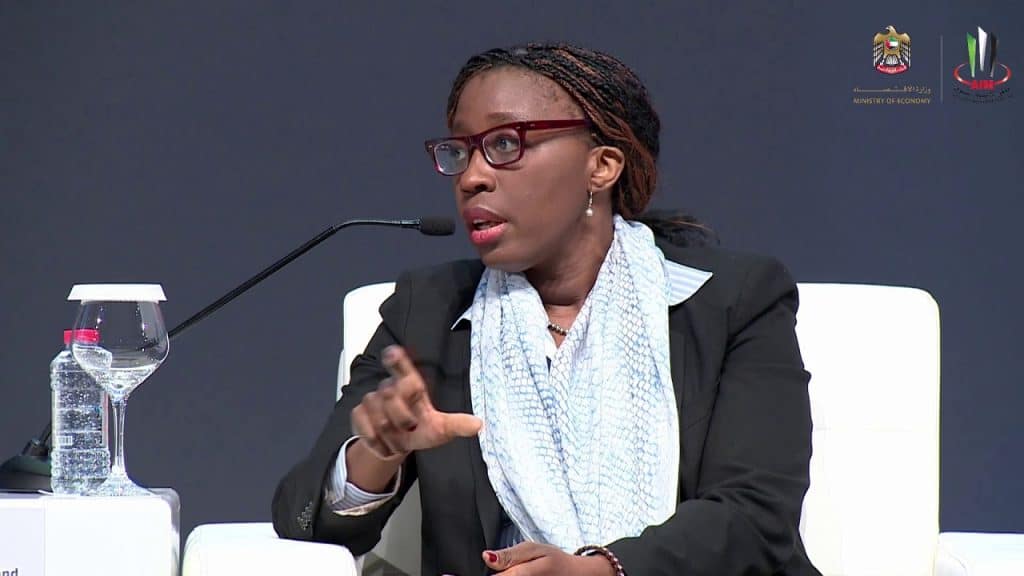 United Nations Economic Commission for Africa (ECA) Executive Secretary Dr. Vera Songwe has joined ID4Africa’s Board of Advisors to add her expertise on the continent’s economic development to the NGO’s promotion of legal and digital identity for all African people. The appointment adds representation from a fifth UN body to the Board, following the appointment of representatives from the UNSD and UNHCR earlier this year.

In an exclusive interview with Biometric Update, Songwe pointed out that the involvement of UNECA is a natural fit, as the organization, like ID4Africa, has deep reach not just internationally, but across the continent. That reach is needed, as African countries take charge of the digital identity agenda.

“The whole discussion on ID is a little bit new on the continent, and I think it’s gained momentum and is gaining speed,” Songwe says. “We believe that we can do it and do it well in partnership with others.”

The ECA’s Centre of Excellence on Digital Identity and Data Privacy, which was announced late last year in partnership with Omidyar Network, is a significant step towards enabling the sharing of good examples that will support understanding of what works, and what challenges can be expected.

The economic case for boosting legal identity, and for digitizing credentials to enable its use for a variety of services, is well established, Songwe says.

“You can’t really build a sustainable economy when 50 percent of your population does not have the kind of legal document that allow it to be active participant in the economy,” she points out.

The opportunity to improve the national economy should compel governments, but also the private sector, to take action which can ultimately benefit individuals, and not just financially.

“When we put our forces together hopefully we can reach many more policy-makers in particular, and the private sector, faster and get this. I think we’re all trying to solve one particular problem, that’s 500 million Africans not having access to an identity,” Songwe says. “When we talk about that, we know that identity is dignity, and so to give dignity to these people we need to recognize them as active members of our society.”

Women, who are generally underrepresented by identity systems, see on average roughly a 25 percent increase in income within three years of receiving digital identity, benefiting themselves, their families, and the national economy, while reducing inequality.

Songwe is the first woman to join the ID4Africa Advisory Board, following a direct appeal by the organization’s Executive Chairman Dr. Joseph Atick at its annual event in Johannesburg, South Africa in June to increase the role of women in the movement.

“We enthusiastically welcome Dr. Vera Songwe and the UNECA to our Board,” comments Atick. “Their mission to promote economic and social development in Africa ties in with our own agenda to help develop responsible identity ecosystems that drive socio-economic growth in all 54 African nations. Dr. Songwe, not only brings deep and pertinent expertise in this domain but, as the UNECA is headquartered in Africa, will also add geo-strategic perspective and insight to our activities in the region.”

“At the ID4Africa 2019 Annual Meeting, we pledged to bring gender diversity to our Board. I’m pleased to say with the addition of Dr. Songwe we are taking a step in the right direction. With her unique perspective and rich experience, we look forward to Dr. Songwe’s contributions to the Identity for All Movement.”

Prior to joining UNECA, Songwe served as Regional Director for West and Central Africa with the International Finance Corporation, and she has previously served the World Bank as Country Director for several African nations.

Songwe suggests that the biometrics and digital identity ecosystem can work to decrease the gender imbalance in identity systems by encouraging the recognition of the matter’s importance among policy makers, advocating for the benefits to community and national economies noted above, and investing in training to increase capacity.

Increasing the number of women and children registered in identification systems is just part of the challenge as Africa works towards the creation of a single market and digital platform, Songwe points out. As the AU works to meet that challenge, it has mandated the ECA to work with it to draft a framework for digital ID, trade, and economies.

The goal of the guide it produces will be to set out the various aspects of implementing interoperable Good ID, with the intention of each country beginning with the topic most pressing to it, based on the unique national circumstances. Ultimately, while technology agnostic, the guide is meant to help governments harmonize their digital ID systems, which Songwe explains may be born in an ICT or trade ministry, with the CRVS system.

Kenya, she notes, is currently working on legislation to harmonize both sides of its identity system. UNECA plans to attempt to elicit commitments from many countries to harmonize their systems at an upcoming meeting in Zambia.

Whatever the situations of their identity systems, Songwe says countries that are working towards providing universal legal identity are taking an important step towards a range of benefits for all stakeholders, from ensuring dignity to job creation, and from enabling government savings to boosting agricultural production. With Africa’s digital economy estimated to reach $300 billion by 2025, the market opportunity is huge.

“Any country that moves in that direction is clearly doing something better for human rights and the rule of law. On the second, economic space, it is a job creation investment, exports, imports business, this should attract all the people that want to get into that space, and finally for governments efficiency.”

In addition to further increasing the UN’s role on the ID4Africa Advisory Board, Songwe hopes to contribute UNECA’s perspective and reach within the economics community to ID4Africa’s efforts, as those efforts to provide legal and digital ID can support economic growth in households across the continent.