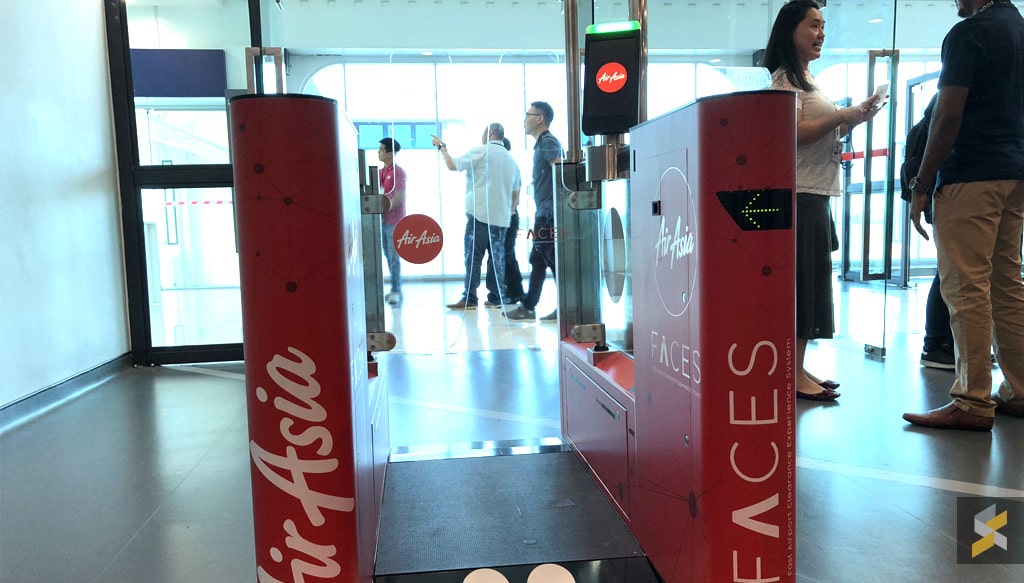 Airport biometrics use continues to expand rapidly all around the world, with a series of new deployments announced and detailed.

Passengers travelling to the U.S. on Ireland’s Aer Lingus can now board some flights with biometrics instead of boarding passes with the launch of a trial in cooperation with U.S. Customs and Border Protection (CBP), The Business Post reports. The technology has been deployed to a boarding gate in Dublin Airport.

Facial recognition from SenseTime will be used by passengers at the Beijing Daxing International Airport for faster security checks, according to a Tweet from the company. The new Person-ID-Ticket verification program runs on 58 Smart Passenger Security Check System gates.

European Border and Coast Guard Agency Frontex is testing its “Biometrics on the Move” with face recognition and touchless fingerprint scans, in partnership with the Border Service of Portugal (SEF) and the Lisbon Airport Authority (ANA), the agency has announced.

The biometric technology will replace passport checks by border guards, with the goal of increasing security and the ease of border crossing for travellers. The trial will be applied to EU citizens leaving the Schengen Area, and is expected to give border guards more time for each manual security check.

Thailand is considering the use of AirAsia’s system for flight check-in with automatic facial recognition, according to the Bangkok Post.

Thai AirAsia has requested to use its Fast Airport Clearance Experience System (FACES), and a committee of the country’s Transport Ministry is planning to rule on its request by the end of the month, and determine the operating rules for such systems, though it could apply a 15-day extension to the decision. The company says customer check-in times would be cut in half.

The Royal Thai Police, the Interior Ministry and the Civil Aviation Authority of Thailand were invited to give feedback to the committee.

If Thai AirAsia is given the go-ahead, it will implement the technology on a trial basis at Nakhon Phanom, Nan, Buri Ram and Roi Et provincial airports. Thai AirAsia would be the first airline in the country to implement biometric technology, according to the report.

Bali’s international airport is running a voluntary pilot project for the technology, and hoping to broadly roll out a system connected with Indonesia’s national identity agency.

Siagian says the deployment requires communication with the Ministry of Transportation and a separate government body. While working out the details is a big job, it is necessary.

“We have to adopt it, but we just need to make sure that it is under our regulations. We need to prepare for it and work with the government because sooner or later every airport will have these kinds of systems,” he predicts. “It’s just a matter of time.”

“The way I see it, in the future, airports will be much more passenger-centric, meaning that the passengers will be entertained to a level where the technology will assist them before departure and after arrival,” Siagian explains. “For example, Incheon Airport also showed that they are focusing on automation for the passenger. We can send our luggage to the airport even a couple of days before departure. We can go to our mobile applications where we can ask the agency, or somebody else, or any company to deliver our luggage to the airport. So going to the airport will be hassle-free. We just need to bring our own selves, right?”

He compares the rapid uptake of airport biometrics to electronic payments, which he says have quickly become common despite its widespread adoption seeming unlikely only a couple of years ago.

Pres-screened passengers at Dubai International Airport will be able to use iris and facial biometrics instead of passports and boarding passes through the new “Biometric Passenger Journey” program, the General Directorate of Residency and Foreigners Affairs (GDRFA) has announced, according to Gulf News.

The pilot is expected to be launched in a few months, in collaboration with Emirates Airlines, with GDRFA storing all biometric data for future interactions.

“Our participation this year in Gitex is very special for visitors as they can experience the most exciting and virtual Biometric Passenger Journey in the world by using artificial intelligence,” GDRFA-Dubai General Director Major General Mohammad Al Merri told Gulf News at GITEX Technology Week.

“Our collaboration with the GDRFA has resulted in the world’s first “Biometric path” – giving all our passengers a world- class travel experience at Dubai International Airport,” comments Emirates Airlines COO Adel Al Redha. “The experience we are showcasing with GDRFA at GITEX Technology Week is a first look at our ground breaking initiatives and the future of travel.”

Control of the facial recognition system supplied by NEC at Moi International Airport has been passed from IOM Kenya to the Government of Kenya’s Department of Immigration Services (DIS) under a plan to reduce security threats in the country.

The Japan-funded Comprehensive Community Stabilization in the Kenya Coast and Key Border Points project supported the installation of the technology, and NEC began installing the system and training 25 immigration officers to use NeoFace Watch.

“The installation of this system will strengthen Kenya’s borders that are faced by a myriad of challenges, there will be great improvement in how the country will guard the ports of entry and exit,” DIS Deputy Director Pamela Otieno comments in the announcement.

The technology has also been deployed to Jomo Kenyattta International Airport (JKIA) in Nairobi and in Muhuru Bay in Migori County.

“I hope that the facial recognition system together with direct support to the at-risk youth and community policing can holistically support the Government of Kenya in improving security, social cohesion and promoting better migration management,” said Mr. Mohammed Abdiker, IOM Regional Director for East and Horn of Africa.