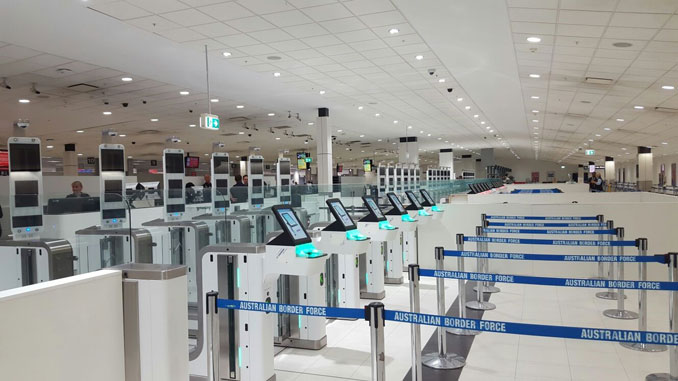 The planned biometric smartgate system for airports in Australia has been delayed by at least another two years, the Department of Home Affairs has admitted, according to iTnews.

An extension of the department’s support and maintenance deal with Vision-Box in September threw into doubt the deployment of gates with upgraded facial recognition capabilities from Idemia, which was agreed to in a $30 million deal in August.

The rollout is now planned for 2021 at the earliest, three years later than originally planned. This also means the department’s goal of processing 90 percent of international travellers with its ‘seamless traveller’ initiative by 2020 will not be met, according to the report.

Gates provided in 2007 by Idemia (then Morpho) were originally expected to be replaced in 2018.

In the meantime, postponed trials at Canberra Airport were enough for the department, as Home Affairs said in a statement that “specific [Vision-Box] smartgates used in the trial will not be deployed.” Accuracy causes were cited, though not disparity based on subject skin color.

iTnews reports that the project is covered in confusion, and that the contract held by Vision-Box and Idemia broadly cover similar work.

Elenium Automation is planning to implement voice recognition in its bag drop system as part of its own end-to-end seamless travel portfolio, ZDNet reports.

The system will be deployed by Elenium in partnership with Etihad in the Middle East in April of next year, according to the report. The companies demonstrated the technology at this year’s Passenger Terminal EXPO.

“What we realised is if you actually take away the human part, where you can’t talk to somebody the way we naturally interface, all of a sudden people somewhat go, ‘oh what button do I press’ — people get a little bit frustrated, people who might not be that adept to technology, they feel intimidated by it,” Hornlimann says.

In trials, the voice technology was able to interact with people in English and Arabic, even following switches between the languages mid-sentence, leveraging AWS Lex. The system uses a camera focussed on the speaker’s lips to determine which of multiple directional microphones to use, allowing it to function in loud environments.

Eventually, the company hopes to integrate the system with border patrol and customs checks.

Elenium provides check-in kiosks in Hong Kong, and was selected in July to supply an end-to-end airport project in New Zealand.

An automatic registration system with advanced cameras will soon capture iris and facial biometric data from foreign travellers and store it for future use, eliminating the need for multiple eye scans, Khaleej Times reports.

Undergoing the biometric scans, which are mandatory for foreign visitors, typically means waiting in a line-up at a dedicated border control counter.

“The new system will help visitors save their time while arriving at Dubai Airports, as they will not spend time for eye scan as an additional procedure. It will be done while they are walking through the passport control counter,” GDRFA Dubai General Director of Airport Passport Affairs Sector Brigadier Talal Al Shanaqeti comments.

GDRFA has begun installing the cameras in the arrivals area of Terminal 3, and plans to install them in other terminals soon. Dubai Airports already offer 122 smart gates and a biometric smart tunnel for passport control.

Acuity Market Intelligence forecasts the number of biometric touchpoints at airports to grow at a 27 percent CAGR through 2022.