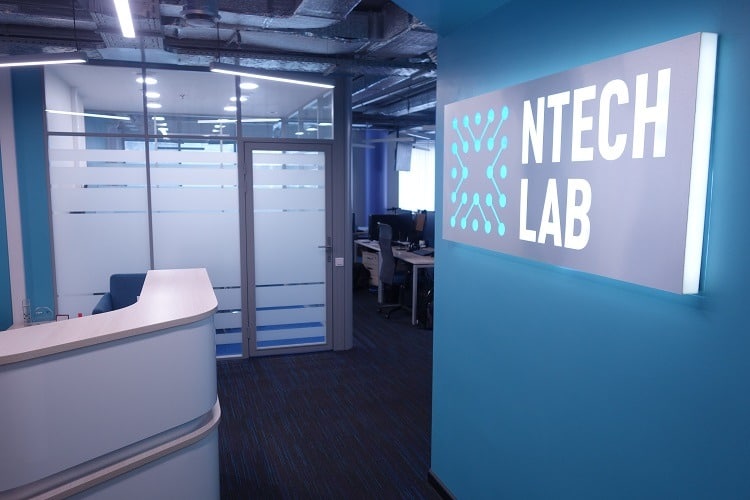 NtechLab has built its reputation for facial recognition technology over the past several years with impressive results in testing and a variety of deployments through system integration partners for government and business customers. With cities around the world growing at a rapid rate, governments and security integrators are looking for ways to quickly investigate crimes and react to emergencies.

The company is adding new computer vision capabilities, but retains an advantage from its genesis in big data, CEO Alexey Minin told Biometric Update in an interview.

“From our market understanding, we’re one of the three to four players who have expertise in big data for images with faces,” Minin says. “We have a technology that is used for indexing big data, like passports, visas, driving licenses, and when we start talking about national security, customers also do a lot of indexing of information that comes through cell phones.”

From there, NtechLab has developed a truly international business, generating up to 70 percent of its revenue from international markets. The company supplies software for smart city deployments, police body cameras, and recently announced a partnership with Genetec to provide its technology as part of a unified security and business analytics platform.

As a channel-only business, NtechLab will finish the year with roughly 110 reseller and system integrator partners around the world by the end of the year, Minin says.

“We offer full support to our partners; technical support, access to presales people, access to technology, access to consulting services depending on the business needs,” he explains. “We build our business to make our partners successful.”

NtechLab’s top region is Latin America, where it has partners offering its technology in countries including Mexico, Argentina, Brazil, Peru, and Columbia. The company’s second largest market is the Middle East, though Minin says the company is yet to establish traction in Africa. The third largest market for NtechLab is Southeast Asia and India.

Minin says the company’s algorithms provide nearly equal matching rates for different demographics and ethnicities, and are far better than most competitors for matching people with dark skin.

The big data advantage of NtechLab means it can search two or three million images in a second, which is critical for safe city systems where the facial recognition system is connected to other systems, such as for alerts. The scale of systems with millions or even billions of images means that even small differences between algorithms are quickly magnified, Minin points out.

“As soon as you start searching by low-quality image, versus high-quality image, it gets even worse,” he says. “This is our very strong competence and right now we are working with many governments and partners on big data.”

The company’s focus on software optimized for results also allows it to work with lower-cost cameras that deliver such lower-quality images. Providing computer vision analytics and facial recognition without specifying what hardware it should run on seems to fit with the priorities of many smart city projects.

“We are not making money on hardware as a company, and our strong opinion is in safe city solutions, the number of cameras is much more important than the number of servers,” Minin asserts.

This is a real challenge for cities in emerging markets, and requires compatibility with cheap cameras, he points out, saying, “they all have huge pressure on their budgets, so they have a lot of limitations. That makes this a very attractive selling point for our side.”

Even cameras that cannot provide enough high enough definition to be used with other biometric algorithms will work with NtechLab. “We need 50 to 60 pixels per face. That’s enough for us to do recognition,” according to Minin.

Offering a full stack of video analytic solutions, including big data, indexing, then safe city, and finally digital forensics, is important for government customers, according to Minin. He claims NtechLab’s safe city technology can identify up to hundreds of faces on a single camera when working with a GPU, while its digital forensics can identify a person wearing a balaclava.

The speed of the company’s algorithms comes into play for scanning crowds entering a large-scale event against a blacklist. It offers a half-second SLA for alerting security guards or police officers of a match to people passing through metal detectors at the entrance, enabling human checks and interventions in situations where they would not otherwise work.

“You can imagine, when a crowd of people are going in, even one second later it would be impossible to find the guy,” Minin says.

NtechLab’s strategy now involves diversifying its offerings by building in new capabilities and packaging them together.

New features being developed by NtechLab, including matching silhouettes, offer benefits to both law enforcement and commercial customers. For law enforcement, silhouette matching enables continuous tracking and re-identification. Silhouettes are not considered biometric data under GDPR, Minin says, enabling businesses using them to gather data without identifying people, and without violating privacy regulations.

“For business to business, it’s very important for like retail analytics, shopping centers and so on when you have to understand how many people are there, count the number of unique visitors, how many women, men, and kids,” he explains. “Also, you can identify a cue or crowd gathering with silhouettes.”

The company also recently finished second in NIST’s activity detection challenge, and Minin observes that detection of aggressive behaviour is the most common request he gets from channel partners. Future NIST testing will likely cover those kinds of actions he expects, but the recent test was for general actions.

This kind of technology should not be particularly troubling to privacy advocates, Minin believes, and he describes the environment around facial recognition as “overheated.” Smartphones are the main reason why, Minin’s top fear and association with Big Brother.

“When we are talking about security systems used in cities for national security, intelligence, whatever, basically, you don’t need a camera at all today to get a full understanding of what you are doing, and wherever you are, because of your phone,” he argues.

Regulation around the data collected from smartphones is much less tightly controlled, Minin points out, than it is for data from public surveillance cameras.

“You cannot do anything with this data without indexing the initial wide database of citizens. In order to find anyone within the digital database of indexes, you need to have an initial index,” he says. “This is a misunderstood by many people, who do not deeply understand the technology, so they think ‘now facial recognition is used to identify everyone, they can seek everything. Not at all. In reality, the cameras are the same, the logic is the same, so what’s the difference?”

The increasing urbanization of populations will continue to increase pressure on city law enforcement until it a combination of “the right technologies and the right regulations on privacy” is required to maintain the security and quality of life for city-dwellers, according to Minin.

NtechLab’s technology strategy, therefore, is based on making identification regardless of where camera is located so that existing systems can be utilized, both on the government and commercial side. In addition to partnerships with major camera-makers, including Huawei, Hikvision, Dahua, and Axis, and an Avigilon partnership currently in the works, that means building the company’s new capabilities, like silhouette-tracking, into existing products.

Minin says to expect more announcements over the coming year, as NtechLab plans to maintain its focus on applying biometrics and AI to videos and photos, providing its partners and the channel with consistent innovation and high-end algorithms for accuracy, speed, and hardware optimization.