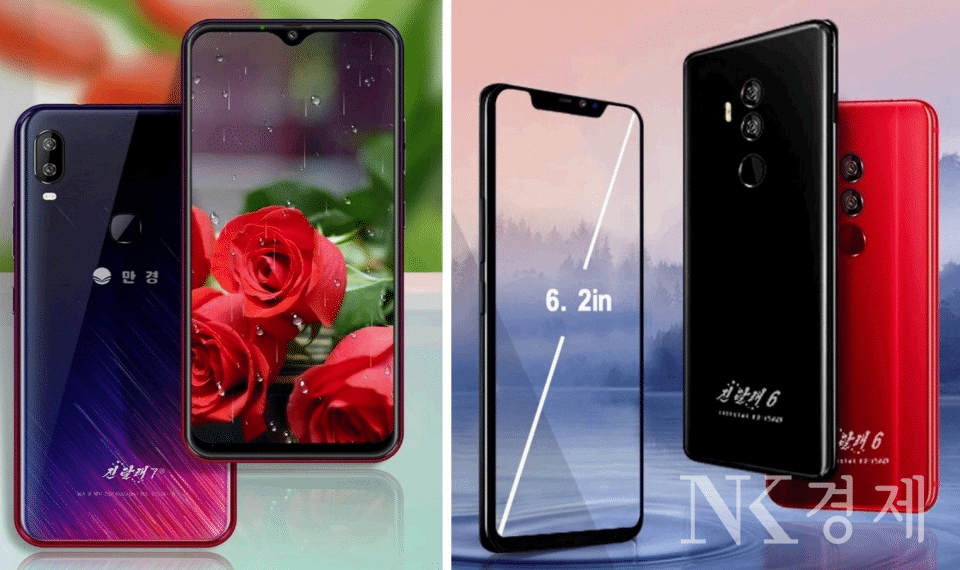 “Various types of ‘Jindallae’ smartphones, currently being developed and produced by Mangyongdae Information Technology Corporation, have been earning popularity since their launching due to their unique appearance, function, and convenience,” reads an article by state-run DPRK Today.

AI and facial recognition technology was displayed at Pyongyang’s National Exhibition of IT Success last year. Mangyongdae’s voice technology recognizes the user’s voice and turns speech into text. Advertising for the device appears to show it being unlocked with fingerprint and facial biometrics.

The first model, Jindallae 3, was released in 2017. While the latest Jindallae 6 and Jindallae 7 are actively advertised, not much is known about versions 4 and 5. The new phones come in multiple colors and shares iPhone X features such as no home button.

The source further states the devices might be developed for foreigners, while a number of reports have shown the smartphones are mostly made in China.

The new smartphones share features with popular phones on the market. Jindallae 6 hints at Samsung’s Galaxy S9+, and Jindallae 7 is similar to the Samsung Galaxy A30, according to NK News.