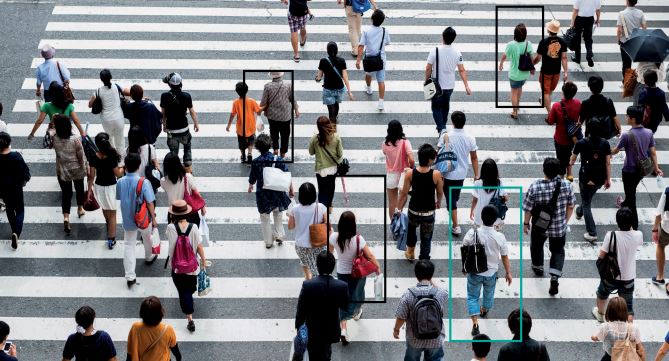 Take for example the biometrics startup Traces AI (formally known as Traces Inc.), which sells services based on algorithms that track people appearing on video by noticing 2,000 parameters of a person, none of which is on their face.

In an interview with Forbes.com, Traces AI Founders Veronika Yurchuk and Kostyantyn Shysh said they are talking with multiple Asian nations about using their service after the fact — to trace the contacts of people who test positive for the novel coronavirus. No further details have been released.

Working from an image or a description, the software pores over frames from standard camera networks as small as eight (and with no top end). It searches for and tracks attributes including age and build, hair color and style, clothing and bags, watches and jewelry, phones and glasses. Faces are blurred.

The Palo Alto, California company is a product of Y Combinator, which invested $150,000 in Traces AI last August. The founders have acknowledged in news coverage that during live searches, such as after a crime, its service’s usefulness degrades rapidly.

Limitations on facial recognition continues to be debated, with a handful of states, cities and counties banning or debating a ban of the use by public agencies, businesses or both.

Then there is the infamous case of web scraper Clearview AI, which has, without permission trawled social media to collect billions of face images posted to social media.

But even factoring out opposition to face scanning, there still are practicalities to consider. Most significant, CCTV cameras as a rule are placed above people in order to monitor medium to large areas. And much of the urban population of Asia — especially in pollution-choked China — wear masks, making faces less useful in surveilling people.

Traces AI is not the first player in biometrics to see bodies as valuable bits of evidence that artificial intelligence can gather.

Researchers at the University of Maryland’s Institute for Advanced Computer Studies, for example, have developed an algorithm capable of correctly reading a person’s mood 82 percent of the time by analyzing how a person walks.