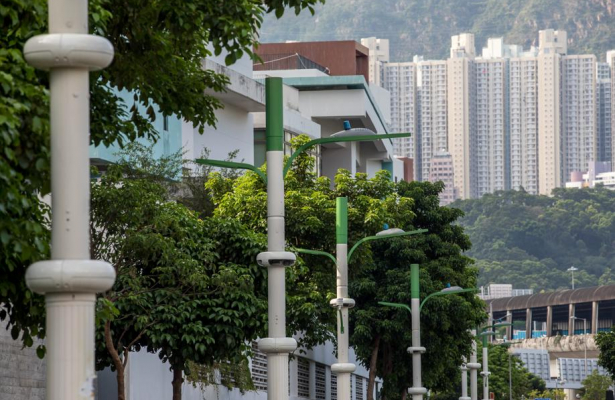 In an illustration — perhaps unique — of how critical trust is to new communications technology, an advisory committee in Hong Kong essentially has told China’s authoritarian leaders to practically bend over backward if it wants to put up monitoring lamp posts in the city-state.

A $34.7 million government project installing 400 multi-function street lamps across Hong Kong begun last June was halted after only 50 were bolted down. August anti-government protests interrupted the program when, according to local reports, several of the metal posts were sawed down.

The poles were suspected of holding facial recognition systems. The South China Morning Post has reported that the Hong Kong government, which answers to Beijing, denied biometric systems are involved.

It almost does not matter how truthful the denial was because a large portion of Hong Kong do not trust either their territorial or national governments’ statements. A vocal and emotional segment of the population feel that Beijing is encroaching on Hong Kong’s sovereignty.

And when it comes to facial-recognition and electronic tracking, trust is becoming more important than cost.

Hong Kong privacy and information-technology professionals make up the advisory committee. Members have recommended that the posts be more privacy friendly. Some devices should be stripped from the infrastructure while making everything about the project transparent.

Cameras should go even though other sensors likely would miss illegal waste dumpers. And vehicles can be counted with light detectors instead of cameras.

Aside from being lightning rods for popular political dissatisfaction, Hong Kong’s lamp posts are Wi-Fi hot spots and Bluetooth detectors. They record traffic, weather and pollution conditions and count pedestrians. Cameras are on the posts, the government admits, but only to witness illegal waste dumping.

Marketed as smart lamps, they have the capacity to act as 5G base stations as well, but public opinion is running against any upgrade like that for fear of irradiating passerby.

Perhaps just as upsetting as being told to change the specifications for urban infrastructure for Chinese bureaucrats, is the committee’s suggestions that guidelines for lamp-post operation and location be spelled out publicly. And data samples should be shared.

Though largely peaceful, domestic opposition to government use of biometric tracking technology is growing. San Francisco, Oakland and other municipalities have banned certain uses, at least temporarily. Other cities, like Chicago, continue to debate it with no resolution in sight.

At the start of this month, no less than the Vatican, the Pentagon, Microsoft Corp. and IBM Corp. talked about principles for the ethical use of AI systems, which include facial recognition.