Is palm vein recognition the future of biometrics in the new normal? 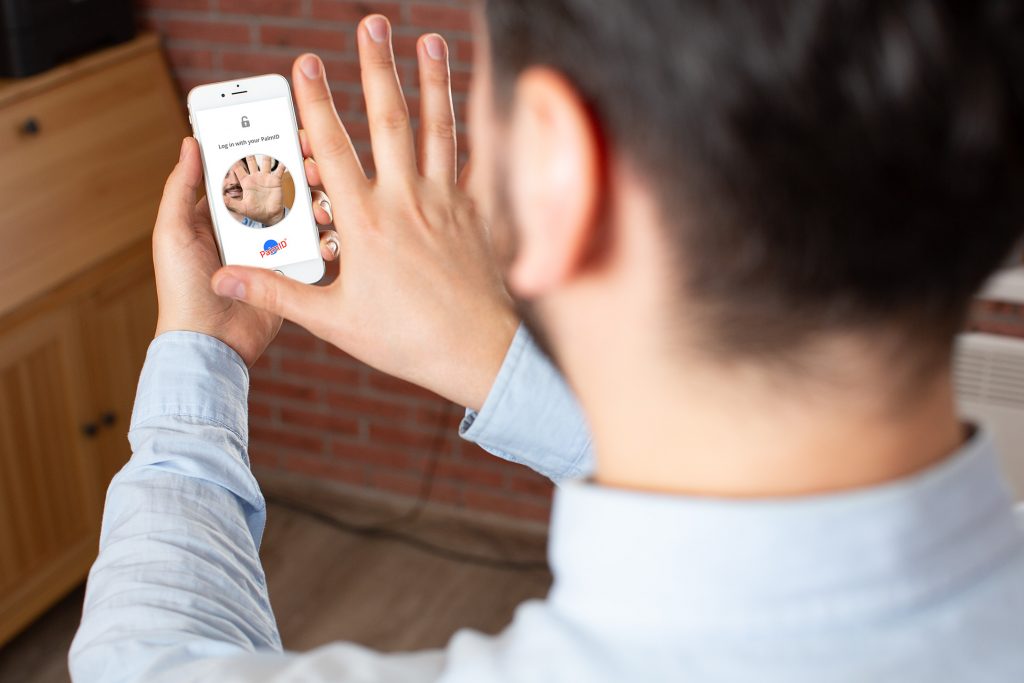 The vein recognition biometrics market is forecast to generate $1B annually by 2029, while the global biometrics market will surpass $45B by 2024, according to pre-COVID forecasts. As a result of COVID-19, contactless biometric technology will be in high demand, with a projected five-fold growth to $70 billion by 2030.

COVID-19 has taken a dramatic toll on the global economy. As governments are struggling to contain the virus and businesses are working on strategies to reopen, user behavior is also going through groundbreaking changes. The global health crisis is influencing people’s attitude toward interaction with touch-based solutions, making it imperative for companies to first consider user safety throughout enrollment and authentication by implementing advanced biometric technologies, Redrock Biometrics’ Lenny Kontsevich told Biometric Update in an interview.

“I feel myself quite uncomfortable touching the touchpad panel in a store, but there are other aspects because, for instance, people start wearing masks,” he said. “And using face biometrics also becomes problematic in many circumstances.”

Co-Founder and Chairman of Redrock, Kontsevich holds a M.Sc. in Computer Science and a Ph.D. in Physics and Mathematics from the Moscow Institute of Physics and Technology. He started his career in academia and continued it at the Smith-Kettlewell Eye Research Institute to study human vision. During his journey as an entrepreneur, Kontsevich founded two startups in the areas of image search and digital coupons.

At Redrock Biometrics, Kontsevich and his team have developed PalmID, the first palmprint-based biometric authentication system that works with any camera, and is allegedly more secure than iris recognition. In June 2019, Redrock Biometrics introduced the PalmID-X identification solution for large group identification, which leverages a mix of facial biometrics, location, and text metadata.

Worried their technologies might prove irrelevant, now that people are advised to always wear masks, Kontsevich says some biometric facial recognition companies will claim to train their solutions to deliver the same accuracy with facial masks. Although they are trying “to make noise around it,” there will be “a dramatic drop of performance of facial biometrics” and the “accuracy claimed for the whole face will be unattainable,” he believes.

COVID-19 will make people more open to switching to advanced biometric authentication for both enhanced security and safety measures, according to Kontsevitch. As palm images are nearly impossible to take without user consent, he is certain palm vein biometrics, as well as other relatively private body parts, are “really the future of biometrics.”

PalmID creates unique signatures by analyzing the skin pattern’s lines and creases. The palm represents some “5,200 fingerprints,” he says, as he explains how identical twins not only have different fingerprints, but also different palm skin patterns to tell them apart. The technology analyzes every possible pattern, it can capture an infrared image of the palm, and even works with the back of the user’s hand.

Before COVID-19, Kontsevitch says, despite privacy and accuracy issues, biometric facial recognition companies were a real competitor due to the technology’s convenience. The main difference “is that Palm shows intention; if you show your palm to the sensor, it means that you are aware of it and you want to show it. It gives more advanced computer vision.”

Redrock Biometrics has invested many resources in developing PalmID. While its technology was originally very accurate, it was quite slow.

“We could match with patterns of images in real time. Then we got up to thousands of images in less than a second, but that was not sufficient for public transportation,” he says.

The team then developed matching technology that used a database of tens of millions of records in real time. In this case, a payment can be operated simply by showing the palm. While the software has already been developed, hardware is in the making.

PalmID use cases around the world

Redrock Biometrics currently has two ongoing humanitarian service partnerships with Mastercard. As a result, the company’s biometric tech has been deployed for identity management in several African countries to enhance security and detect fraud.

Leading ATM manufacturer NCR has also chosen PalmID for its machines. All users have to do is show their palm to the camera and the image will be matched to a template collected from their smartphone app linked to the banking account. After the money is collected, the template is destroyed.

Japanese company Sony Life Insurance, a division of Sony Corporation, has also chosen palm authentication for its agents when using the app, and plans on rolling it out for other services in the future.

Q5id, an identity management startup, has recently implemented PalmID for enrollment and authentication. “Essentially what they do is they find duplicates,” Kontsevitch explains. Q5id helps telephone companies, cell service providers, and banks, among others, detect abuse and users subscribing with fake documents. By asking people to register their palms, unauthorized fake registrations will be immediately detected.

Barcode technology provider FalconPro Technology is using PalmID to support transit access and payments. Kontsevitch says they are already working on the hardware to run the identification centers.

For now, biometric-enabled payments are not actively used in many markets, but when they become more prevalent, the number of fraud attempts and attacks will increase. In terms of security regulations, privacy will remain a major issue, especially because people are not aware of all implications. Kontsevitch predicts a drop in popularity for facial recognition, which will no longer be the modality of choice.

Meanwhile, European regulation states a user is in full control of the biometric data, an approach which he believes will in time become “a gold standard for the rest of the world.”