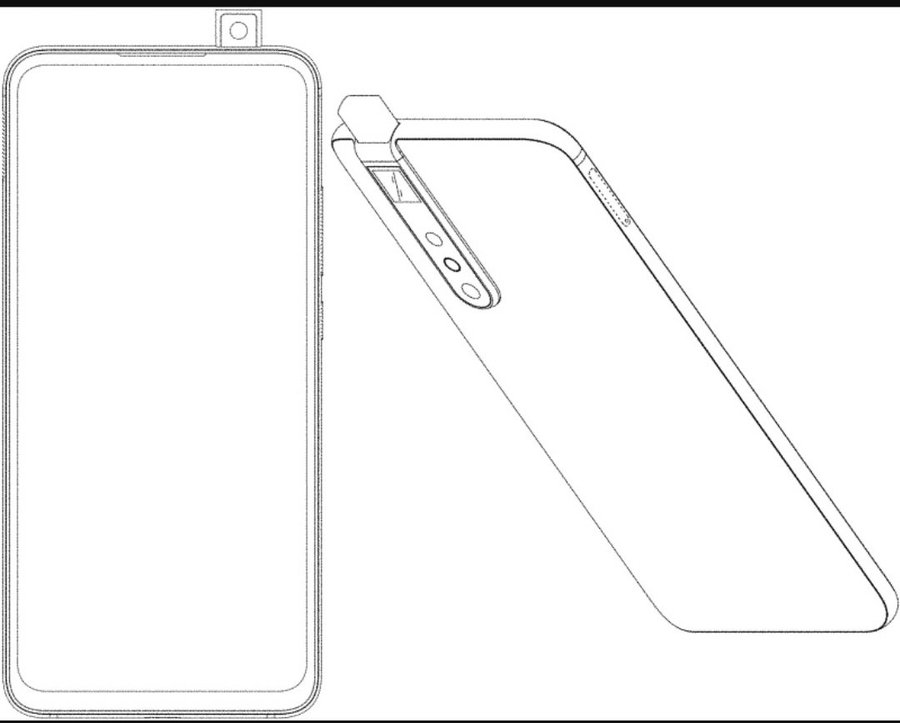 An Xiaomi patent for a new smartphone design that includes a pop-up selfie camera with depth sensing has been published. The patent application was filed in August 2018 when pop-up cameras were gaining traction.

In the meantime, the pop-up design has dropped in popularity and has been criticized that it makes the phone harder to protect from water. The new Xiaomi design shows a USB-C port, speaker grilles, but no headphone jack. According to GSM Arena, there is a chance that the project might have been scrapped altogether.

Meanwhile, the COVID-19 pandemic has brought an 11.8 percent year-over-year drop in the mobile phone market in China, despite a 14.2 YoY shipment increase in April, GizmoChina reports. Only 32 new phone models were issued in May, respectively 22 percent less than in May 2018. Out of the new releases, half were 5G smartphones.

In the last five months, new model launches dropped by 18.8 percent YoY. In May, smartphones shipments dropped by 10.4 percent from a year earlier. Some 46.3 percent of total mobile shipments last month were of 5G phones, the only sector to witness some growth. Overall, Chinese smartphone companies held over 90 percent of the market share.