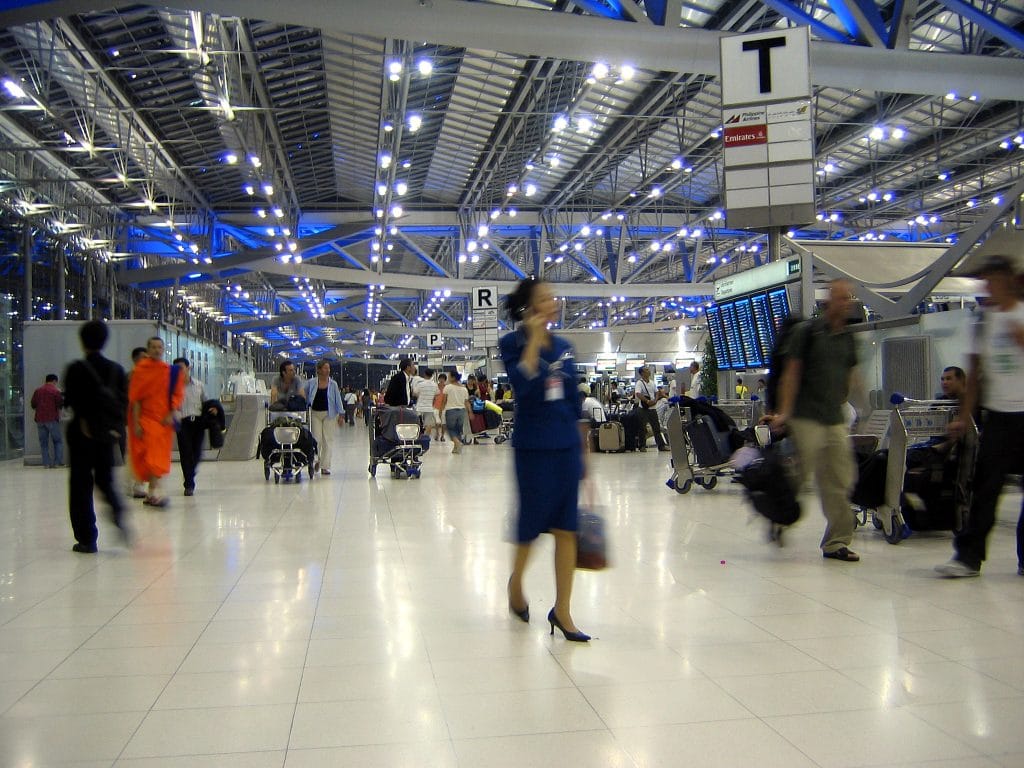 The role of biometric facial recognition in the near and longer-term future of the aviation industry has been discussed recently by experts from Securiport, Amadeus, IATA and Innovatrics. Implementations and changes to biometric systems continue to roll out as well, as the industry attempts to recover from the COVID-19 pandemic.

In addition to biometrics for low-stress, touchless and secure air travel processes, Securiport Chief Software Architect Nate Carpenter tells Future Travel Experience in an interview about the Epidemic Control System the company began developing in response to the Ebola outbreak in 2014.

Securiport had operations in several affected West African countries, and developed a way to allow governments to share information about where travelers had been with health ministries to facilitate contact tracing. This also requires a way to keep data separate and meet data protection and privacy requirements, Carpenter points out. The company also provided mobile infrared cameras to help detect travelers at risk.

Carpenter says by using advance passenger information, questionnaires about health status, and fever checks, Securiport could find people who pose health risks to others before they board an aircraft.

The big disruption to the industry is not actually a change caused by the pandemic, according to Carpenter, but rather an acceleration of the turn to biometrics-driven processes already underway. If technology providers and other stakeholders embrace “a new openness,” he says, the major changes can be completed in a year or two.

In the longer term, the aviation industry needs to use technology like AI and biometrics to lower the stress caused by travelling, Stefan Ropers, president of Amadeus’ Strategic Growth Business writes for Travel Weekly.

In the early stages of flight resumption, new hygiene protocols and touchless technologies are being implemented. Ropers says the deployment of biometrics to simplify passenger identification and speed up processes, along with other new tools, had already begun, but will need to accelerate to reassure both traveling customers and aviation employees.

The New Experience Travel Technologies (NEXTT) initiative, which IATA is working on with Airports Council International (ACI), includes a dozen different projects for seamless experiences for travelers during the on-ground portions of their journeys. In addition to the paperless, biometrics-based One ID, there are ONE Order booking, smart security, baggage tracking, and several other projects. Charbonneau says collaboration is the key to their success.

Innovatrics Director of Sales Bill Dumont identifies air travel, finance, and the public sector as three industries that will particularly benefit from biometrics as society struggles with COVID-19 in a BetaNews editorial.

Facial biometrics, e-boarding passes and related smartphone apps, and projects like One ID, can not only prevent or reduce the spread of the virus in airports, it can also potentially be used in contact tracing.

Vision-Box’s report ‘The Effects of COVID-19 Pandemic in the Aviation Sector’ likewise shows that while just under a quarter of aviation organizations currently use facial recognition, well over half plan to do so in the future.

The project is expected to reach testing in September after years of development by the Ministry of Infrastructure through the National Civil Aviation Secretariat and federal data processing partner Serpro. If successful, the program will expand to other airports in 2022.

Both security and boarding pass checks will be replaced by biometric comparison with a selfie on check-in, which can be done from home. Serpro will also check biographical and other details against government databases.

A pilot of the FRANKD COVID-19 testing system backed by Yoti’s biometric digital ID is expected to begin at a UK airport in early August after being delayed, Yoti CEO Robin Tombs announced on LinkedIn.

Tombs says the technology provides an alternative to harsh quarantine measures, with low-cost, accurate results delivered in 30 to 60 minutes. The GeneMe team, which provides the testing element, is now working to increase capacity.

Government agencies in the UK, U.S. and other countries are looking into the technology, according to Tombs.

As reported among the most recent biometrics news from Africa, Botswana has selected Pangea to provide an eVisa solution as the country seeks to digitise its services and make arrival at airports and land borders seamless.