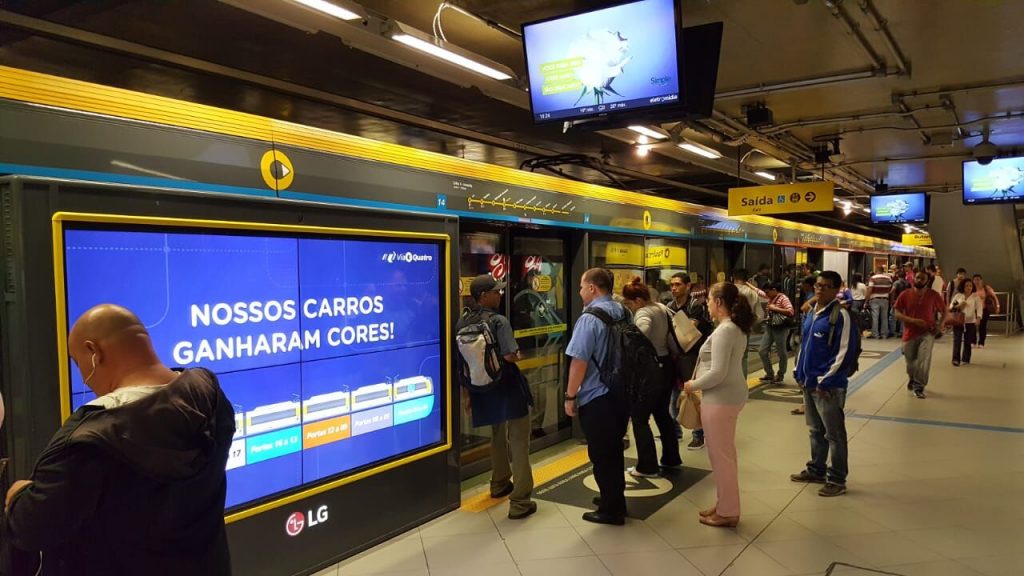 Digital rights advocate Access Now is calling for a ban on biometric data processing used for mass surveillance in public spaces, as it says AI technology deployments without user consent have increased.

Access Now does not agree with the claims and insists this is a critical step in how human rights in Brazil will be affected in the future. The watchdog warns that unless prevented, facial recognition surveillance would lead to human rights violations, especially for trans and non-binary people.

AdMobilize’s Digital Interactive Doors System was introduced in April 2018. It is a system of interactive doors which display ads. Cameras embedded in the doors let the system identify human faces and attempt to recognize people’s emotion, gender and age while looking at the ads.

IDEC sued the metro system in August 2018, accusing the institution of breaching consumer and privacy legislation. ViaQuatro was ordered to stop collecting data, but the case moved forward.

“We also point out that the ‘crowd analytics’ performed by the DID system are based on flawed scientific theories, in the case of emotion detection, and violate the rights of trans and non-binary people, in the case of gender detection,” Access Now writes.

The watchdog further states ViaQuatro’s claim of conducting facial detection and not facial recognition, without resorting to biometric information, is inaccurate. The organization claims ViaQuatro leverages two types of facial recognition to detect human faces and then classify them, a process which is impossible to carry out without biometric data processing. Not only is the data not anonymous, but metro passengers are unaware of this entire process taking place, never having had the option to give their consent or not.

According to a recent meta-analysis, “the science of emotion is ill-equipped to support any of these initiatives,” referring to the ability to accurately predict emotions from facial analysis.

A major mistake in the process is not considering content and culture. As per the same analysis, the system is “best thought of as Western gestures, symbols, or stereotypes that fail to capture the rich variety with which people spontaneously move their faces to express emotions in everyday life.”

As a result, the claims made are unscientific, Access Now concludes.

Gender detection is another issue affecting trans and non-binary people, as it is strictly associated with biological sex and only assigns the binaries of male or female.

The case IDEC vs ViaQautro is expected to come to an end soon and the ruling to have international impact.