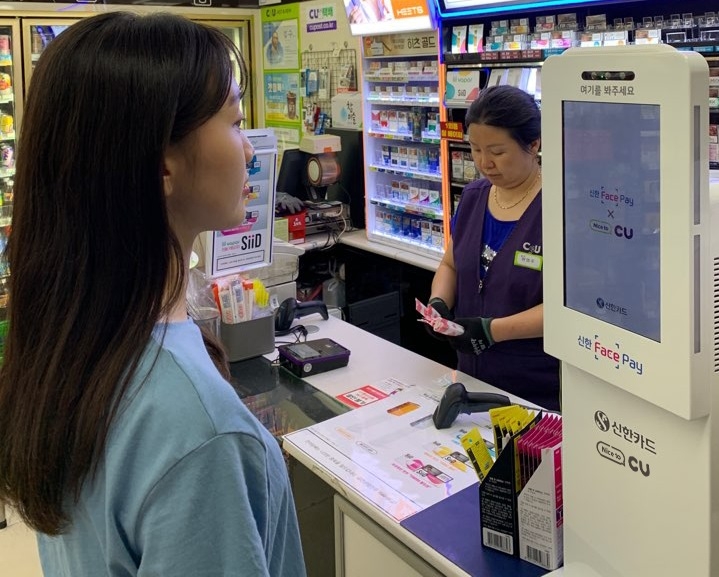 The biometric payment system supplied by Shinhan Card to the CU convenience store at Hanyang University in Seoul has been upgraded to track customers with facial recognition as soon as they enter the store, The Korea Times reports.

The change allows the store to operate overnight without a staff-person, according to the article.

The system, dubbed Shinhan “Face Pay,” was launched in April for frictionless retail payments. The payment service has been recognized as an “innovative financial service” by Korea’s Financial Services Commission, and the company plans to roll it out to more stores.

Because users need to be registered, a Shinhan representative said new locations would likely be situated in company buildings or other school campuses.

The comfort level most American consumers have with face biometrics in retail settings, however, suggests similar systems might not prove popular in the U.S.

One in ten American adults say they ‘strongly agree’ that they are comfortable interacting with face biometrics in retail stores, and another 7 percent ‘agree,’ according to a survey from AI software developer Myplanet. More than half (52 percent) of respondents to the company’s ‘Robots Among Us’ survey say they ‘strongly disagree,’ and another 19 percent ‘disagree.’

The response numbers had only minor differences between age groups, genders, and regions.

The fare of 90 tenge (US$0.21) is automatically debited from the user’s associated payment card, and a trial launched to a pair of buses in late-2019 has already been successfully completed, according to Mayor (Akim) Altay Kulginov. At the time of the trial, the cameras were reported to be supplied by Hikvision.

Kulginov also said the city plans to add 100 electric buses to its fleet in early 2021, which will feature the system. Users will have to remove their face masks, but will not need to present a card or anything else.