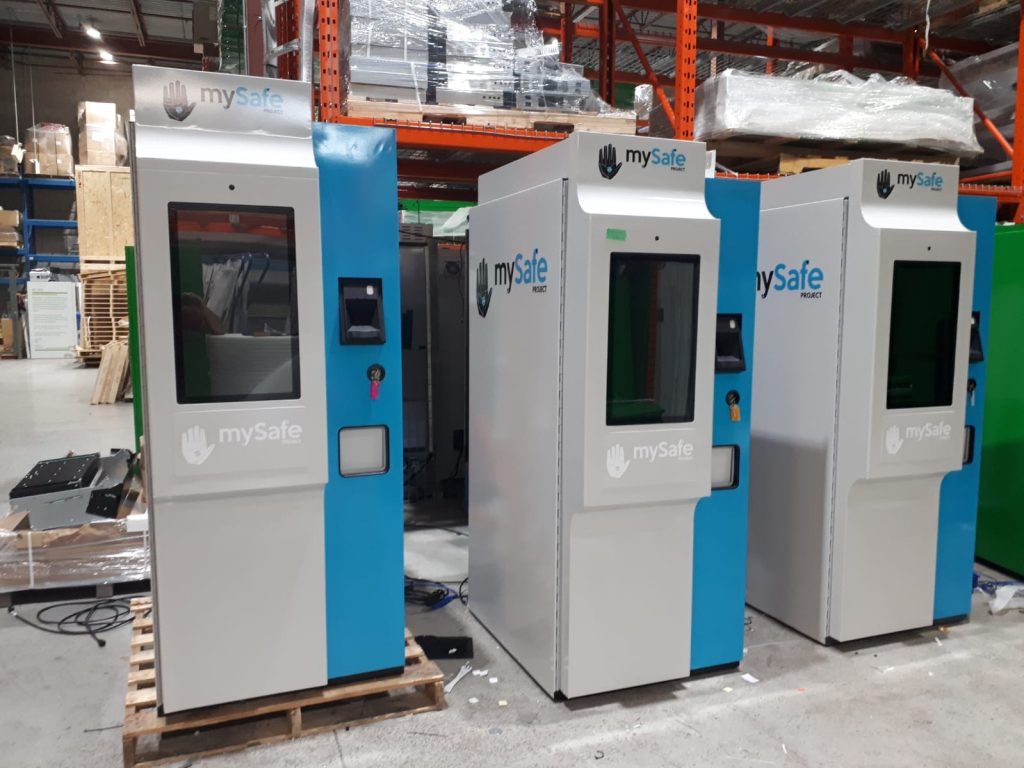 Biometrics firm ePortID is contributing a palm-vein scanner to the regulated goods-dispensing kiosk made by Dispension Industries. Few details of the partnership have been released.

The resulting 800-pound kiosk can be used to sell any products that are controlled by the government, such as nicotine, lottery tickets, alcohol and pharmaceuticals. EPortID’s access control system is built around Fujitsu‘s PalmSecure biometric scanner.

Customers hold their palms over the scanner to verify their identity. Then they use a touch screen to have their order dispensed.

Removing a retail employee from the transaction is expected to reduce the incidents when minors access restricted goods, hold down labor costs for sellers and minimize attempted robberies for retailers.

And employing a kiosk enables could help address opioid deaths.

A case study prepared by the firms outlines how not-for-profit organization MySafe is using the machines in Canada to dispense medical-grade narcotic alternatives to injection street drugs.

The project, which has the backing of Canada’s federal government, is designed to eliminate the need for addicts to gamble on toxic illegal narcotics. Dosages being free, it should reduce crimes perpetrated by addicts for cash as well as the instances of drug-related human trafficking.

Some addiction experts say that giving those suffering addiction a safe, legal and judgment-free supply of drugs can actually give their lives the only stability they have. Medical and addiction-treatment professionals can use that stability in an effort to help users eventually enter recovery.