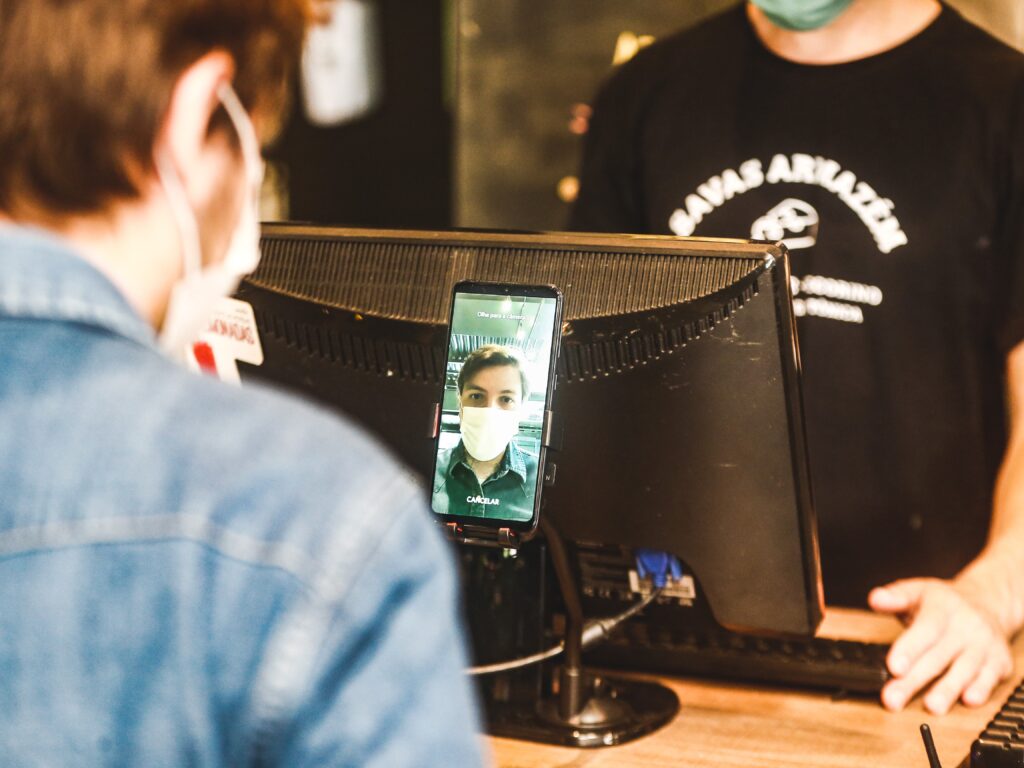 The $49 million dollar acquisition of contactless biometrics and passive liveness leader leader ID R&D by Mitek is just one of the major acquisitions jolting an already-lively market this week. Pangiam’s Trueface acquisition, Prove’s deal for UnifyID and Signicat’s purchase of Encap Security mark one of the busiest weeks ever for digital ID tie-ups. Customer wins and implementations involving Jumio, Precise Biometrics and Qualcomm, and Idemia in different application areas likewise show the market is in high gear.

Implementations of the EU’s digital health pass are already moving forward in seven European countries, plus the Caribbean holdings of another. Relative progress is being made in the U.S. in certain industry niches by Clear, and a parliamentary watchdog in Canada is warning public authorities in that country to proceed with caution.

EU officials are also considering the options for a digital ID wallet, in the form of a smartphone app possibly accessed through biometrics authentication, that could be used for public and private services access. The digital wallet could also be used for ID documents like mobile driver’s licenses, and is expected to launch within a year.

Thales reprints an article that originally appeared in a white paper, raising the thorny question of whether digital health passes for pandemic recovery are best cast as short-term solutions or the beginning of the transfer of people’s credentials to their control in the digital realm. Governments and technology providers have already been working on solutions like Thales Digital Identity Wallet, which the company argues may do a better job of providing the required trust and interoperability than purpose-designed apps.

The Philippines digital ID system is kicking into high gear, with an extension requested for a successful door-to-door registration campaign, and fraudsters are naturally attempting to insert themselves into the process. Less encouragingly the government is urging government departments and private sector organizations to accept the PhilID.

The proliferation of functional identities and lack of reliable foundational identities in Latin America makes the digital identification ecosystem uniquely challenging, idwall Founder and CEO Lincoln Ando writes in a Forbes Technology Council post. These challenges are illustrated by the shocking statistic that Brazil accounted for over 45 percent of the world’s credit card fraud in 2020. Meeting them means understanding the nuances of the local identity system.

Cryptocurrency wallet and exchange Klever has tapped Jumio to provide KYC and AML-compliant biometric onboarding as well as authentication for its users, who currently number over 3 million. The customer win comes just as the IRS has declared its intention to find a way to crack crypto wallets in cases where they are among assets seized from tax evaders and criminals.

Joy Buolamwini joins the Marketplace Tech podcast to explain the role of algorithm auditing in improving the accountability and reducing the potential biases of biometric systems, and what she means by the term “excoded.” Buolamwini says that the tension between corporate responsibility and fiduciary responsibility means external pressure is necessary to move towards ethical AI practice.

An ultrasonic under-display fingerprint sensor from Qualcomm, running on Precise Biometrics software and differentiated by its large area and ability to scan multiple fingers at once or enrol user biometrics with a single touch, will be featured in a new smartphone from Sharp. The AQUOS R6 is expected to launch within weeks.

Visa has taken its Fintech Partner Connect program, initially launched in Europe, global to help financial institutions pick the right digital technologies. Idemia, Jumio and Onfido biometrics are among those on offer in half a dozen categories, which are intended to help fintechs and small banks accelerate their digital transformations and save money.

Trueface has been acquired by Pangiam to bring its face biometrics to the aviation industry, in one of a series of digital ID industry consolidations this week. Under the deal, the terms for which were not disclosed, Pangiam will integrate Trueface technology, with Trueface’s founders continue to run the operation.

ID R&D has been snapped up by Mitek in a $49 million deal, with the latter saying the former’s voice and face biometrics and passive liveness detection enable it to secure the entire transaction lifecycle. ID R&D will continue to operate under its own brand, as well as building its technology into Mitek’s solutions.

UnifyID is being acquired by Prove to boost financial institutions’ balance between customer experience and fraud prevention with behavioral biometrics, and help them move beyond OTPs. Signicat also joined the party, picking up Encap Security to boost its biometric onboarding, and like Mitek’s acquisition of ID R&D, Signicat says it can now address the complete customer lifecycle.

The rash of acquisitions and investments focussed on face biometrics and contactless authentication is hardly surprising, taking into account a Fact.MR forecast that the contactless biometrics market will explode from a $9 billion market to a $40 billion one in the next ten years. Four in ten biometric systems sold last year were touchless, the report says.

Idemia India’s Matthew Foxton tells the Economic Times about the touchless biometrics and automated technologies the company has focussed on to keep its customers working during the pandemic. He also discusses Idemia’s hiring plans in the country, and how it sees its place in the Indian digital identity market.

Africa is more advanced than most of the world in using biometrics to produce reliable voter rolls, which may have contributed to a reduction in post-election violence on the continent. Further building trust in African elections, an ID4Africa livecast event audience heard, will likely take a range of measures, including legislation, public education, and true independence on the part of electoral commissions, though new technologies are on the way that could help.

The U.S. Federal Communications Commission (FCC) has proposed a ban on authorizations of equipment provided by entity-listed Hikvision and Dahua, and will also consider revoking previously granted authorizations, IPVM reports (subscription required and recommended). A vote is tentatively expected in the middle of June, which would also close the ‘backdoor’ by which integrators sell banned gear. Dahua said it plans to show the proposal is unnecessary, but the SIA expects it to pass.

That news comes as the Biden Administration takes its first steps to extend prohibitions against the use of products from Chinese companies allegedly providing surveillance technologies to support state repression and human rights abuses, as detailed by the New York Times. The executive order names 59 entities, including Hikvision but not Dahua, and blocks investment into named companies.

Please let us know about any articles, podcasts or webinar we should share with our readers in the digital ID and biometrics communities in the comments below or through social media.