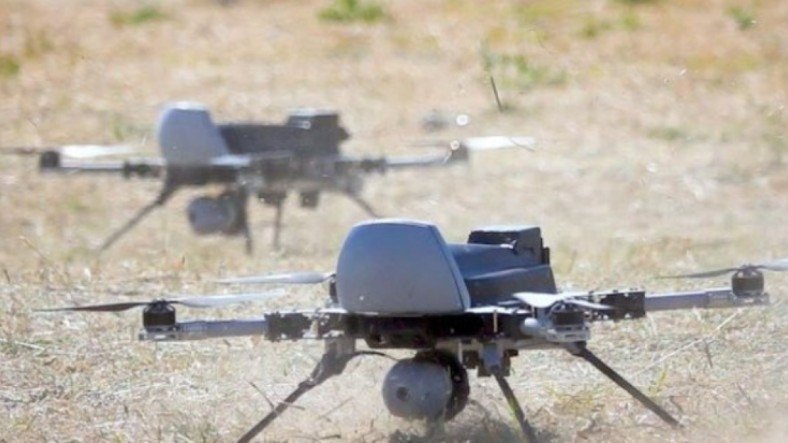 There is a lot to consider in news of at least one hunter-killer quadcopter participating autonomously in factional warfare in Libya last year. If true, that would a first for AI and biometric identification.

In fact, the most ominous phrase in a lengthy United Nations report about the latest chapter of Libya’s years-long civil war is how it describes the fighting as an “asymmetrical war of attrition.”

That is the model for nuclear war, and the Libyan faction that the UN is backing is the one programming and releasing AI weapons.

Authors of the UN document claim that Libyan Prime Minister Faiez Serraj in April 2019 ordered advanced drones and at least one Turkish-made STM Kargu-2 quadcopter loaded with loitering munitions, and apparently facial recognition, into the air to go after opposing forces. The opposition is other Libyans and foreign forces led by strongman Khalifa Haftar.

Like the UN, Turkey has allied itself with Serraj’s government. The international agency has prohibited exporting or introducing the Kargu-2 and similar weapons to Libya.

It is described in the report as being “lethal” and “programmed to attack targets without requiring data connectivity between the operator and the munition.” One of them allegedly, “hunted down and remotely engaged” retreating Haftar forces, causing casualties. It is not known how many were hurt or if any were killed.

The Kargu-2 spots its target and then dives rapidly to be as close as possible when something like a hand grenade is exploded.

This may not be a unique occurrence. The report indicates that an unspecified number of armed AI quadcopters are in operation in the skies over multiple locations.

Loosing a robotic war machine programmed to kill humans has upset many in and out of the AI community.

It hits alarm buttons about AI generally. There is no transparency at any level. It is software that holds the power of life and death over people. In fact, it exists only to find and kill people without human judgment. The first attack was a surprise to all but a select few.

Making it worse, this is happening in Libya, the land that until 2011 was ruled by Moammar Gadhafi, the Elvis Presley of evil despots.

The list of nations that played some role — at least turning a blind eye — in the battle that let AI weapons loose in the world is extensive.

It is dominated by those that could be worse shepherds of the technology than Turkey has been: Egypt, Jordan, Iran, Chad, South Sudan, multiple former Soviet bloc nations, Nigeria, the United Arab Emirates, Ukraine and South Africa.

Ultimately, this attack is crucial field testing, but more than that, it is market research. Politicians everywhere are watching world reaction closely to see if they can get away with it the way Libya and Turkey have.