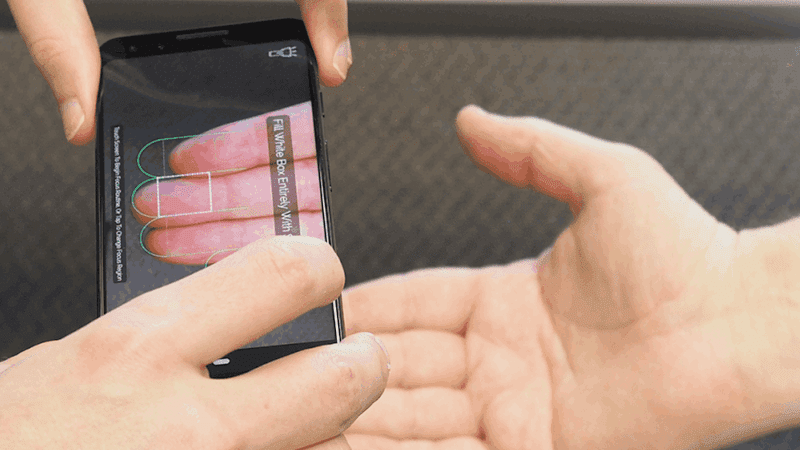 The patent applications were filed with both the U.S. Patent and Trademark Office and The European Patent Office, with one addressing the improvement of touchless fingerprints through minimizing error rates to below 2 percent to meet the FBI’s PIV requirements, ‘smart’ focussing, and enhanced image rendering to capture Level 3 features like pores and ridge shapes. The methods described by this patent result in touchless fingerprints with a strong resemblance to contact prints, according to the announcement. A second patent filing describes the concept of “archived identity,” with the fingerprint serving as a transaction record.

“Our partnership with Sciometrics expands IB’s reach as the global leader in mobile fingerprint-scanning devices through the evolving arena of high-resolution, high-quality contactless identity,” comments Shawn O’Rourke, CEO of Integrated Biometrics. “IB and Sciometrics will jointly help our customers to define the standards for contactless platforms offering interoperability with legacy databases created with traditional scanners.”

Integration Biometrics and Sciometrics announced their strategic alliance to develop touchless fingerprinting for smartphones in July.

The company is also supporting the City of London Police counterterrorism initiative Project Servator with its portable fingerprint biometric scanners, according to a LinkedIn post.

Under Project Servator, highly visible deployments of police will show up unannounced to conduct patrols in various locations, but not linked to specific threat intelligence. These deployments will utilize a range of resources, some of which will be highly visible, and others of which, including automated number plate recognition and CCTV devices, may be less visible.

IB revealed in a Tweet that the Idemia IdentoGO tablets which were recently rolled out by Kentucky’s DMV feature IB’s Five-O fingerprint biometric scanner. The tablets are being used to extend the ID-issuance functions of the DMV outside of physical locations.