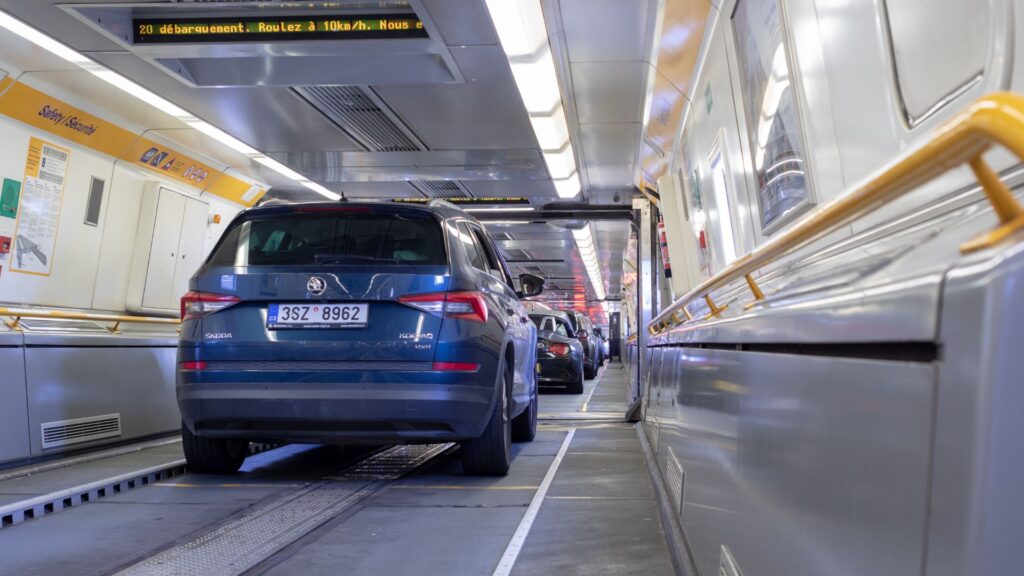 Transport executives who run cross-Channel transport links have warned of chaotic scenes at transport points when the EU’s Etias visa scheme comes into effect next year along with the Entry/Exit System (EES), requiring biometric identity verification. While enrolment for Etias, akin to visa-waiver programs such as the ESTA for the U.S. and required for all non-EU travellers, could be managed at the travel booking stage, biometric enrolment and the verification at the border could prove highly disruptive, warn the travel operators, who also have little information on what biometric controls are needed.

The EU has already announced potential delays to introducing the new systems, in part due to semiconductor supply issues. The May 2022 deadline has been pushed to the end of summer, meaning that peak tourist numbers will likely be avoided when it is introduced.

Speaking at an oral evidence-gathering meeting with the House of Lords Justice and Home Affairs Committee, which is running an inquiry into the impact of Etias for the UK, Tim Reardon, company secretary and head of EU Exit at Dover Harbour Board, said that ticketing systems could be updated to make Etias enrolment a prerequisite for a ferry booking, but the biometric side would be much harder to solve.

The current system sees ferry and Eurotunnel (the car-carrying train service between Folkestone and Calais) passengers driving through both a UK and then French border check Most of the ferry passenger problem will have to be tackled by French ports, while Dover is somewhat unusual in that France-bound passengers pass through the French border there, before embarkation. Eurotunnel and Eurostar have the same ‘juxtaposed’ border arrangements.

The vast majority of ferry travellers are in vehicles and some ferry operators have even suspended foot passenger tickets during the COVID pandemic. The new system will mean going through biometric checks for exit and entry into the EU. These can be handled easily by e-gates in airports, but pose a significant problem for ferry and car tunnel operations which do not have the infrastructure. Even Eurostar, the passenger train service between London and European destinations, claims not to have the space in its London St Pancras station to handle the new requirements.

“There is no such thing as an e-gate for a car, and there is no such thing as an e-gate process for people travelling as a group – they’re all one-at-a-time processes,” Dover Harbour’s Reardon told the Committee, in a session which is available to view online (from 10:33). He says there is a mismatch between the way biometric controls are handled and the way people travel – in vehicles and in groups – and there is no way yet to do this without people leaving their vehicles.

“You’re in the middle of live traffic, it would be equivalent to asking people to get out of their car at a motorway toll booth – it’s fundamentally unsafe and it can’t happen,” said Reardon.

A note for readers who have not travelled between England and France by ferry or train: Ferry and Eurotunnel assembly areas and their ticket and passport control points do involve ‘live traffic’ but not on public highways. It is more like a giant drive-thru where instead of collecting a meal, you end up on a train or ferry. It is not like a motorway toll booth as Reardon suggests.

Your reporter has travelled between England and France multiple times by Eurostar since Brexit. The COVID pandemic means passenger numbers are low, and very few ticket barriers are operational. Straight after ticket check at St Pancras is security, then the UK and finally the French border. Experience suggests that low staffing at the French border in London causes crowding in the terminal, and that once operational, the biometric EES could eventually speed up passenger processing once a significant number of passengers are enrolled.

John Keefe, director of Public Affairs at Getlink, which operates and manages the Channel Tunnel, rail freight and car transport via subsidiary Eurotunnel, told the Committee that any delays at the French border in Folkestone would have an immediate backup impact on vehicles passing across the UK exit border 100m away.

Keefe describes the issue that French border control authorities may want to oversee enrolment, the way passengers arriving in the U.S. or China have their biometrics taken. If this is the case and has to happen in person at departure points such as Eurostar and the harbors, rather than remotely in advance, there could be great difficulties for transport facilities.

Gareth Williams, strategy director and company secretary for Eurostar, told the Committee that “whatever the timing is, we don’t see a solution,” noting that British and other non-EU passengers will have to register at the juxtaposed border crossings at stations in Paris, Brussels and Amsterdam, but in nothing like the numbers St Pancras will see.

Williams explains how the ratios of passengers entering the Schengen area for the first time once biometric checks are introduced will have a critical impact on crossings. “If we take the peak of August, which is where we have the most number of likely first-time travelers – on peak trains it’s up to 80 percent of people who will have to go through the system,” said Williams, acknowledging that while Eurostar does not have the issue of people being in vehicles, the UK and French border points are just feet away, making space a critical problem.

“It is very difficult to get accurate information about the sort of processes and timings of this. We’re engaged with the French authorities in trying to understand and model,” said Williams, who also indicated his concern over the French intention to supervise the taking of biometrics at the border, whereas the UK model is planning to take them further upstream.

Eurostar applied modelling from the airline industry and applied it to Eurostar traveler numbers and found that it would require 30 kiosks, needing an area the size of the current space outside the ticket barriers at St Pancras.

Williams understands that it will take on average 92 seconds for a person to enrol at a kiosk for the first time, and then around 50 seconds to pass through on subsequent trips.

Williams said that in peak August travel, around 1,800 passengers arrive to take trains from St Pancras every hour. Of those, 1,500 would have to be enrolled in EES (non-EU citizens without long-term EU visas or residency) and it is likely that around 830 of those are estimated to be first-time travelers in the new scheme. There is at least one day like that every month of the year, with pre-pandemic passenger numbers of 11 million per year.

Eurotunnel also carries 11 million passengers a year and 600 vehicles per hour at peak times, meaning 1600-1700 passengers per hour having to enrol for EES at peak times, according to Keefe: “That’s an impossible task in the space that we have available.”

Keefe explained how there is a ‘renewal’ of passengers each year, meaning around half of all passengers are new from one year to the next. He calculated that 7 million passengers may have to be registered in the first year and 3.5 million in subsequent years. If a passenger does not enter the EU again in the next three years, they will have to reenrol.

“We don’t yet know what the biometric control process itself would be on arrival at the border,” said Dover’s Reardon, “Because the idea of pre-enrolling is to create a record which is then checked by some kind of process… but that e-definition of how that biometric control will be performed on groups in vehicles is missing.”

Reardon said it is unclear how, where and when vehicle passengers will register, as well as how they will cross the frontier.

“Conversations are a bit sketchy at the moment if I’m honest, and they’re few and far between,” said Reardon in answer to Lord Hunt’s question on the level of engagement with French authorities.

And there are freight drivers and crew. The witnesses are not clear what the process will be for them, but believe they will all have to go through EES each time after registering fingerprint and facial biometrics, but Reardon was pleased to point out that the vast majority of lorry drivers are European passport holders.

But are there some biometric technologies these representatives are unaware of? The U.S. Customs and Border Protection service is piloting systems that undertake face analysis of people still in their vehicles and a number of biometric equipment manufacturers produce mobile devices which would allow a border officer to board a larger vehicle such as a coach to conduct face-to-face checks without the passengers getting out.