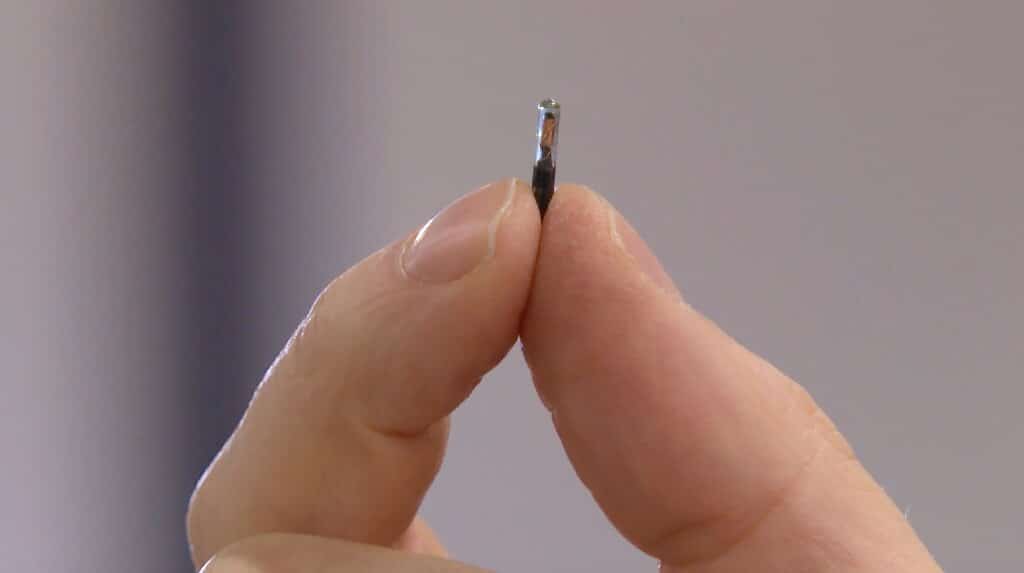 Several thousand people in Sweden have implanted microchips under their skin to give them closer-than-close access to their digital information, including digital ID credentials. Now, Tech Xplore reports that digital health pass credentials can also be stored on the subcutaneous chips.

DSruptive Subdermals developed the chips, which can store electronic keys, business cards, public transport passes, and now proof of vaccination. A representative of the company demonstrated how it works, pulling up a PDF of his vaccination record on his smartphone after scanning a chip embedded in his arm.

Managing Director Hannes Sjoblad says that advanced versions of the implants cost a hundred euros (roughly US$113), but can last for twenty or even forty years, compared to health wearables that can cost twice as much and then last for only a few years.

Privacy is not jeopardized by the implants, according to the company. The chips are not powered, and cannot transmit any data by themselves, so Sjoblad says they should not be looked at as tracking devices.

He also states a position firmly opposed to mandatory implants of the chips for anyone, including prisoners.

A customer of the company tells Tech Xplore that she feels her personal data is better protected on the chip than elsewhere. A recent survey of UK and U.S. millennials suggests that many of them are more comfortable with the idea of implants than sharing their personal data with governments.