Strength in partners and a maturing biometric payment cards ecosystem 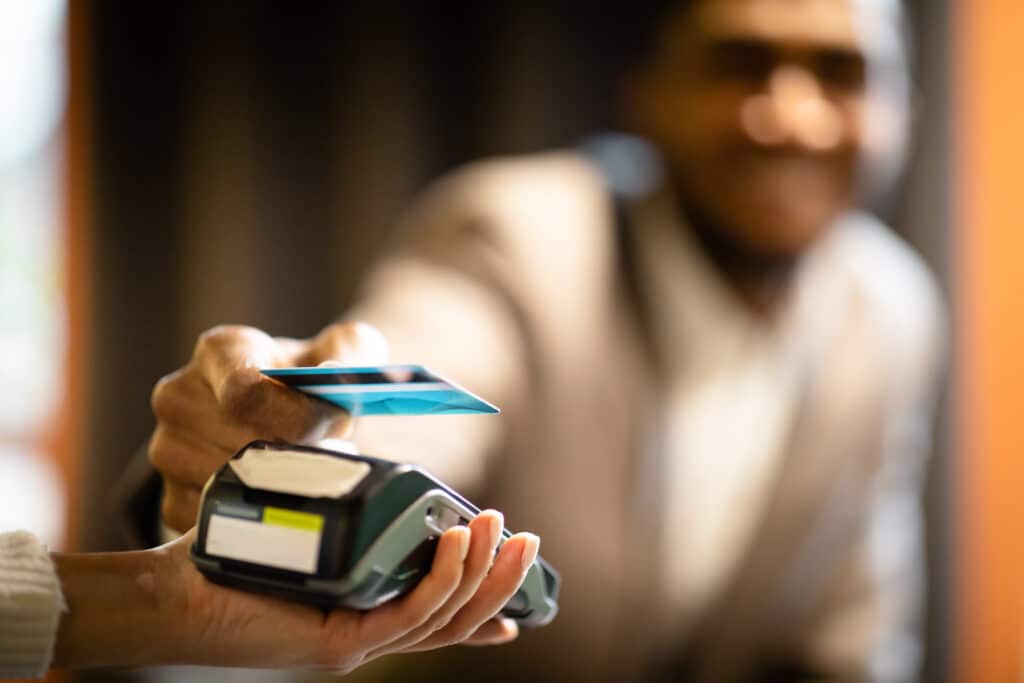 The ramp up to widespread mass market adoption of biometric payment cards will take substantially less than the time it took for contactless cards to proliferate, which was roughly eight years, according to executives of leading technology providers in the market. That means many readers would likely have one in their wallets by 2026 or 2027.

Idex Biometrics was already in deep collaboration with Idemia when Vince Graziani took over as CEO in March of 2020, he says in an interview with Biometric Update, along with Idemia Advanced Cards Business Line SVP Patrice Meilland.

“In the technology world with a system as complex as the biometric card is, the goal is to make it appear totally simple and seamless – you tap and go,” Graziani explains. “But it’s quite a complex system, it has strong processing power, it has to harvest energy from the POS terminal, everything has to work seamlessly, and to make that whole system together, you really need to partner very early on.”

Christian Fredrikson told Biometric Update in an interview earlier this year that hundreds of thousands of fingerprint biometric sensors have already been delivered for the payments industry. FPC, he says, is in all 6 production launches by banks, along with 25 pilots as of January.

The final hurdles on the supply side have been cleared, Meilland says, as shown by the certifications to both Mastercard and Visa schemes, as well as manufacturing validation.

Meilland credits close collaboration for the major gains made in addressing the technical challenges behind a completely contactless biometric payment card.

“In terms of the secure element and all the software stack that goes on top of it to make a biometric card, I think Idemia at first decided if we really want this technology to take off, we needed a drastic integration of components,” he recalls. “Because when we look at the previous generation of cards there were lots of components inside, which meant that they were expensive, they were difficult to manufacture, and they were not very reliable, let’s face it, because there were too many components. We wanted a card with just two components.”

“How we optimize the sensor solution, how this needs to work together, even these like the size of the sensor area and what sort of information we pass over for the matching algorithms and anti-spoof software; this is a deep collaboration on both sides,” he says.

Both companies work with different secure element providers, and Idemia also makes its own. The market volumes are too large for the technology players to be completely tied to any one supplier, according to Graziani.

“Having a small number of healthy suppliers means that you can really develop optimized solutions. It wouldn’t make sense to have 20 different suppliers, there’s just not a commodity product out there.”

With no need for POS upgrades, and consumers now broadly used to the idea of fingerprint-based access control because of smartphones, Meilland points out, what is being learned about most in pilots is the commercial and marketing parts, in addition to “technical stuff.” While not all of these will turn into roll-outs, “Out of all those pilots we’ll see a significant, I would say, conversion into rollouts in 2022,” he forecasts.

Fingerprint Cards’ Fredrikson identifies the marketing and method of enrollment as the two key decisions remaining to banks.

All are agreed that once the roll-outs start in earnest, they will come faster and consistently. Over time payment cards will become assumed to be biometric, Fredrikson says, “like today when you get your card at home, you don’t ask whether it’s a contactless card.”

Idemia makes its own secure elements, but also partners with other providers to supply some of the form factors it works with.

The supply side of the market, however, is not large, making it a key area for collaboration, as Fredrikson explains.

“Our collaboration with the leading ecosystem suppliers is really a key success factor for us,” he says. “And if you look at these secure element providers, the three biggest ones control about 85 percent of the market, and they have actually all chosen Fingerprint’s solutions for their reference designs.”

Meilland notes that NXP stopped its work on secure elements for biometric cards, saying did not see the market as ready yet. Infineon and STMicroelectronics are continuing to work on their solutions, however.

Compared to Idemia’s, Meilland says their solutions are “not yet as optimized as ours because we really wanted a secure element dedicated to biometric cards.”

When will they cross the Atlantic?

The roughly eight years it took for contactless cards to go from zero to a billion units, Graziani says, and that was drawn out by the requirement for new infrastructure and POS hardware. If such upgrades were needed now, Meilland suggests there would not be a market for biometric payment cards. Without that requirement, the adoption cycle could take half as long.

One point of agreement between all three executives is that fintechs and challenger banks add pressure to bring innovations to market in North America.

“These companies are already offering payment cards as part of their attempts to be full service and compete with traditional banks, but as Patrice said, they want a differentiated card,” Graziani explains.  “Their customers are frankly much younger than me and much cooler than I am and they want the latest technology.”

Fredrikson has a similar observation: “Very soon after they launch, all of them or almost all of them, always realize at the end of the day; ‘hey, we want our brand in the hands of the consumers.  We want them to see it and feel it. And if I look at it, after a while, they all want to launch some kind of card.”

This pressure will help to accelerate the market towards the tipping point, particularly in laggard markets like North America.

“As these companies launch and start to steal more and more market share, of course the larger banks will have to react, and when they react, they react in big volumes,” Graziani observes.

How long will it take to get to 1B?

If the market is going to take around five years to get to a billion units, the question becomes when the clock starts. Based on the pilot activity, Meilland and Graziani are confident that year one in four or five is 2022, if not 2021, when BNP Paribas launched the first major commercial rollout of biometric payment cards.

“It is very clear that that happened last year,” according to Fredrikson. “So now it’s about getting more banks.  And you will see, if you look at how contactless went into the payments industry, that the prices will continue to come down, and the volumes to rise. More and more banks will launch. Right now they are issuing them to small groups, high end groups, and they are charging for it.”

A series of rollouts are forecast for this year.

“2022 is going to be the year of activation,” Graziani says. “But the whole market will accelerate much faster than it did with contactless because there are no major obstacles holding it back.”

Idex has begun delivering volume shipments of its biometrics-system-on-chip to Idemia, and the cards can make their way from manufacturing facilities to consumers fairly quickly.

The time from receipt of the components to market can range significantly, Meilland says, based on different factors, but is typically six to eight weeks from getting the biometric sensor in-house to the final green light for the artwork (from the issuer) and the profile (from the scheme). This is followed by a week or two for personalization of the card, though he notes Idemia also does 24-hour SLAs.

For players without all the in-house capabilities of Idemia, Idex’ Graziani notes, the process can take significantly longer. The logistics may slow down the approach to the tipping point, and is one of the points where the broader ecosystem for biometric payment cards is still maturing.

Idex’ close partnership with Idemia avoids any such delays, and with the chips shipping, the watch now is for commercial launches and volumes.

“Really, we just needed to get the technology to the point where the user experience was seamless – we’re their today – and where the cost is at a point where you can justify it, and we believe we’re there today,” Graziani says.

“The upstream part of the ecosystem, at least if I talk about our partnership, I believe we’re ready,” Meilland assesses. “The product is qualified and certified, and it’s really now a go-to-market exercise with the banks.”