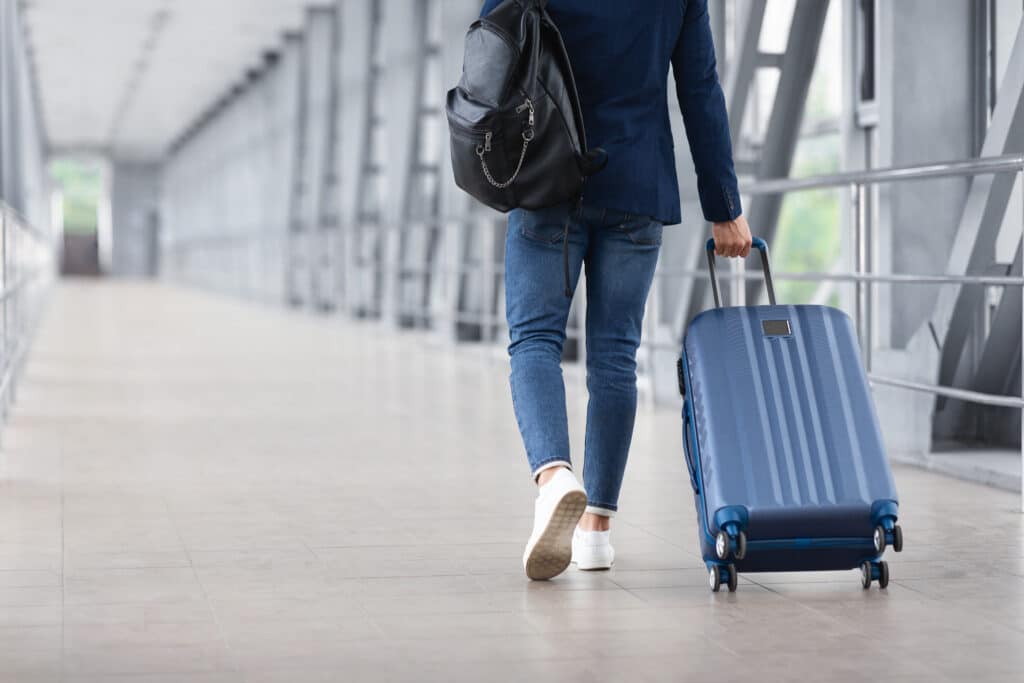 TSA biometrics have gone international, with a deployment in the Bahamas, while a CBP official updates the rollout of that agency’s face biometrics to airports and other border crossings. Amadeus has a new biometrics deployment in Jordan, Delta has expanded its use of the technology in at least one airport, and SITA has a new CEO to navigate the turbulence and opportunity both present in the market.

Face biometrics have cut identity verification times for air travel passengers in the U.S. to between two and three seconds, down from anywhere between 10 and 30 seconds previously, according to a government official. The simplicity of facial recognition scans is why they were chosen for passenger processing at airports in the U.S., Customs and Border Protection (CBP) Deputy Executive Assistant Commissioner Diane Sabatino told The New York Times in a recent interview.

Simplified Arrival now covers about 99 percent of inbound flights to the U.S., Sabatino says. Passenger lanes at land borders are also largely covered, and the agency is about to evaluate the results of its recently-completed 120-day pilot of the system for car lanes, carried out at Hidalgo, Texas.

The official claims to welcome scrutiny of CBPs biometric systems, and says that legitimate concerns come with any new technology, answering questions on surveillance and privacy fears.

“Our business use case is in identifying individuals at a time and place where they would normally expect to present themselves for identity verification,” Sabatino emphasizes. “We are not grabbing images and scraping social media.”

Sabatino also noted data encryption and that U.S. citizen data is often kept for much less than the maximum 12 hours allowed.

TSA’s biometrics-backed expedited travel service is available at more than 200 airports in the U.S.

The TSA PreCheck program has been continuing to evolve, and may soon include a self-screening process.

Amadeus deploys biometrics for self check-in and boarding in Jordan

Queen Alia International Airport in Amman, Jordan will test face biometrics from Amadeus on self check-in kiosks and at boarding gates for Royal Jordanian Airlines flights to Istanbul.

The biometrics deployment is intended to improve passenger experiences, increase passenger capacity for the partner airport and airline, and improve overall airport operations with increased automation.

“By trialing biometrics across the entire passenger experience, Royal Jordanian Airlines, Queen Alia International Airport and its operator Airport International Group are setting the standard for innovation,” comments Amadeus Vice President of Airport IT for EMEA Yannick Beunardeau. “We believe this technology yields maximum benefit for passengers and the industry when it is implemented at every service point.”

Airport infrastructure upgrades at three of Delta’s hubs will expand passengers’ use of biometrics.

Through a partnership with TSA, Delta is launching biometric baggage drop for passengers departing Los Angeles International Airport. At LaGuardia Airport in New York, contactless check-in and bag drop will be available to TSA PreCheck members through the Fly Delta app, with face biometrics likely supplied by Pangiam, as in Atlanta.

Enhanced technologies at Seattle-Tacoma International Airport will reduce passport check times and connection waits, the announcement says without specifying what technology is used.

The changes are part of a larger, $12 billion modernization plan, according to the announcement.

SITA has a new chief executive, with David Lavorel moving to the CEO role from his previous position as CEO of the SITA at Airports and Borders unit. The 20-year SITA veteran also previously served as CEO of the SITA for Aircraft unit.

“The air transport industry has been through an incredibly turbulent period. As we look to recovery, digitalization of the industry is a key focus,” states SITA Board Chair Dr. Omar Jefri. “David’s experience and knowledge of both the industry and SITA will be instrumental in cementing SITA’s position as a trusted partner, working with our shareholders to shape the future direction of the organization.”