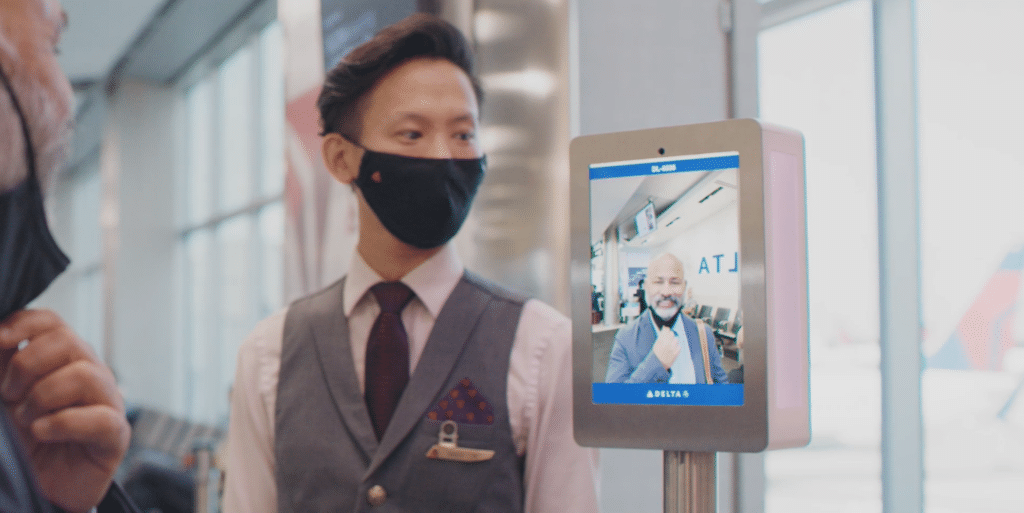 Pangiam is supplying face biometrics as part of a partnership between Delta Airlines and the U.S. Transportation Security Administration for bag drops and security checks at the Hartsfield-Jackson Atlanta International Airport, as well as flight boarding.

Travelers who are both Delta SkyMiles members using the Fly Delta app and TSA PreCheck members can use a digital ID based on face biometrics provided by Pangiam to navigate the airport, Forbes reports. Users opt-in to ‘Enable Face ID’ through the Fly Delta app to enroll their biometrics, and then can use the TSA PreCheck bag drop lobby in Atlanta’s Domestic South Terminal. At dedicated TSA PreCheck lanes, they can pass the security checkpoint without showing a government ID or boarding pass, before boarding with an increasingly-common contactless facial recognition scan.

A similar system is in production at a Detroit airport, and Delta says it is signing up about 15,000 members for the service each week. Delta’s international passengers have used facial recognition for several processes at Hartsfield-Jackson since 2018.

“This element of the customer journey is possible thanks to our strong partnerships with TSA, U.S. Customs and Border Protection and airport leadership, which were built over years of testing and perfecting facial recognition options for international customers,” says Greg Forbes, Delta’s managing director of Airport Experience in the company announcement. “Delta is writing the playbook for the industry as the first and only carrier to test this experience with TSA and TSA PreCheck.”

The partnership between Delta and TSA on the new biometric system for domestic travelers at Atlanta-Hartsfield was revealed earlier this month, along with the plans for its expansion.