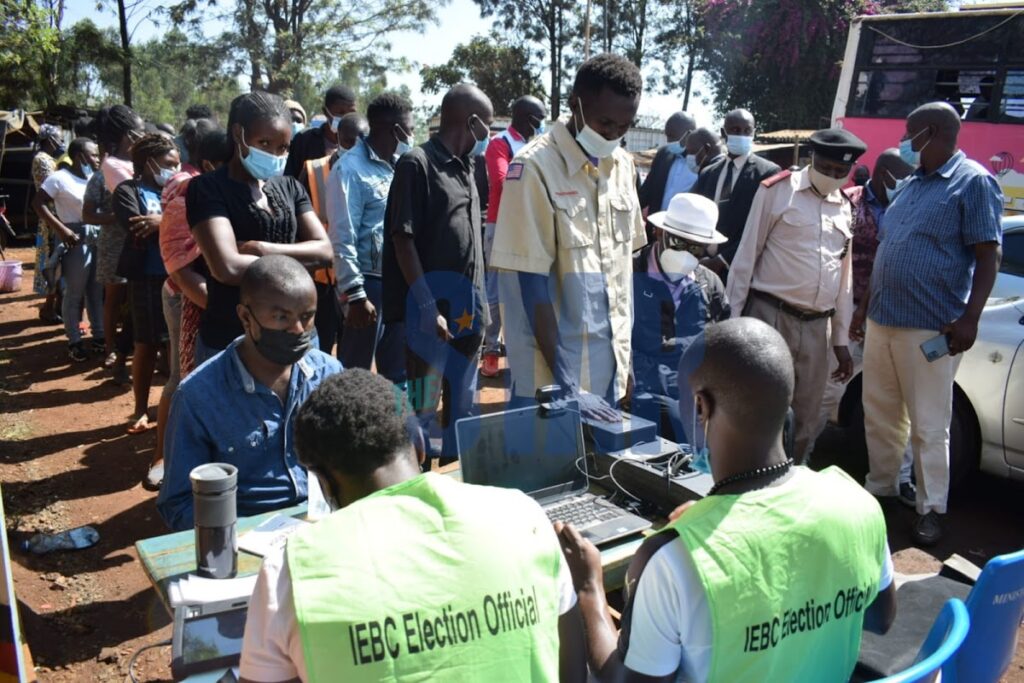 The Independent Electoral and Boundaries Commission of Kenya (IEBC) says it is suspending the second phase of the Enhanced Continuous Voter Registration (ECVR) drive which has been ongoing to enroll citizens’ biometrics since January.

The reason for the halt is to enable voters to verify their biometrics and other data on the Preliminary Voter Register which has been compiled by the IEBC.

The Star reports that the announcement was made recently by the Chairperson of the IEBC Wafula Chebukati in a gazette notice in which he called on all registrants to check if their data was properly captured at the time of registration. The suspension is due to take effect from Wednesday 4 May, per the report.

Citizens have until 30 May to verify their records on the voter roll, but the voter registration suspension will be in place until March 13, 2023, according to The Star.

Kenyans go to polls for general elections due to take place on 9 August 2022.

Speaking on the matter, the IEBC boss was quoted as saying: “The commission notifies the pubic that this suspension is to enable availability of the register of voters to the public for purposes of verification of biometric data and particulars of registered voters in accordance with sections 6A of the Elections Act, 2011.”

According to Chebukati, all those who applied to have their names enrolled on the voter register but their biometric data was not appropriately captured, will have the opportunity to channel a complaint to the Registration Office before 30 May for correction.

The second and final phase of the Enhanced Continuous Voter Registration in Kenya started in mid-January with calls for the IEBC to make the registration campaign more inclusive.

The biometric technology used in the process is provided by Idemia.