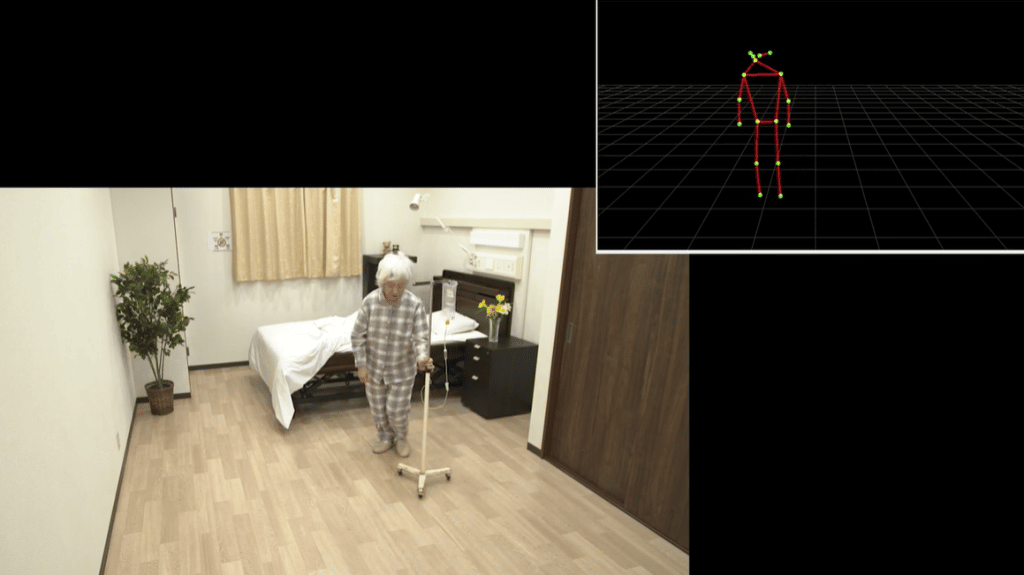 Fujitsu has developed a technology for accurately estimating the posture of the human body that the company says could help ensure the safety of patients in hospitals and nursing homes. Further, it does so without subjecting them to any loss of privacy to surveillance cameras.

Course-grained point cloud data collected with a conventional, low-cost millimeter wave sensor is typically not accurate enough for applications like detection falls, according to the announcement, but by applying its ‘Actlyzer’ artificial intelligence model, Fujitsu says it is able to deliver highly accurate pose estimation.

This can enable faster response times for nurses and caregivers in the case of a fall or other emergency.

Field trials were conducted with elderly people living alone in municipal housing units in Tottori City in February, using a prototype. Trials were then held at the Kawasaki Welfare Technology Lab (Weltech) in June, and Fujitsu and Weltech now plan to conduct field trials at a faciality for the elderly, beginning in August.

The technology features the capability to select suitable point cloud data for accurate posture estimation, along with training on a large-scale dataset and AI model, and the Actlyzer technology for detailed analysis of behavior.