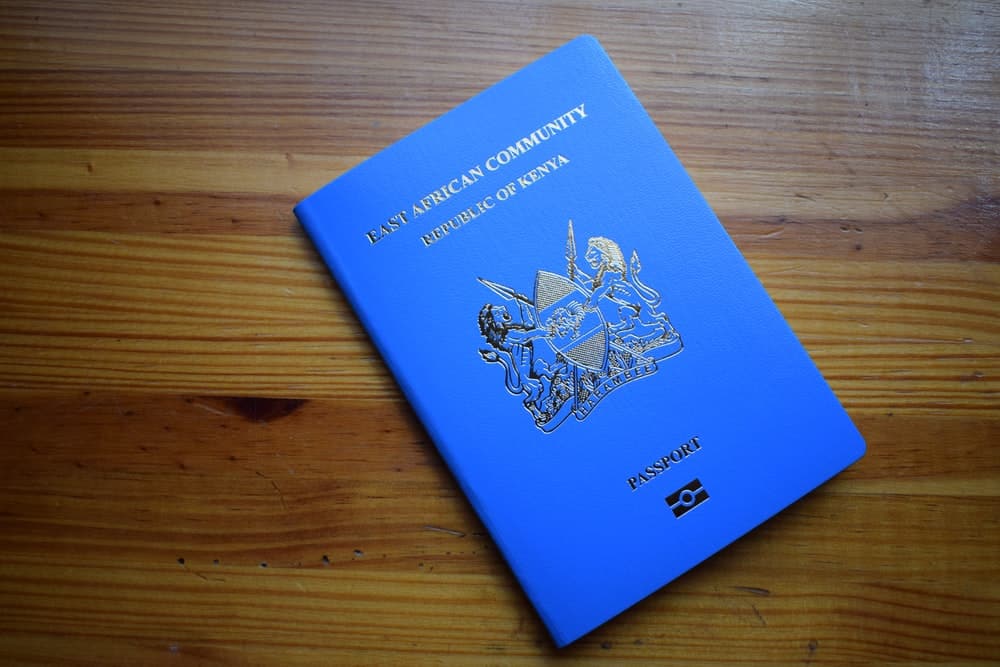 Kenyans have until 30 November to get new East African Community (EAC) biometric passports if they want to be able to leave the country. Travel on the old passports is set to end on this date, as per an agreement across the bloc.

The EAC is the sub regional economic and political bloc of six countries in East Africa, plus the Democratic Republic of Congo which was officially admitted to the group this year.

“Pursuant to the decision by the EAC Council of Ministers meeting held in Arusha (Tanzania) from 22 to 29 November 2021, the deadline for phasing out of the old generation passport for all EAC members states is November 2022,” a portion of the press release reads.

“In line with this decision, the Directorate of Immigration Services wishes to inform the general public that Kenya is bound to migrate fully to the new East African Community biometric e-passport by 30 November 2022. Kenyans are therefore hereby advised to acquire the new biometric e-passport to avoid any inconveniences,” the release concludes.

Meanwhile, as part of efforts by the government to facilitate the production of the EAC passport, more control centers have been established by the immigration services to ensure smooth and speedy delivery of the travel documents, according to reporting by Kenya’s state broadcaster, KBC.

Biometrics are often controversial in Kenya, most recently with issues around the use of biometric voter kits in the country’s recent general elections.

Russia’s Foreign Affairs Ministry has announced that the issuance of 10-year validity biometric passports for Russians abroad has resumed after technical issues with the system forced a hiatus.

According to a media message from the ministry, the process recommenced on 20 September and applications for the document are being accepted in all of the federation’s diplomatic missions and consular services around the world.

The message says appropriate measures are in place to ensure a steady workflow for the enrollment and issuance of the travel document.

A malfunction with Finland’s biometric passport distribution system has seen about a hundred copies of the travel credential delivered to the wrong addresses, reports Yle.

The National Police Board said recently that a batch of 550 passports was affected by the mail sorting error, with Board Chief Inspector Juhani Ruutu saying some of the passports were immediately recalled as soon as the problem was discovered.

Authorities have called on citizens who picked up the wrong passport to return them.