Motorola files patent for biometric courtroom in a car 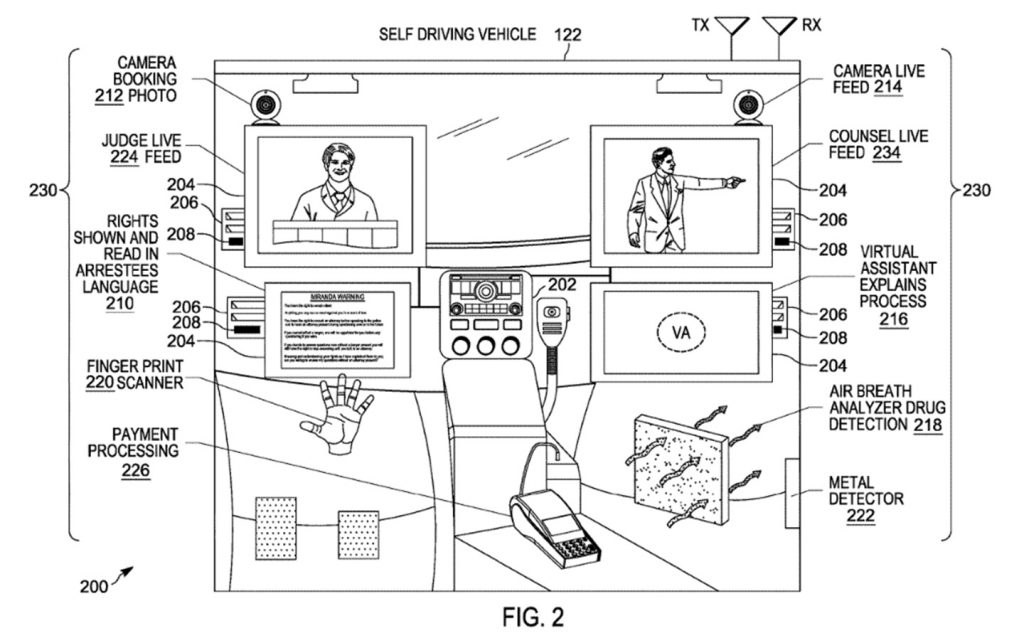 Motorola has filed for a U.S. patent for a “mobile law enforcement communication system,” which is a suite of tools for a self-driving police car, including facial recognition and fingerprint biometrics.

Sunday Times Driving spotted the filing, which describes a detained suspect being processed with biometric identification, a scan for weapons possession, and a breathalyzer. Suspects could possibly even be given a hearing from inside the vehicle through a live video feed. The system also includes an online payment technology to allow fines to be instantly paid.

The stated goal of the concept is to help streamline the justice process, but Times Driving notes that “quirky contraptions” are regularly patented by major companies without plans for implementation.

Different types of biometric technologies are being implemented in cars, however, with multiple connected cars featuring facial recognition on display at fall auto shows, and Synaptics vice president of marketing Godfrey Cheng telling Biometric Update at a recent demo of its automotive fingerprint system that biometrics will arrive on the dashboards of consumer vehicles within the next two years.