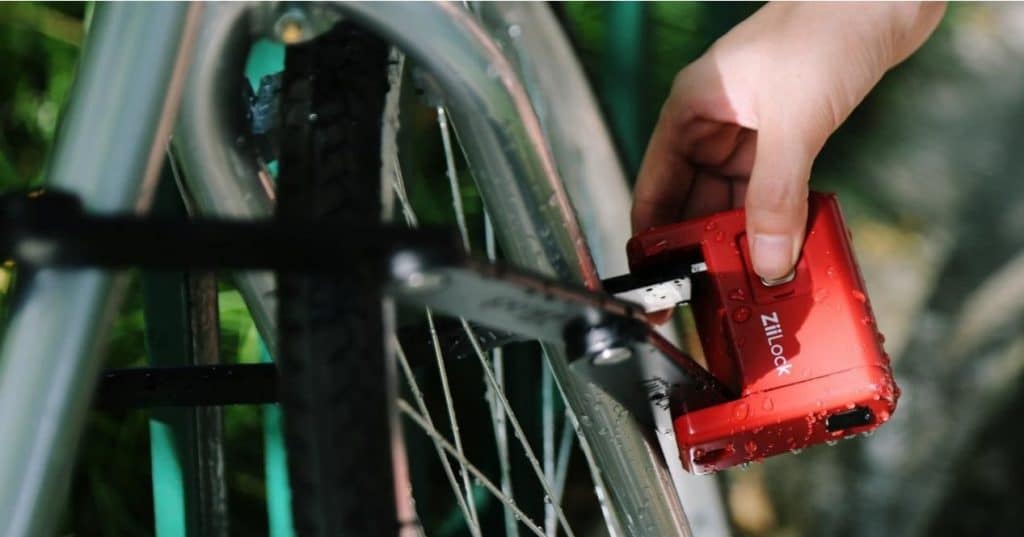 Fingerprint bike lock ZiiLock has run a successful crowdfunding campaign that seems likely to bring it to market. Unlock most existing fingerprint bike locks, which take the form of U-locks, ZiiLock says it is the “first foldable biometric bike guard.”

ZiiLock comes with an app for Android or iOS, which allows the user to lock and unlock the bike remotely with Bluetooth connectivity, and stores up to 20 fingerprints to allow use by multiple cyclists. The app also allows users to temporarily grant access to other users through their smartphones, and the lock comes with a motion detector to deliver alerts if it is handled by a possible thief. ZiiLock uses AES 256 encryption for wireless communications, is IP67 waterproof, and is made with 6.5mm-thick tempered steel bars.

The ZiiLock has an MSRP of $179, but is being offered for $99 as part of the crowdfunding campaign, with shipping promised for November.

An Indiegogo campaign has raised more than 10 times the original flexible goal of $5,062, as 349 backers had contributed with 25 days left.

BIO-key began selling its biometric and Bluetooth-enabled TouchLock Bike through Amazon in late-2018.