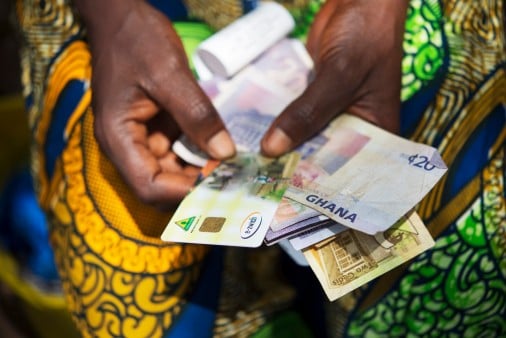 The importance of biometric legal identity from birth is something of a theme this week as UNICEF pushes the concept of digitizing birth registration and Benin procures more ID cards for its poorest citizens. African governments are learning from each other when it comes to holding biometrically verified elections, while African citizens abroad face mounting problems in their new locations when they are unable to apply for biometric passports.

There are also plenty of small positive stories involving biometrics this week, such as 141 Malian refugee students in Mauritania passing their BAC exams via UNHCR-provided biometric ID and Algerians now being able to apply online and have biometric ID delivered to their homes after a deal with the postal service.

Rates of birth certificate registration in parts of Sub-Saharan Africa have doubled thanks to UNICEF, and the EU is promoting new methods of registration and encouraging simultaneous digitization of the documents, a UNICEF spokesperson told South Africa’s eNCA.

It is expected that there will be 115 million unregistered children by 2030 in Sub-Saharan Africa, forming an ‘invisible generation’. Birth certificates are a “a child’s membership card into society,” said James Elder, UNICEF’s regional chief of communications speaking on South Africa’s eNCA. The documents are crucial for accessing government services such as education and allow governments to budget and reduce the risk of child being trafficked or ending up in child labor.

“The EU has been a great donor, trying to find things that work what we’ve found is that you join health systems with birth registrations,” said Elder, “Wherever a mum gives birth, that’s where she gets the birth certificate. Don’t make her come back a month later… do it at that moment and digitize it. And when we do that, whether it’s Uganda, Ethiopia, Mali, Senegal, we’re seeing numbers literally double”.

South Africa itself has excelled, according to Elder: “It’s a good news story with rates in the high 90 percents. It’s written into your law and more importantly than that, there’s an enabling environment to link birth certificates with health centers and so on… There’s been a 2 percent increase which is good when you’re already in the high 90s [percent]”.

According to Elder, the next 10-15 years present a ‘once in a hundred years opportunity’ to address high rates of poverty in Sub-Saharan Africa where over 70 percent of the population live on less than $2 a day. Legal identity is key as it secures the path via education to employment which is critical in Sub-Saharan Africa as the region is “seeing population growth we’ve never seen before in human history”.

Also this week, Tanzania has called for the mass registering of birth certificates as reports The Daily News. The country’s Registration, Insolvency and Trusteeship Agency (RITA) is urging residents of Simiyu, between the Serengeti and Lake Victoria, to turn out in large numbers to register for birth certificates.

RITA Information Officer Grace Kyasi is quoted as saying “A birth certificate enables the holder to access various services such as basic education, high school, health care, employment in government institutions, the military and private sector. What’s more, it enables a person the right to inherit the property of his or her parents.”

Tanzania is currently undergoing a mass registration exercise for its national ID card.

Ghana: Government workers to be paid ‘via’ E-zwich card to filter out ghost workers

Government worker salaries are to be paid via Ghana’s biometric E-zwich bank card infrastructure, according to The Pulse.

Public sector workers paid from the Consolidated Fund must apply for e-zwich cards, said Vice President Dr. Mahamudu Bawumia. He explained that all public sector workers would have their salaries “filtered through the e-zwich system” to reach their bank accounts.

The e-zwich is Ghana’s national switch card and requires biometric fingerprint capture which can be verified at ATMs and POS.

Also in Ghana, the Agricultural Development Bank (ADB) is urging more digital banking, according to The Ghanaian Times. The bank is to pursue online banking features including facial recognition

A biometric bank card is also to be introduced in Morocco, reports Les Eco. The BMCE Bank of Africa, Morocco’s leader for contactless payments plans to introduce a card that will rely on fingerprint verification.

The government of Benin is procuring 350,000 biometric ID cards from a supplier in France, according to Benin Web TV.

The cards are intended for the ‘poor and extreme poor’ and the order is one of the outcomes of the census called the RAVIP. RAVIP ID cards are issued after birth to ensure smooth bureaucratic registrations for health and education for the holder. It is not yet clear whether the government will provide the cards free of charge for those not considered poor or extremely poor. Citizens have expressed concern that their data will be held in France.

Gabon is planning to hold a census before the end of the year, Infos Gabon reports, which will include biometrics.

The ePassport price is Le750,000 (US$81), yet the manufacturer’s contract fee is pegged to the dollar. The passports should be sold for the equivalent of $100 which at the time of print was Le985,000 yet is still being sold for Le750,000, the Global Times states. One supplier ‘in a neighboring country’ has already halted production as it is running at a loss due to the exchange rate shift.

Overseas nationals from Guinea and Mali are experiencing issues in acquiring biometric passports. Some 5,000 Guineans in Spain are without a biometric passport and traditional passports are not being accepted for local government interactions, and are preventing Guineans finding jobs, according to Guinee Time.

Guinean residents’ groups are calling for their government to take action to make biometric passports available to nationals in Spain. The figure for those with the documents could be as high as 70 percent of the estimated 13,000 Guineans in Spain, according to Kale News. Residents’ claim this could lead to significant welfare issues and also point out that it will pose a loss of remittances sent back to Guinea by employed expats.

Malians in the U.S. have faced similar issues. Mali’s Minister for Malians abroad has visited the Malian diaspora in the U.S. to discuss how they can acquire documents such as biometric passports needed to be able to return to Mali, reports Bamada.

A conflict is developing in Guinea between the opposition and the country’s electoral commission as the opposition does not believe that the commission is capable of revising its electoral roll, Africa Guinee reports. Updates to the roll require registrants to undergo biometric verification, for which the opposition wants to call for international technical assistance.

A Chadian delegation has visited neighboring Cameroon on a fact-finding mission to learn how Cameroon handles elections, including the associated biometric elements, reports the Journal du Cameroun. Meanwhile the Journal du Tchad reports that Chad’s electoral commission has extended the deadline for its biometric ID card tender.