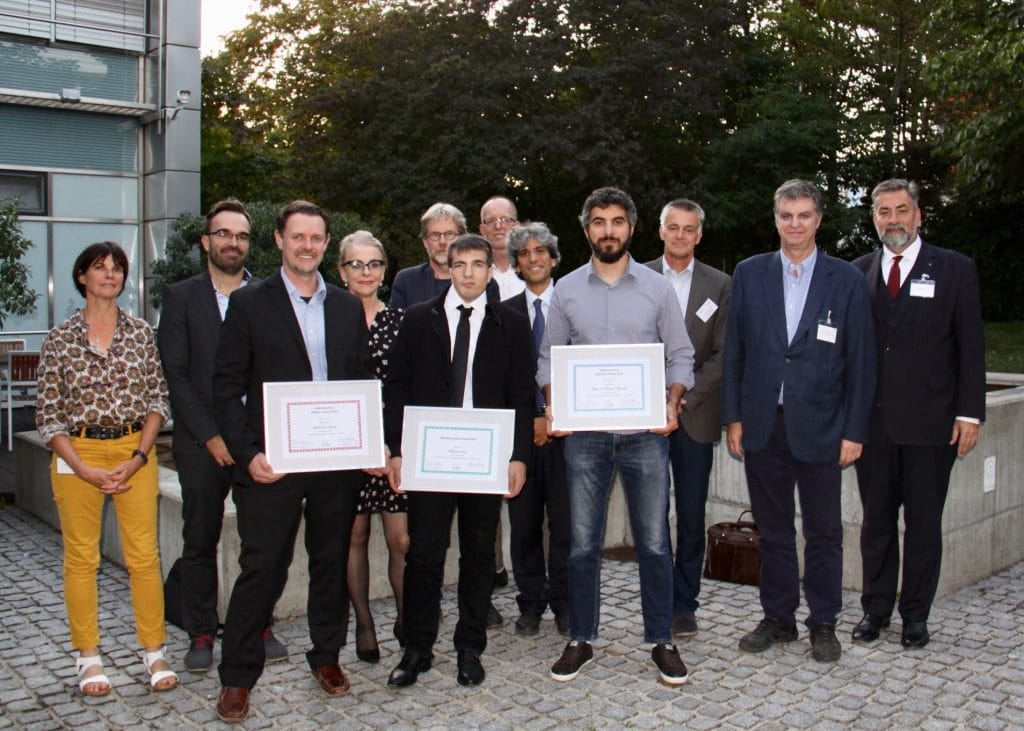 University of Ljubljana researcher Dr. Klemen Grm has won the first EAB Max Snijder Award for his research on processing low-resolution images to enable them to be used with face biometrics and other computer vision applications. The European Association for Biometrics (EAB) also presented the European Biometric Industry Award to Dr Patrick Schuch from the Norwegian University of Science and Technology and Dermalog for his research into an approach using Deep Learning to learn fingerprint indices from minutia templates for extremely fast biometric comparison, and the European Biometric Research Award to Tiago de Freitas Pereira of Idiap Research Institute and EPFL for his work on “Learning How to Recognize Faces in Heterogeneous Environments.”

The three awards, sponsored by Idemia and mymarq, have a total value of €4,000 (US$4,371), and all three winners are granted a free one-year membership in EAB. Winners were selected by an international jury, which chose three candidates from a broad range of high-quality submissions, according to the announcement, to present their findings to the jury, EAB members, and the public audience.

The new EAB Max Snijder Award honors the late founder and managing director of the EAB, who also started the European Research Awards in 2006. The award recognizes research efforts expressing a broader perspective on biometric applications. The three awards are granted annually to individuals judged to be making a significant impact to the field of biometrics research on the continent.

Grm’s PhD thesis is titled “Super-resolution for automated face recognition from low-resolution imagery,” and describes the use of a multi-scale image restoration loss function based on structural similarity to train a cascaded super-resolution network to upsample face images.

Schuch’s thesis on “Deep Learning for Fingerprint Recognition Systems” describes the aspect of learning neighborhoods for fingerprint indexing, and for some aspects, his approach has outperformed state of the art Minutia Cylinder Code in testing at independent benchmark framework FVC-ongoing.

Pereira’s research on comparing images from different domains, such as sketches or thermal images to photographs, suggests that Deep Convolutional Neural Networks trained on visual images can potentially use high level features to encode faces across different domains.