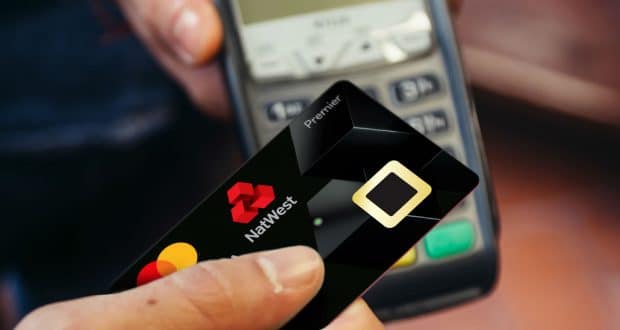 The most read stories this week on Biometric Update have a French theme, as a digital ID system using facial biometrics is launched, Gemalto becomes Thales DIS and also provides technology for biometric credit cards in the UK. More broadly, however, the themes of the week once again include concern about facial recognition, this time with an emphasis on regulation, and an alternative approach to digital identity that is gaining significant traction.

The decision by France to use facial recognition as an identity authentication modality for enrollment in its national digital ID program was the most frequently-read article on Biometric Update this week.

Gemalto loomed large in the news, as Thales unveiled its plans for integrating the solutions provider with its new Digital Identity and Security division, along with some healthy synergy and growth projections. Fingerprint-enabled credit cards from Gemalto and Mastercard were also issued by NatWest for the launch of a trial that is claimed to be the first of its kind in the UK.

In one of the week’s top stories, Biometric Update was live on location for the 29th edition of the Internet Identity Workshop (IIW), which features intensive engagement by stakeholders from across the decentralized and self-sovereign identity (SSI) ecosystem. Check out our conversation with several experts about the role of biometrics in this important movement.

SSI seems to be heating up as a topic, with SITA Lab Senior Solutions Architect touting an air travel-specific Trust Framework based on or inspired by the work of the Sovrin Alliance as a potential “turning point in aviation’s identity and data management” in a company blog post. A survey of more traditional airport biometrics implementations in Ireland, China, Thailand, Indonesia, Dubai, and Kenya was also among the week’s top biometrics news.

FIDO Alliance Executive Director Andrew Shikiar argues in VentureBeat that the hype train is rallying against biometrics in the wake of biometric data breaches, but with liveness checks and the right architecture biometrics are still the best way to ensure logical access security. Leading semiconductor maker Osram Opto discussed the convergence of trends towards higher security and smaller form factor in an exclusive interview with Biometric Update.

Several biometric initiatives for telecom and mobile financial services in Africa have advanced significantly, as our weekly wrap of digital ID news from the continent was again one of the most-read stories of the week. A video from Voice of America reports allegations by Privacy International that the EU plans to eventually access the national biometric databases it is supporting the establishment of in African countries in order to block migration – a claim dismissed by a European Commission, but which may represent anxieties growing along with identity systems.

The worthy humanitarian goal of reuniting people living in areas of the Bahamas still recovering from the disaster of Hurricane Dorian with their loved ones has motivated Trueface and Bluestone to create FindMeBahamas.com, which leverages facial recognition to identify those whose credentials have been lost.

This week’s facial recognition controversy news was dominated by the addition of Chinese biometrics unicorns Megvii and SenseTime, along with other AI firms and video surveillance manufacturers, to the U.S. government’s Entity List. Former World Bank President Paul Wolfowitz writes in a Wall Street Journal editorial that World Bank, along with liberal democracies around the world, is funding projects that generate revenue for parties to the Chinese government’s repressive policies targeting Muslims in Xinjiang province. Wired explores the possibility that the Entity List announcement is being used as another front in the trade dispute between the U.S. and China.

Swirling concerns about the privacy of PII and surveillance also received significant media attention this week.

FaceFirst’s work in support of the Commercial Facial Recognition Privacy Act of 2019 was the subject of another top story, as Congress attempts to formulate legislation that will protect privacy without stifling innovation. The push and pull between facial recognition providers, privacy advocates, and governments at different levels is examined in an interview with a representative of Privacy Rights Clearinghouse by MuckRock. Policy Counsel Emory Roane says regulation with narrow scope or informed consent clauses will not be sufficient to protect people from civil liberties and consumer privacy risks.

Facial recognition technology continues to improve, as the latest FRVT (1:N) results from NIST show. NEC came out a big winner in the latest algorithm assessment.

The U.S. Department of Justice has released an interim policy for using genetic genealogy in law enforcement investigations, which according to an editorial for The Hill by Future of Privacy Forum Christopher Wolf Diversity Law Fellow Katelyn Ringrose allows people who are not suspects to be swept up in searches, and lacks clarity around warrants. Also on legal confusion, Bloomberg Law has a good review of the split in the U.S. judicial system over whether or not compelling a suspect’s biometric scan to unlock a device violates the Fifth Amendment.

Motorola’s new corporate life as a provider of surveillance equipment, including possible police body cameras with facial recognition, as Biometric Update reported in July, is expanded on in a report by NBC News.

Politico has a deep-dive into the use of facial recognition at the land border crossings where it processes numerous people every day. The article includes perspective from NEC Corporation of America VP of Federal Operations Benji Hutchinson, and attempts to give a balanced view of the issues involved.

The article includes the ominous warning; “Talks in the House have turned to enacting a ‘moratorium’ on federal use of facial recognition until new standards are set.”

DHS OBIM Director of Identity Operations Patrick Nemeth, meanwhile, updates Nextgov on the progress towards making the new HART system operational, just over a year after a conversation along similar lines with Biometric Update. Phase one is expected to be completed in 2021.

As always, let us know through the comments below, social media, or email if you want to point out an item to the rest of the biometrics and digital identity community.